The family Colubrariidae owes the name to the colour pattern of most of their shells, with brown ‘taches’ on a yellowish or light brownish background, recalling that of various snakes. Like those reptiles, colubrariids are venomous species, in the sense that they produce a cocktail of toxins they utilize for their feeding: they are also known as ‘vampire snails’, because for many of them the hematophagous feeding at the expense of fishes has been documented. They are, together with some species of the family Conidae, the only gastropods capable of predating vertebrates.

Currently, the family includes about fifty species classified in about ten genera, but the systematics of this very interesting group of neogastropods is still unclear and could undergo even profound modifications with the ongoing studies based on the analysis of their DNA.

The colubrariids are distributed worldwide, in temperate and tropical areas, from a very few meters up to 200-300 m depth, but with a greater diversity in shallow waters (less than 50 m depth). Cumia reticulata (Blainville, 1829) is the only recognized species at the moment in the Mediterranean, already known in the past as Colubraria reticulata, distributed in the southern Mediterranean sectors; the remarkable morphological variability in the larval shell has repeatedly suggested the existence of more than one species, but this hypothesis needs to be tested by genetic data. 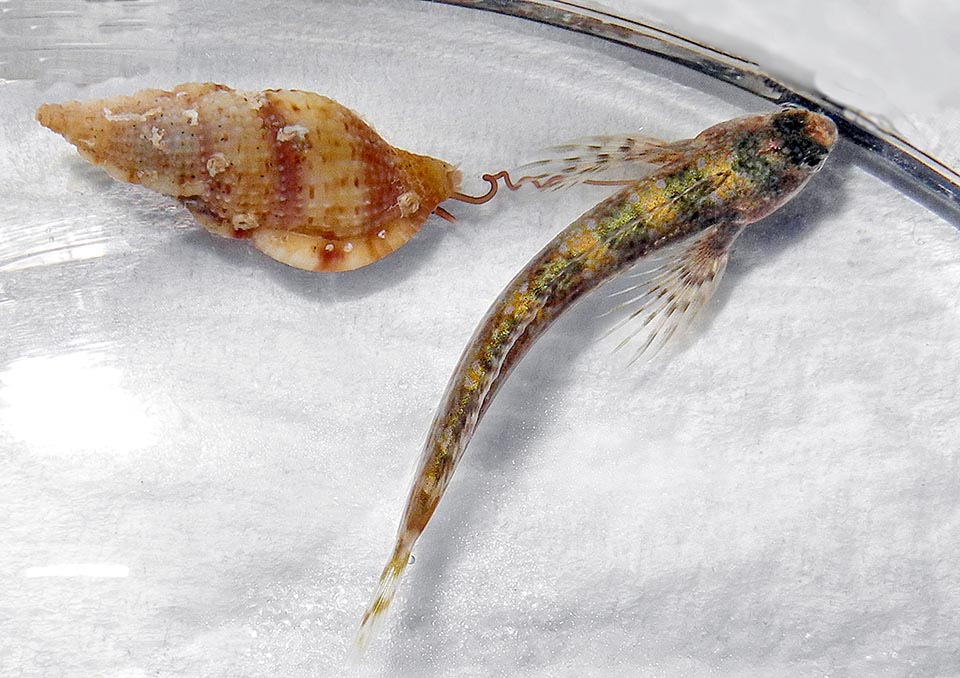 The name of the genus Cumia probably comes from the homonymous hamlet of Messina, that, in turn, comes from the Arabic “Qumiyah” (village), whilst the specific epithet reticulata refers to the axial and spiral sculpture of the shell that produces its typical reticulate look.

The colubrariids whose anatomy has been studied, show a series of morphological adaptations to a feeding based on fluids, and in particular hematophagous, including a long proboscis, an apical buccal mass with a very reduced radula, a simple stomach fillable with large quantities of blood.

The most interesting characteristics, recently studied in the Mediterranean species Cumia reticulata, concern the poisonous cocktails produced by the salivary glands and by the glandular tissue of the mid oesophagus. In these two organs the secretions contain dozens of distinct molecules with anesthetic and anticoagulant properties, and many others produced for not yet identified aims. 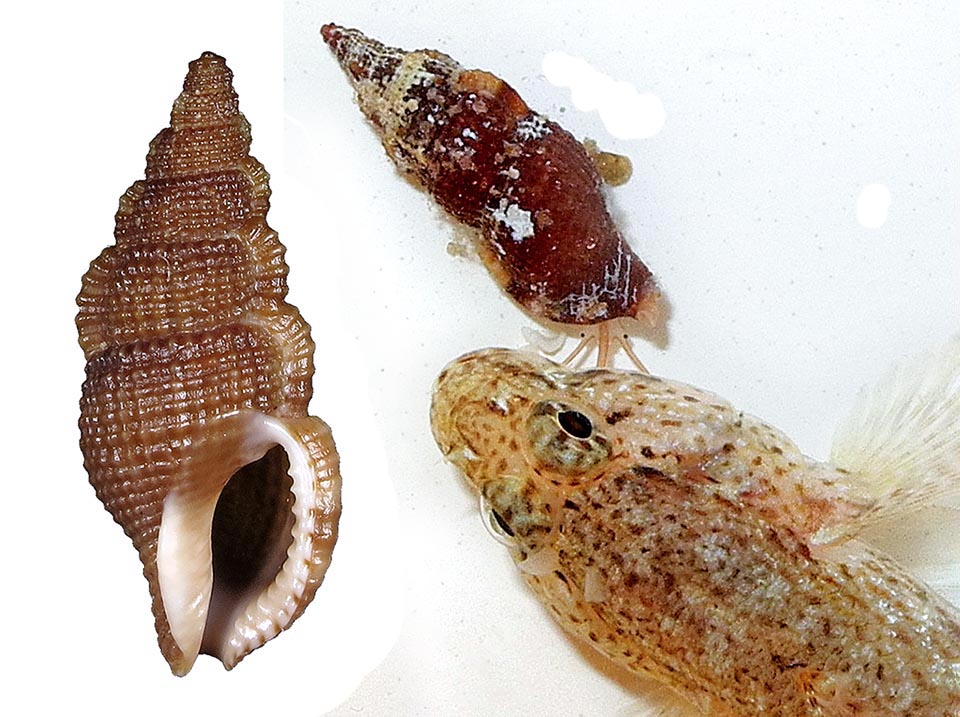 Here, a 19 mm long shell of Cumia reticulata, collected in Torre Colimena, Apulia. Like vampires, Cumia reticulata goes hunting during the night, looking for sleeping small fishes, to inject them with its venomous cocktail of anesthetic and anticoagulant compounds, and suck their blood. Rare case of a gastropod capable to predate vertebrates © Marco Oliverio

The few observations done on various species of Colubraria and Cumia, indicate that at least the shallow-waters species, spend the daytime under stones, in crevices and cavities of the reefs, whilst during the night they crawl out, like the legendary vampires, to feed of the fishes that get shelter close to their dens.

The species of Colubrariidae whose anatomy is known, have separate sexes and reproduce by internal fertilization. They develop with either a planktotrophic larva (that is able to feed on plankton, and has usually a longer pelagic phase), or lecithotrophic (that feeds, instead, only at on the yolk reserves, and consequently has a shorter or even non-existent pelagic phase), depending on the species (lecithotrophic in Cumia reticulata).