The species is native to Madagascar, Mauritius and Réunion where usually grows in the humid forests on rocks covered by vegetable debris and moss, less frquently as epiphyte on the trees, from the sea level up to about 1700 m of altitude. 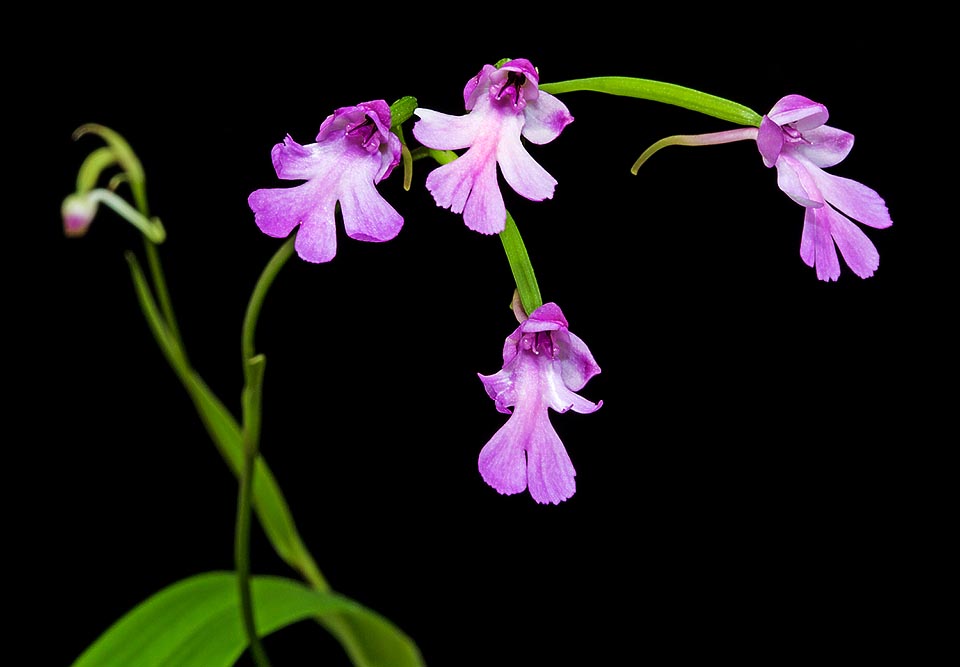 Racemose terminal inflorescence, compact, on an about 25 cm long erect peduncle, bearing up to more than 30 flowers, on a pedicel and ovary 2,5-4 cm long, of pale pink to purple colour, of about 2,7 cm of diameter; is present in nature also in an albino form. 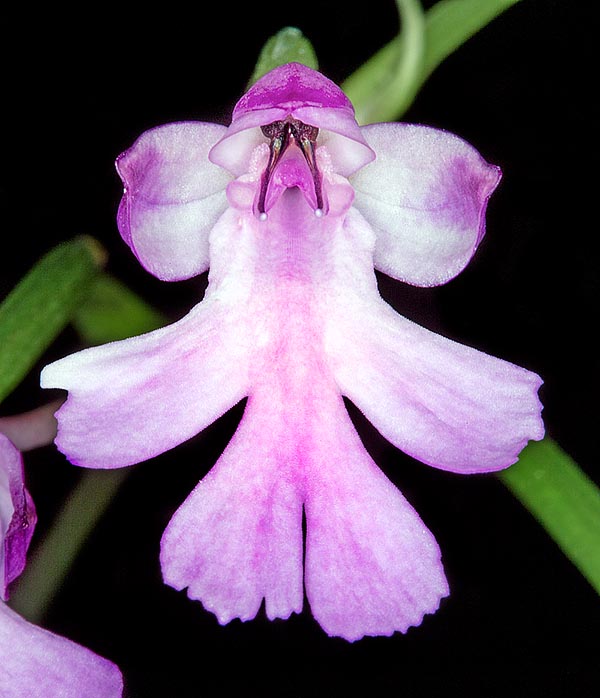 The species is self-pollinating.

At amateur level it reproduces by division of tillered plants. Little cultivated species that should deserve a greater diffusion due to the long lasting blooming, of some months.

The watering regime must carefully follow the trend of the vegetation, at the vegative restart, in spring, gradually begin the waterings, paying particular attention not to leave water on the emerging leaf, in order to maintain the substratum constantly humid, but without stagnations, at the end of the cycle, when the leaf falls, the waterings are to be suspended maintaining the substratum only just humid.

It is usually cultivated in pot with organic loam particularly draining and aerated, to renew frequently being the tubers easily subject to rottenness when the substratum tends to deteriorate.

Fertilizations, during the vegetative period, duly alternated with the waterings to avoid salts accumulations, utilizing a hydrosoluble balanced fertilizer, with microelements, at 1/5 the dosage, or less, than what suggested on the package.