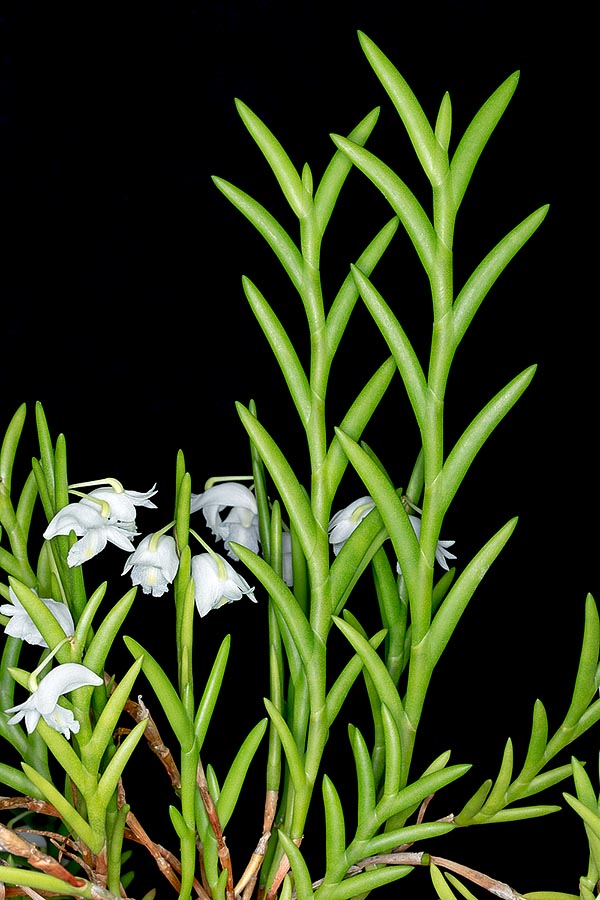 The Dendrobium sphenochilum is a New Guinea and Sulawesi epiphytic orchid with close stems, tendentially drooping due to the weight, seen that they may reach the 50 cm © Giuseppe Mazza

The species is native to New Guinea and Sulawesi where it lives in the rain forests and of mangroves at the margins of the water courses, from the sea level up to about 500 m of altitude.

The Dendrobium sphenochilum F.Muell. & Kraenzl. (1894) is an epiphytic species with close stems tendentially erect, up to more than 50 cm long, provided for all their length of alternate leaves, distichous, compressed laterally, lanceolate with acute apex, 2-5 cm long and 0,4-1 cm broad, fleshy.

Inflorescences from the apical nodes, on an about 2 mm long peduncle, with various flowers, of 2-2,5 cm of diameter, opening in succession, of white colour with yellow spot at the apex of the labellum; pedicel and ovary 1-1,8 cm long.

Oblong petals with sub-acute apex, about 1 cm long and 0,3 cm broad, labellum with cuneate base and emarginate obtuse apex and wavy margins, 2,2-2,4 cm long and 1 cm broad (spread), run by two thin crests almost up to the apex, and 1-2 mm long column.

It reproduces by seed, in vitro, by division and through the young plants forming at the nodes (in jargon “keiki”, that in Hawaiian means “sons”), that can be taken off when have formed their own rooting apparatus.

Vigourous species tillering quickly, with small delicate flowers, perfumed, of relatively short duration, about one week, but produced in succession for various months, requires a very luminous position, medium-high temperatures, 22-35 °C, and high humidity, 75-85%, together with a constant ventilation. Regular and abundant waterings, but allowing the roots to dry up before giving water again, utilizing rain water, demineralized or by reverse osmosis. It is usually mounted on pieces of bark or rafts of arborescent ferns roots with sphagnum at the base. 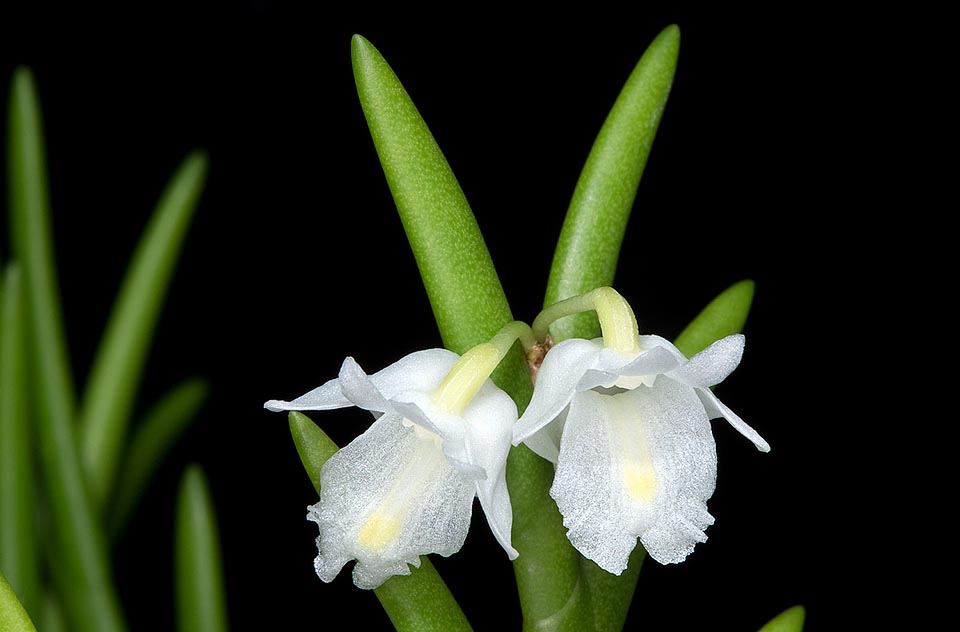