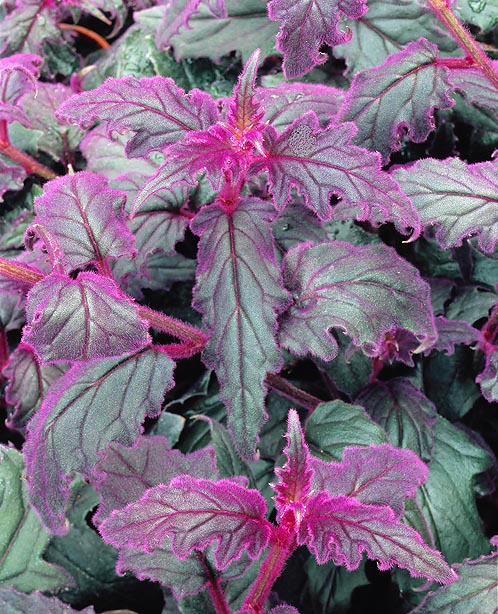 The plant is native to China (Guangdong, Guizhou, Hainan and Yunnan), Malaysia, Philippines, Thailand and Viet Nam, where it grows in the pluvial hill and mountain forests up to 1.500 m of altitude on calcareous soils. The name of the genus comes from the combination of the Greek word “ghyné” = female and “ourà” = tail, with reference to the long stigmata; the name of the species comes from the Latin verb “procumbere” = lie down, prostrate, with reference to the creeping appearance.

The Gynura procumbens (Lour.) Merr. (1923) is a perennial herbaceous plant, cespitose, creeping or climbing, with cylindrical stems which may reach 1-1,5 m of length and alternate leaves, 4-10 cm long and 1-4 cm broad at the base, reducing to 2-6 cm of length in the terminal part. The leaves, on short tomentose, purple red, petioles, are rather fleshy and smooth, with an ovate lanceolate form with pointed apex and irregularly indented margin, of dark green colour and covered by a thin and thick down with purple reflexes, particularly evident in the younger leaves.

Terminal panicle inflorescence, with 5-8 flower heads, typical inflorescences of the Asteraceae, formed by a crowd of sessile (without peduncle) flowers, spirally inserted on a roundish base, the receptacle, of 1 cm of diameter, surrounded by a cylindrical casing formed by a double series of thin and pointed purple bracts, the outer ones being about 6 mm long and the inner ones 15 mm. The flowers are tubular, hermaphrodite, 2-5 mm long with a 5-lobed corolla of orange yellow colour and prominent yellow stigmata; compared to most of the Asteraceae, the flowers of the outer ring, the “ray florets”, which in the daisies resemble to petals, are missing. The fruits, containing one only seed and called achenes in the Asteraceae , are about 5 mm long and surmounted by the pappus, the modified calyx of the flower, formed by a crown of white hairs, about 15 mm long, which have the function to help the dispersion of the fruits. Once the blooming has finished, the outer bracts of the involucre bend back and the inner ones enlarge in order to permit the exit of the achenes.

It reproduces by seed and, easily, by apical cutting in spring-summer, utilizing 8-10 cm long portions, cut just under a node and placed to root in wet peat soil and agri-perlite, or even pure agri-perlite; if the location has not enough humidity, to be placed in a small greenhouse, or missing this, to be closed in a small transparent plastic bag for 15-20 days, avoiding the sides of the bag touch the leaves, for keeping a high grade of humidity. Also the leaf cutting may be utilized, but this is a longer process. Much ornamental plant and easy to cultivate, it is utilized since tens of years for indoor decorations. 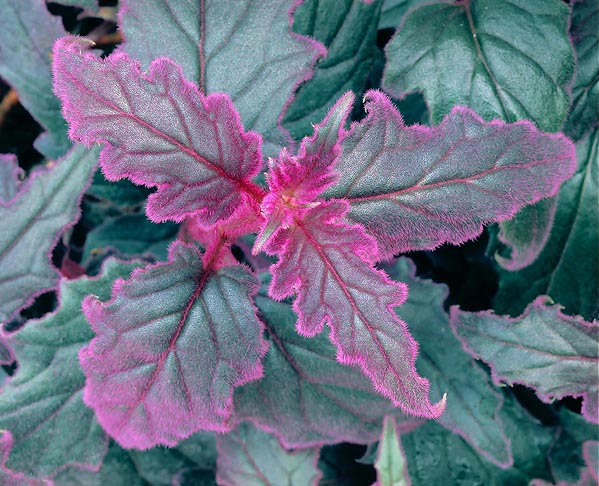 In the origin areas the leaves are eaten raw or cooked. Promising medical virtues © Giuseppe Mazza

It is to be preferably cultivated in suspended pots, utilizing a draining and aerated substratum which may be formed by peat mould and agri-perlite in equal quantities. It is to be placed in a very luminous position where it can get some hours of sun, possibly in the morning, which are essential for keeping it compact and for intensifying the colour of its leaves.

Watering must be regular in summer, but allowing the upper layer of the mould to dry up before irrigating again, reduced in winter and never exposing the plant to temperatures less than +12°/14° C.

We have to avoid wetting the leaves, as they can get easily stained and rotten.

The inflorescences are not much ornamental, they emit a quite unpleasant odour and usually are eliminated upon their appearance; in order to keep a compact form, the plant is to be frequently pruned for stimulating the production of new branches.

In the origin countries, the plant is cultivated since the old times for alimentary utilization and for the popular medicine.

The leaves are eaten raw, for aromatizing the rice and in salads, as well as cooked in several ways.

Extracts from the leaves are variously utilized as anti-inflammatories, anti-rheumatics, anti- hypertensives, in the diabetes mellitus and in other pathologies; during the last years they have intensified the studies on the substances contained and on their properties, with promising results for a possible employment in the pharmaceutical industry.