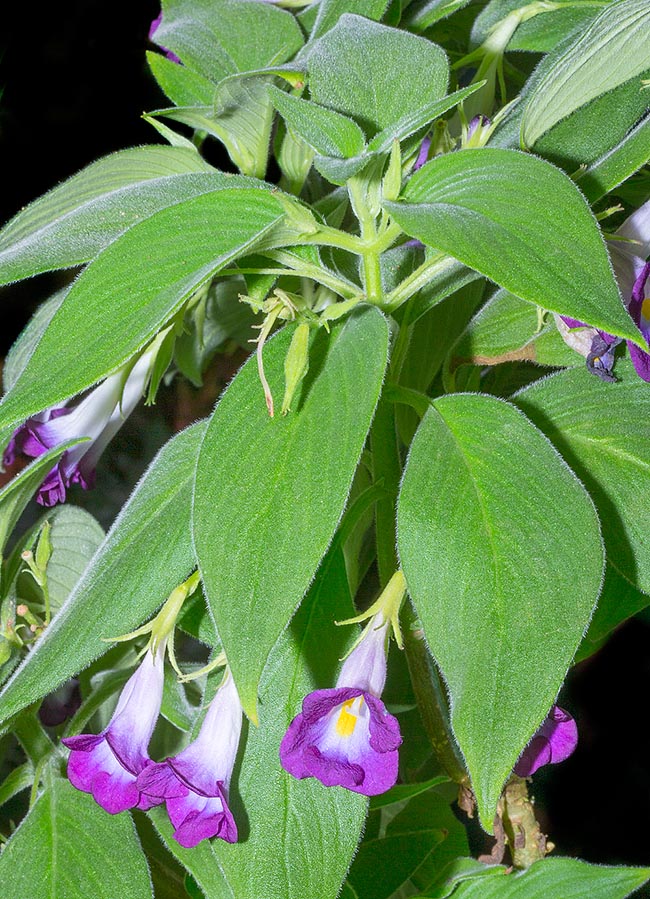 The species is native to Sri Lanka where it grows in the mountain humid forests at around 1000 m of altitude.

The genus is honoured to the German historian and botanist Leo Felix Victor Henckel von Donnersmarck (1785-1861).

The species is dedicated to the Scottish botanist Anna Maria Walker (born Patton) (ca. 1778-1852) who, together with the husband, Colonel George Warren Walker (1778-1843), collected a very important number of plants in Sri Lanka.

The leaves, on a 2-3 cm long pubescent petiole, arranged mainly in verticils of three, are ovate-lanceolate with acuminate apex and margin slightly crenulate, pubescent, 6-8 cm long and about 4 cm broad, of pale green colour above, greenish white below.

Axillary cymose inflorescences, on an about 4 cm long pubescent peduncle, with 2-3 flowers, on a 0,5-1 cm long pedicel, hanging, with campanulate calyx, pubescent, about 2 cm long, with 5 linear lobes with acuminate apex, about 1 cm long.

The fruit is a linear capsule of the length of 8-12 cm long, containing numerous tiny seeds. 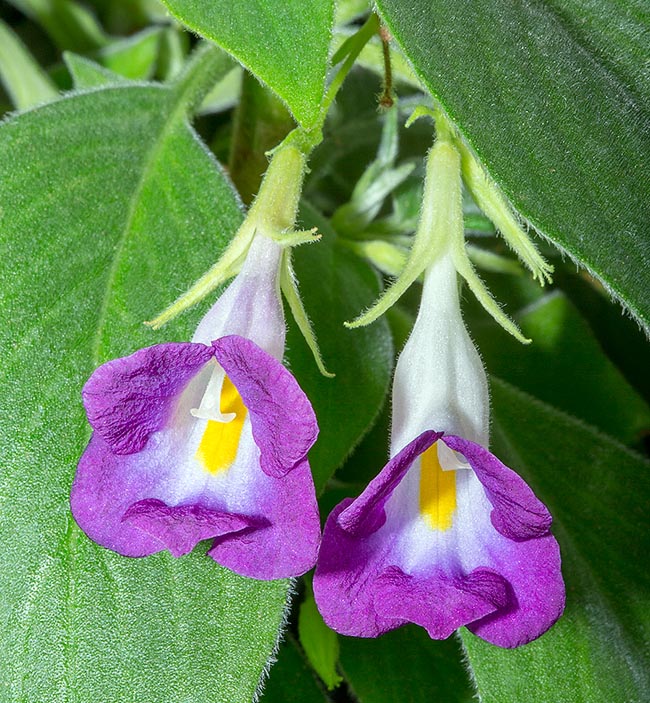 It would deserve more horticultural attention due to the almost continuous blooming all over the year © G. Mazza

Still little known species in cultivation that would deserve greater attention because of the almost continuous blooming all over the year.

It requires a partial shade and well drained soils rich of organic substance maintained humid, but without stagnations.

Cultivable in open air in the tropical and humid subtropical climate regions, elsewhere is to be kept in pot to be sheltered during the coldest months in a protected location, luminous, with lowest winter values of temperature over the 14 °C, utilizing an organic loam with addition of a 30 % of siliceous coarse sand or agri-perlite.

Watering must be regular and abundant during the vegetative period, but allowing the superficial layer of the substratum to dry up before giving water again, more spaced in winter in way to let it to partially dry.

Fertilizations in spring-summer with a balanced product with micro-elements at one third the dosage shown on the package.