Hoplolatilus luteus Allen & Kuiter, 1989, belongs to the class of the  Actinopterygii, the ray-finned fishes, to the order of the  Perciformes  and to the small family of the Malacanthidae, counting presently, in 2020, only 5 genera and 45 species, in possible increase pending the researches presently underway.

The genus Hoplolatilus comes from the old Greek “ὅπλον” (òplon) = shield, the classical one, circular, used by the infantry, and from the Latin “latus” = wide, with the reference to the fact that these fishes gather in circles, around the entry to the den, remains of shells and of madreporic fragments. Constructions at times modest, but that in three deep water species can reach the diametre of 3 m.

The name of the species luteus  = yellow, in Latin, refers to the colour of the fish. 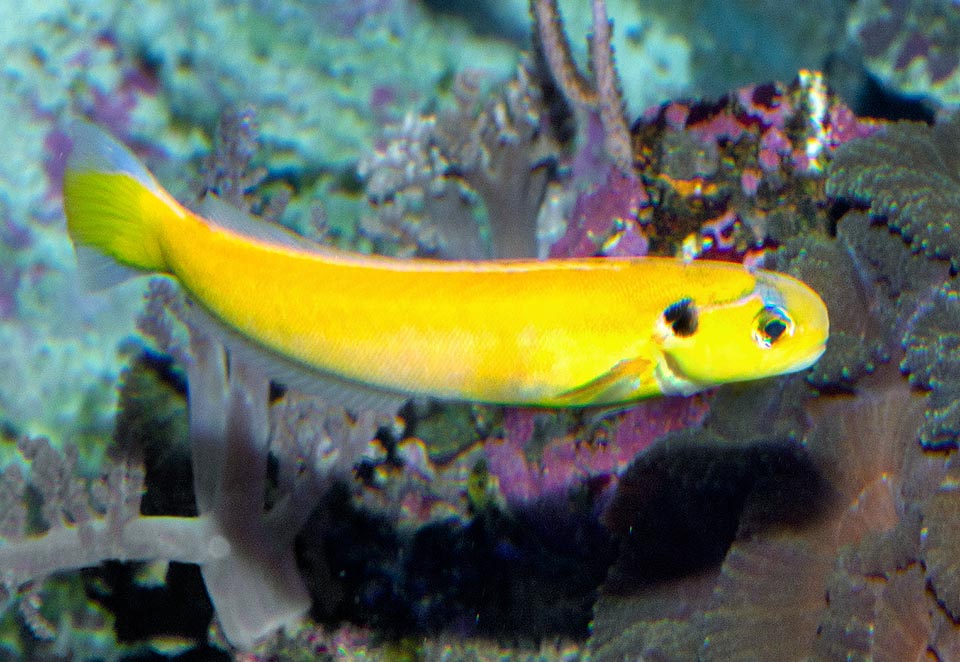 Hoplolatilus luteus covers a rather small area in the tropical Indo-Pacific. We find it in the Andaman Islands, Indonesia and Solomon Islands that mark the eastern limit of the species.

It is a fish that might be defined as of shallow water for the genus Hoplolatilus, as it moves between 15 and 50 m of depth, rarely exceeding the 35 m, whilst, for instance, Hoplolatilus purpureus and Hoplolatilus marcosi reach the 80 m. Others go down even more, not to talk of the Lopholatilus chamaeleonticeps, the largest species of the family of the Malacanthidae, that, along the American coasts reaches the depth of 540 m. 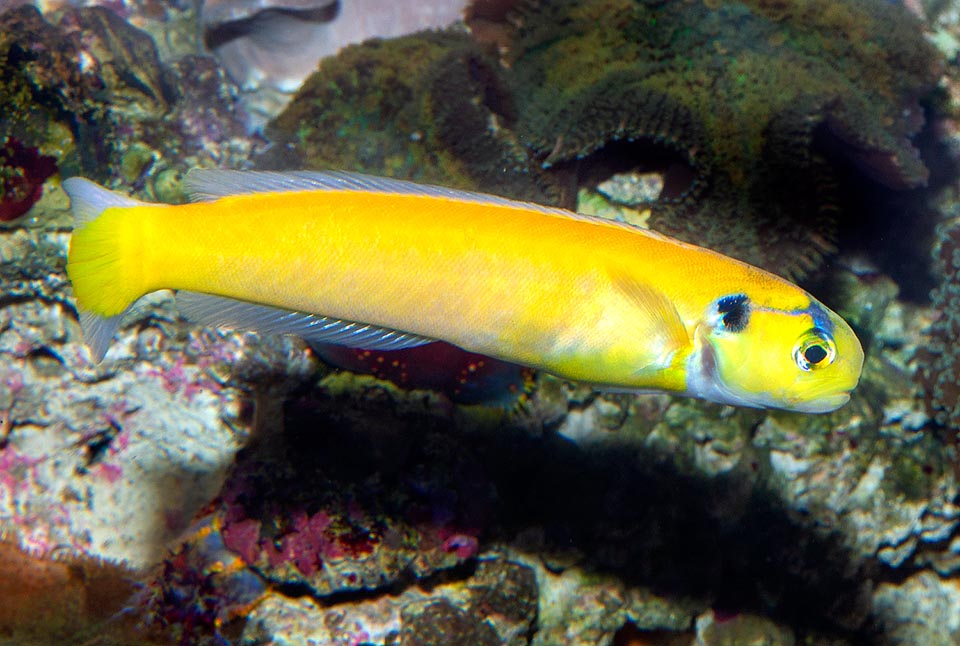 It eats zooplankton at 15-50 m of depth, sheltering by night or at first sign of danger, in dens dug in morbid and slimy bottoms © Giuseppe Mazza

At times alone, Hoplolatilus luteus lives mainly in couples spending the night in dens dug in morbid and slimy bottoms along the coastal coral reefs. During the day, it goes swimming, not far from the bottom, in the column of water overlying its residence, where do pass the currents rich with plankton.

All fins tend to white, but the caudal, truncated, has the central part bright yellow, like the rest of the body. We note a bluish spot over the eye and a showy and characteristic black spot between the upper part of the operculum and the back. Also bordered in blue, it almost draws a second eye to confuse the ideas of the predators. 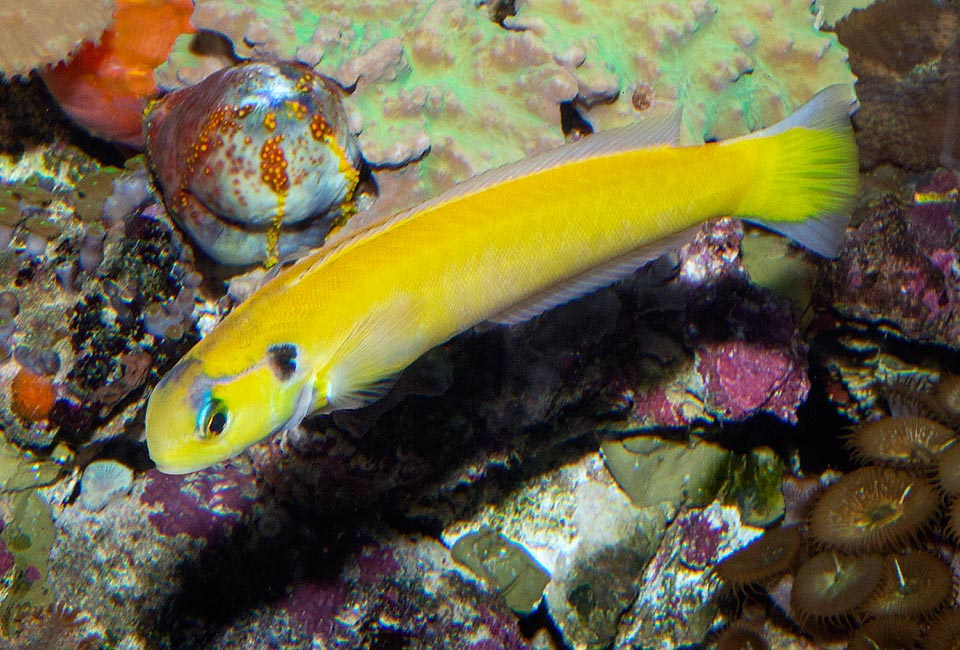 Hoplolatilus luteus nourishes of zooplankton, pelagic copepods and of eggs carried by the currents. Practically, like other species of Hoplolatilus, it keeps quiet over the door of the house, waiting for the food to enter its mouth.

About the reproductive modalities we know only that group weddings do not exist and that these take place in the intimacy of the couple.

Perhaps it does not have a spectacular livery like Hoplolatilus purpureus and Hoplolatilus marcosi, but is easier to to be fished and therefore is equally present in the sad disposable fishes market for the domestic aquaria.

However, it is not an endangered species. Resilience is good with a time for doubling of the populations of less than 15 months, and the vulnerability index, decidedly low, marks just 20 on a scale of 100.