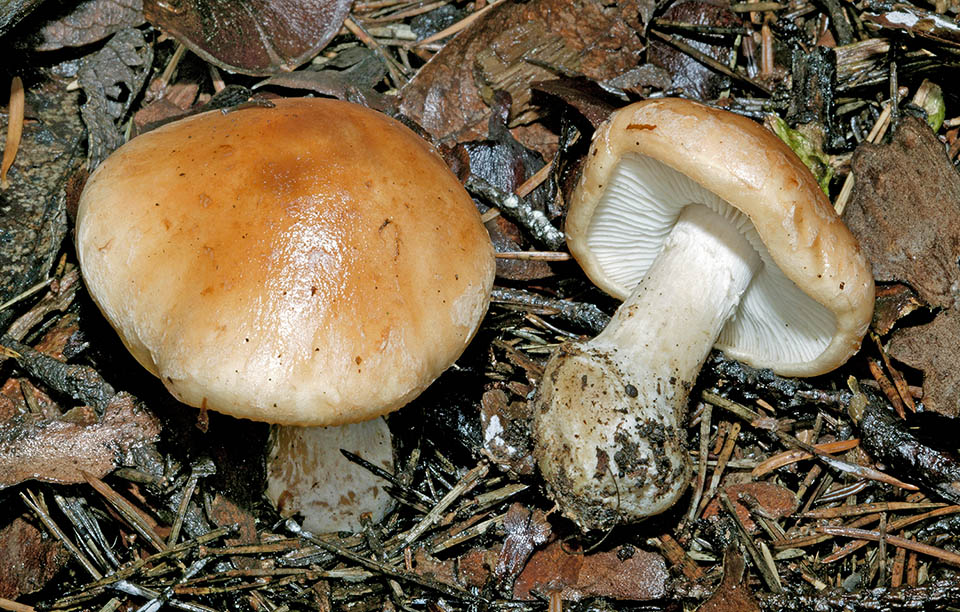 Leucocortinarius bulbiger is a rare species, present in Europe, growing in the sparse woods of conifers or mixed with beech © Giuseppe Mazza

To the genus Leucocortinarius (J.E. Lange) Singer 1945, is ascribed only one species:  Leucocortinarius bulbiger (Alb. & Schwein.) Singer 1945 that presents with the white spores (hyaline at the optical microscope) and smooth despite the cortinarioid silhouette. Therefore, the genus is defined as monospecific and the description of the genus corresponds to that of the species.

The generic term originates from the old Greek “λευκός” (leucós), white, united to the genus Cortinarius It is therefore a white Cortinarius.

The specific term bulbiger comes from the Latin “bulbus” = bulb and from “gero” = to bring, I bring, hence, “bulb carrier” with a clear reference to the enlargement of the foot. 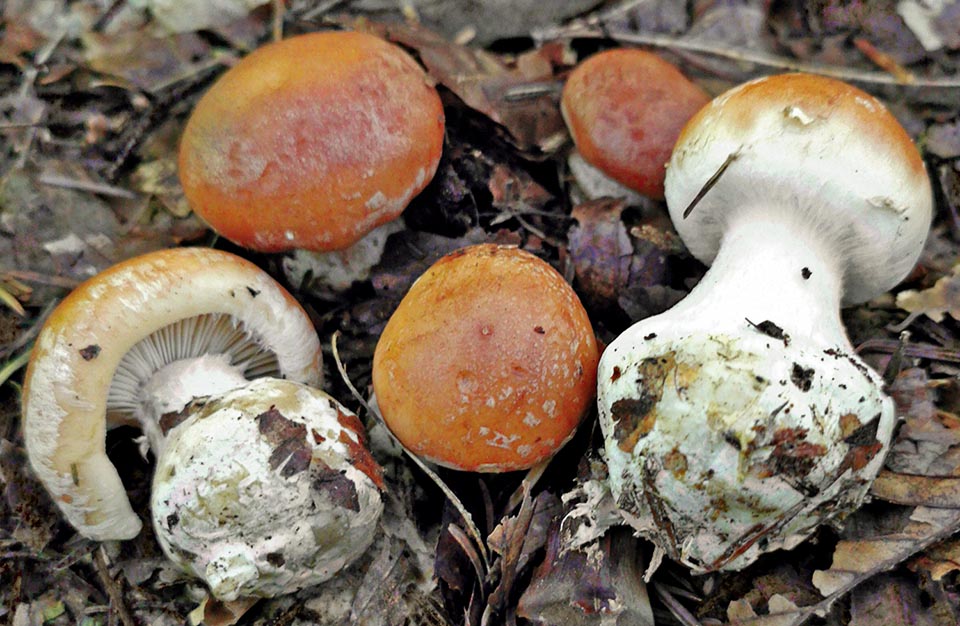 Flesh : fragile, soft, exiguous at the margin, thick in the centre of the cap, fibrose in the stem, white; light smell like celery, mild taste. It is edible but due to its rarity it is advisable to collect it only for studies. 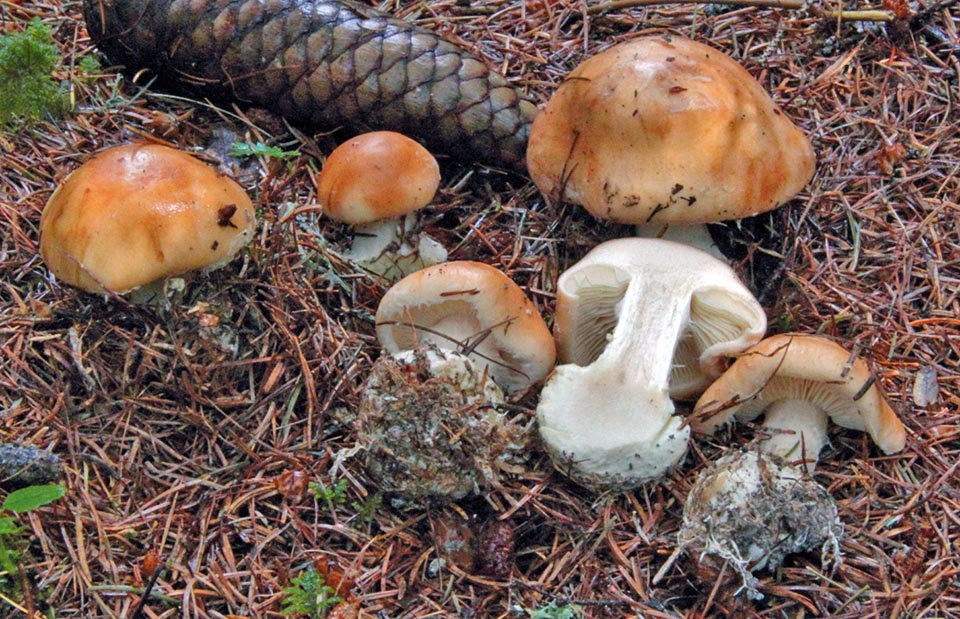 Gills as white as the flesh, fragile, soft and thick in the cap but fibrous in the stem. Slight celery smell and mild taste. Because of its rarity, must collected only for study © Pierluigi Angeli

Habitat : present all over Europe, growing in mountains, in the sparse conifer woods but also mixed with beech trees, during summer and autumn.

Leucocortinarius bulbiger is a Tricholomataceae easy to recognize on the field because it presents like a Cortinariaceae but with white gills, even when ripe. It is an infrequent species but not rare growing in woods of beech and fir but also of beech and pine. Because of its look it could be mistaken with Cortinarius allutus Fr.  which, however, loves the mountain woods of Norway spruce, has the gills initially white then of clay colour and the spores slightly warty. 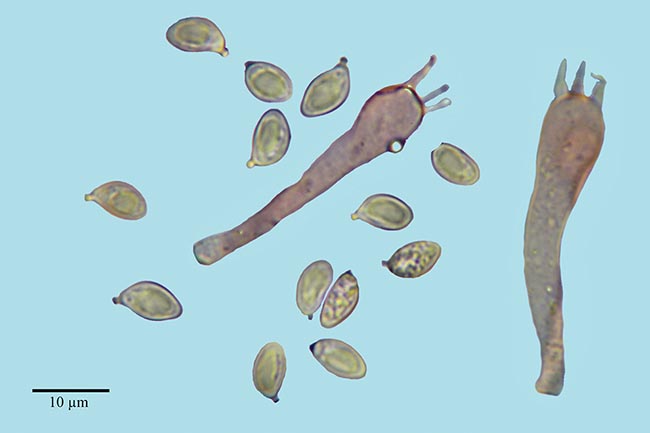 Leucocortinarius bulbiger was described for the first time, with the name of Agaricus bulbbiger, by Albertini & Schweintz in 1805 as a red fungus with torn apart veil remains on the cuticle, whitish ring, with a “bulb slightly lowered at the margin, that grows in September among the leaves”.

During the following years this species has migrated in various genera depending on the interpretation of the various Authors.

Kummer (1881) placed the species in the genus Armillaria (Fr.) Staude, due to the remains of the partial veil on the stem forming bracelets.

Quélet (1886) created the genus Gyrophila to put there those fungi with convex to flat cap having an inrolled margin, adnate and sinuous gills, flesh stem, fibrillose or pruinose ring and small ovoidal spores and inserts there also this species.

In 1891 Kuntze said that this species, quite doubtful as genus of belonging, could be placed among the Lepiota P. Browne, or among the Tricholoma (Fr.) Staude because of the white and smooth spores. In any case, it adopts the genus Mastoleucomyces  Battarra ex Kuntze  and transfers there all the species that Saccardo cited of the genus Armillaria in the “Sylloge Fungorum” volume 5.

Ricken (1915) located this species in the genus Tricholoma due to the attachment of the gills around the stem, for the non-hygrophanous cap and for the single or gregarious growth.

Lange (1935) due to the strong resemblance with the species ascribed to the Section Sauri Fr. of the Subgenus Phlegmacium (Fr.) Trog, moved it in the genus Cortinarius (Pers.) Gray subgenus Leucocortinarius Lange.