Description of the family: the family of the Pyronemataceae, belongs to the class Ascomicetes, where are included fungi with hymeneal structure formed by particular types of sporangia called asci, from the Greek “askòs” (sac, goatskin) inside which develop the spores.

The carpophores produced do not have the classical form with defined and differentiated stem and cap, as stands in the common imaginary, but instead are cup-shaped, as a matter of fact they are also called “small cups”, with at times a just hinted stem. This morphological structure is also called receptacle, because it contains the hymenophore bearing the reproductive organs of the fungus.

They are saprophytic fungi (they nourish of dead organic matter), epigeous, (developping out of the ground) or hypogeous seeds (developping under ground with globose shape and only when ripe they emerge on the surface cup-shaped). 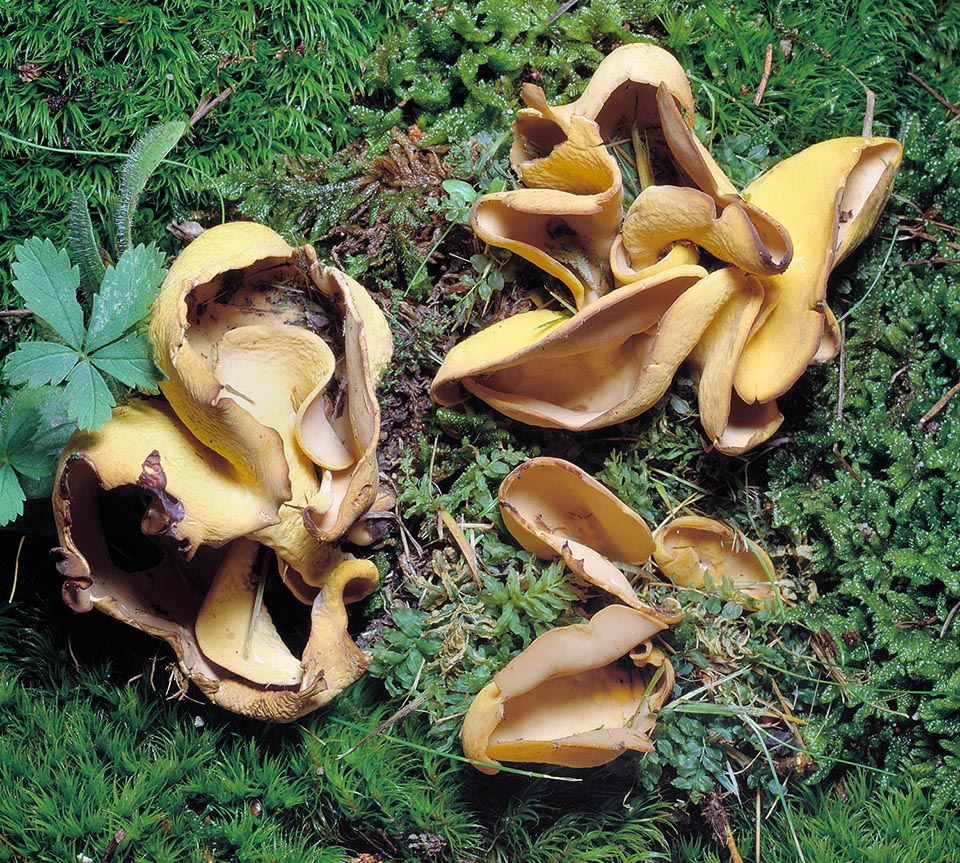 Edible but of little value, the Otidea onotica is a saprophytic fungus shaped like an ear that may reach the 10 cm of length © Giuseppe Mazza

Description of the genus: to the genus Otidea, from the Greek “ous” (ear), belong fungi whose receptacles has a longitudinal slit that rightly confers it the look of an animal ear, hence rendering easy its identification.

Some problem arises in the identification of the species, often strictly related or morphologically similar. Therefore in some cases is necessary the microscopic evaluation of the combination of additional characteristics such as the examination of the spores, the form of the paraphyses, etc, besides the reactions to the chemical reagents ( Melzer’s reagent). They are epigeous stipitate fungi, consequently they are born out of the ground and display a stem, even if little evident.

Description of the species: the Otidea onotica from the Geek “onos” (donkey) and “ous” (ear), is commonly known as “Ear donkey”, or “Hare’s Ear” (respectively in Italian, Orecchio d’asino or Orecchio di lepre), or in French “Oreille d’âne” or “Oreille de lièvre , with the common reference to the ear of the donkey or the hare, that its shape inevitably recalls.

Receptacle: it may have dimensions up to 10 x 5 cm, with the typical form of elongated ear rightly recalling the ear of the donkey, hence the name. The outer surface is sterile, of yellow ochre colour tending to darken while ageing, of “pruinose look” (covered by a powdery veil more or less persistent), the white base is “tomentose” (covered by fine down). 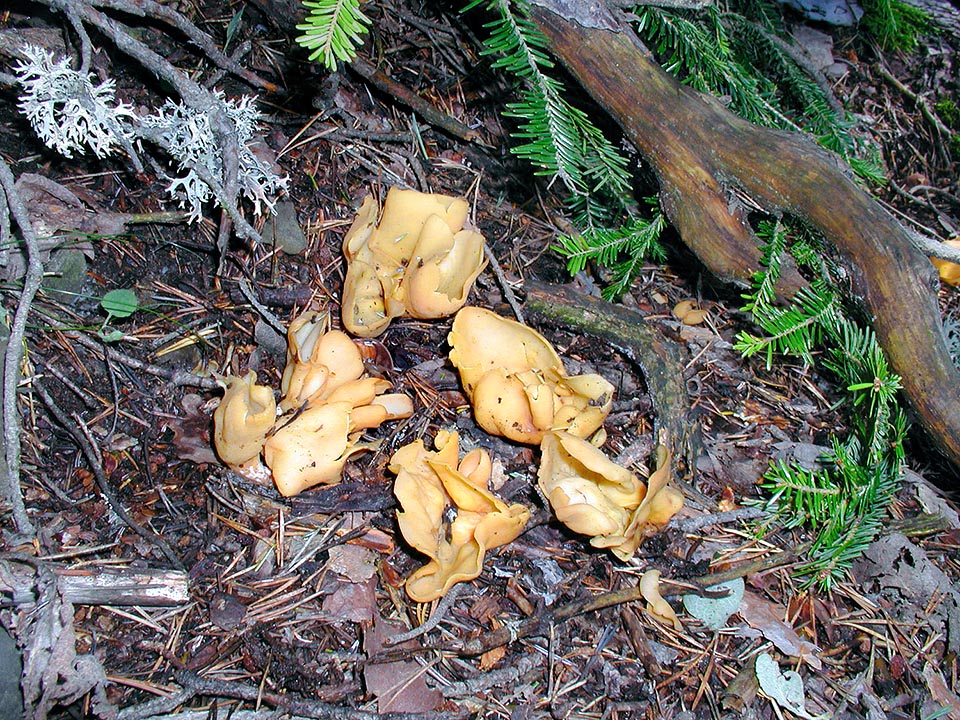 It usually grows in many individuals at times grouped or caespitose, during summer and in autumn, mainly in the broad-leaved woods, but also, like here, in the mixed ones © Giuseppe Mazza

Hymenophore: is located on the inner part of the receptacle, is smooth of pinkish colour with ochre shades.

Flesh: thin, white with elastic consistency with not definable smell and taste.

Habitat: growing on the vegetal residues (branches or leaves) mainly in the broad-leaved woods, in the period summer-autumn, usually with many individuals at times grouped or caespitose.

Edibility: they are edible fungi but of little value.

Remarks: the name “hare’s ear”, as often this fungus is defined, is not perfectly relevant to the species, as the same should lead to the species Otidea leporina Batsch 1783, Fuckel 1870, similar but smaller (5×3 cm), with brown purple hymenophore and the outer surface alutaceous (pale brown colour) or reddish, it always grows caespitose on conifers litter.