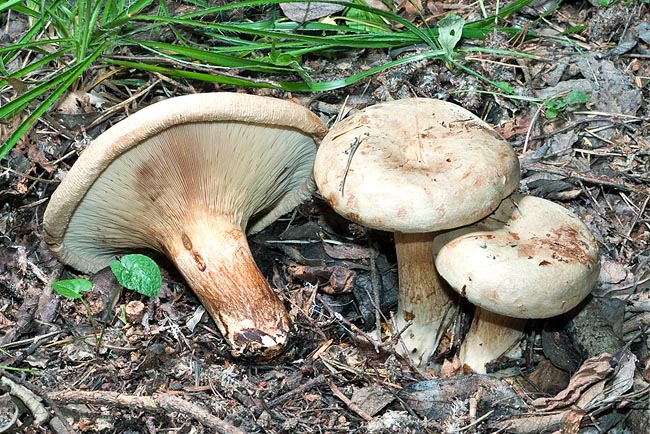 The name of the species comes from the Latin “involutus”, involute, inrolled, folded inwards; referred to the margin of the cap.

The genus Paxillus characterizes as having a clitocyboides habitus, if terricolous, pleurotoides or boletoides, if lignicolous. They are fleshy carpophores, of medium-large size; convex to depressed cap with glabrous or tomentose surface, brown to ochraceous-brown to olive beige, turning at times, before reddish then blackish, when rubbed; the strongly inrolled margin; the thick gills, decurrent on the stem, separate easily from the flesh of the cap; the more or less excentric or lateral stem, sub-concolorous to the cap; negligible smell and taste. Ellipsoidal spores, cheilocystidia, pleurocystidia and caulocystidia present. The spores in mass are brown-rust. 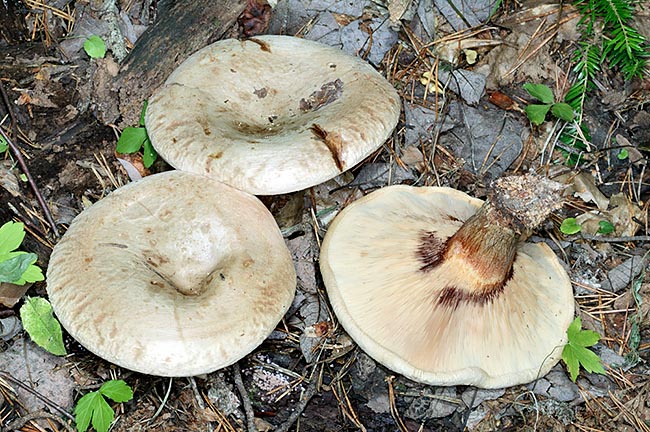 Common but toxic even if cooked, can reach the 10 cm of diameter © Giuseppe Mazza

Hymenium: thick gills, decurrent, arched, forked or anastomosed to the junction of the stem, not too wide, easy to separate from the flesh of the cap, pale-ochre to brown, when manipulated they turn dark brown-tobacco.

Stem: 3-7 x 1-2 cm, cylindrical, attenuated below, curved in proximity to the base, excentric, full, fibrillar, more or less concolorous to the cap but with ochre tonalities then brown, dark brown-reddish when touched.

Habitat: it grows in summer and in autumn, in even crowded groups, in broad leaved as well as of coniferous woods. 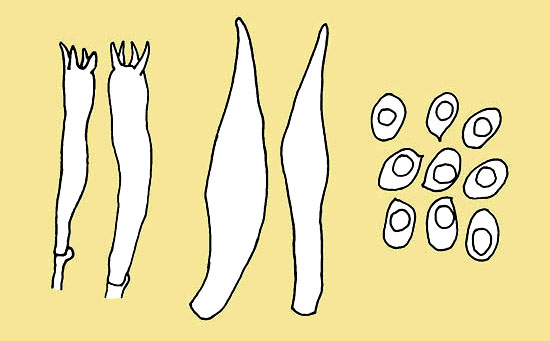 Remarks. This is a fairly common species growing in whatever type of wood during the autumn. This species, that in the past was considered a toxic only if raw, and that, once cooked, was given as good edible, nowadays, due to several cases of intoxications, is always considered toxic.

It can resemble Paxillus filamentosus (Scopoli) Fries 1838, which however, grows under the alder (Alnus glutinosa Linneo and Alnus incana Linneo), is smaller, has scaly cap and the gills do not stain when touched; the Paxillus rubicundulus Orton 1969, of intermediate size, with auburn fibrils on the cap and the gills staining of reddish.