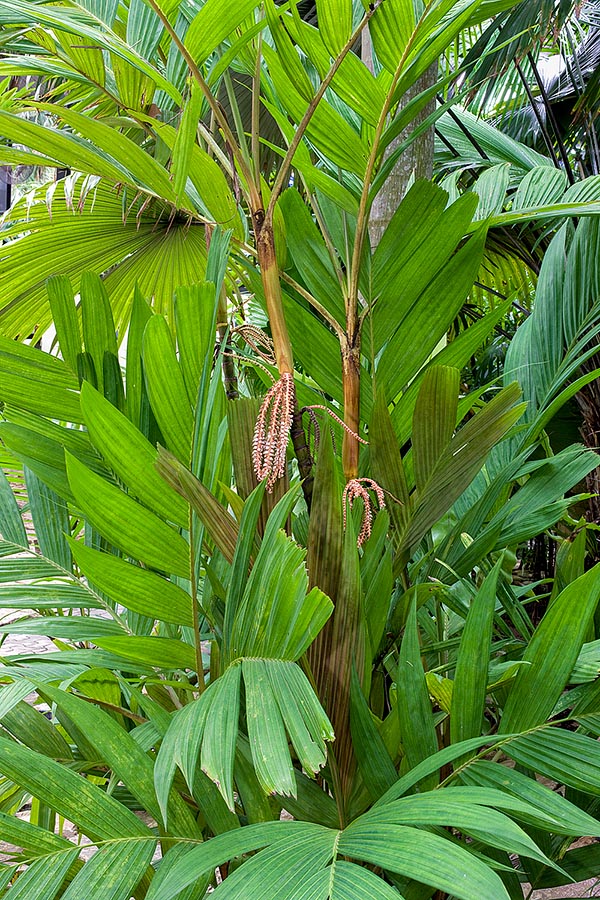 The Pinanga kuhlii Blume (1839) is native to the Andaman Islands and the Greater and Lesser Sunda Islands, where it grows in the rainy forests at low altitudes. Presently, there is disagreement between the taxonomists about its classification, by some of them it is considered as a species apart, by others as a synonym of the Pinanga coronata (Blume ex Mart.) Blume (1839), which lives at greater altitudes.

The name of the genus is the Latinization of the Malaysian name ‘pinang’, the species is dedicated to the German naturalist Heinrich Kuhl (1797-1821).

In the English-speaking countries it is known as “ivory cane palm”.

Cespitose plant with rather thin trunks (about 4-5 cm of diameter), which seldom exceed the 6 metres of height, smooth and of a pale green colour, from where stand out the rings marking the junction of the fallen-off leaves.

The leaves are pinnate, up to 1,5 m long and 70-80 cm wide, and irregularly divided in few pleated segments of varying width, with sharp, or blunt-ended and indented, extremity.

The ramified and hanging inflorescences come out under the leaves, the flowers, of both sexes, are small and pinky white.

The ovoid fruits, about 12 mm long, are of red colour, turning to black when ripe. The seeds germinate in 3-4 months.

It can be utilized in tropical and subtropical climatic areas, in shady position and in constantly wet, fertile, soils.

It is somewhat sensible to low temperatures as it does very seldom, and for a very short time, tolerate just below zero temperatures.

It can be cultivated also in pot for the decoration of interiors. 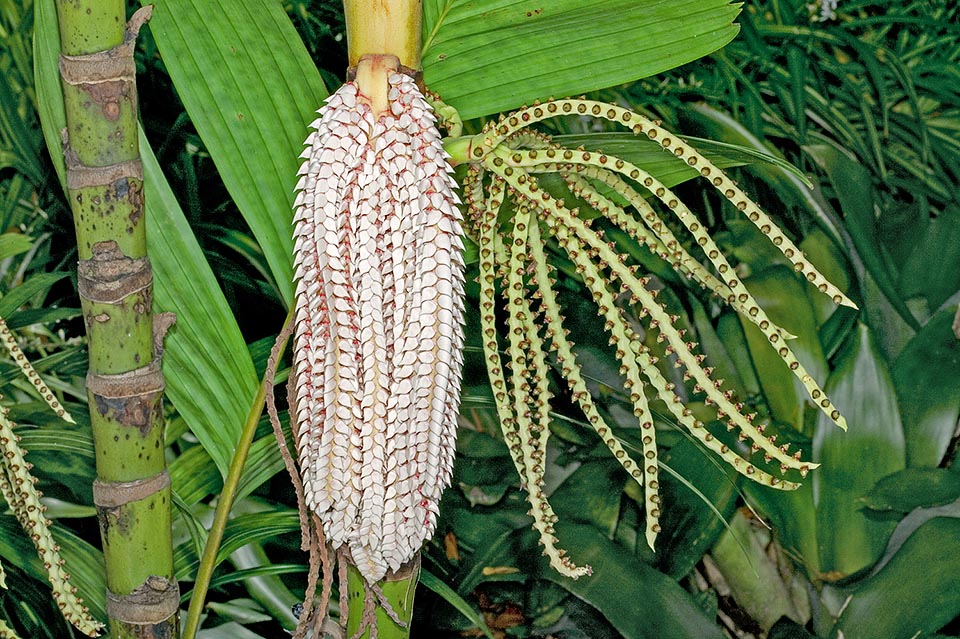