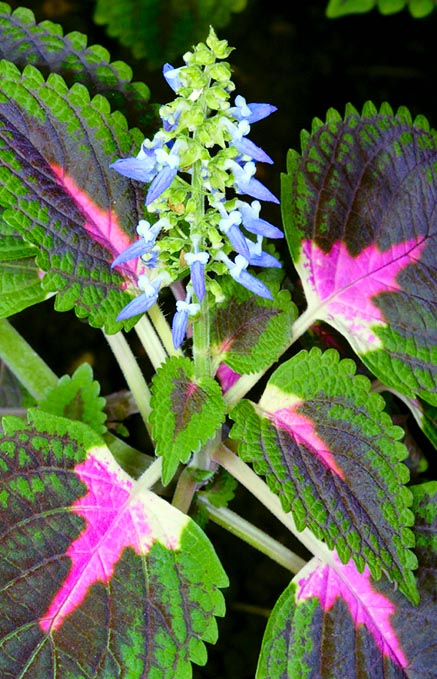 The Plectranthus scutellarioides flower reminds us that it's a labiate © Mazza

The name of the genus is the combination of the Greek words “pléctron” = spur, and “anthos” = flower, with reference to the shape of the flower which, on the back, has an extension shaped like a spur.

The name of the species comes from the combination of Scutellaria, species belonging to the same family, and from the suffix “-oeidḗs”, from “êidos” = shape, look, similar, therefore, to a Scutellaria.

The Plectranthus scutellarioides (L.) R.Br. (1810) is an evergreen perennial herbaceous plant with stems with an almost quadrangular section, tall up to about 90 cm, erect or ascending and hollow.

Tiny translucent hairs are present on the stem, branches, petioles and on the foliar lamina.

The leaves, quite variable in shape, dimension and colour, are opposite, with a usually ovate shape with toothed edges, 4-14 cm long.

The upper page is velvety, very small yellowish glands are present in the lower one.

The inflorescences in terminal cymes, up to 50 cm long, carry flowers with an about 1,2 cm long corolla, bilabiate, obtuse and trifid upper lip, of white or pale blue colour, the lower one, acute and semi-bifid, of violet blue colour.

On the outer surface of the corolla are present several glands and tiny hairs. The fruit is the typical fruit of the Lamiaceae, subdivided, when ripe, in four ovoid, about 1 mm long, achenes (indehiscent one-seeded dry fruits). It reproduces by seed in spring in peaty loam and sand in equal parts, covered by a thin layer, with constant humidity and at a temperature of 20-24 °C. 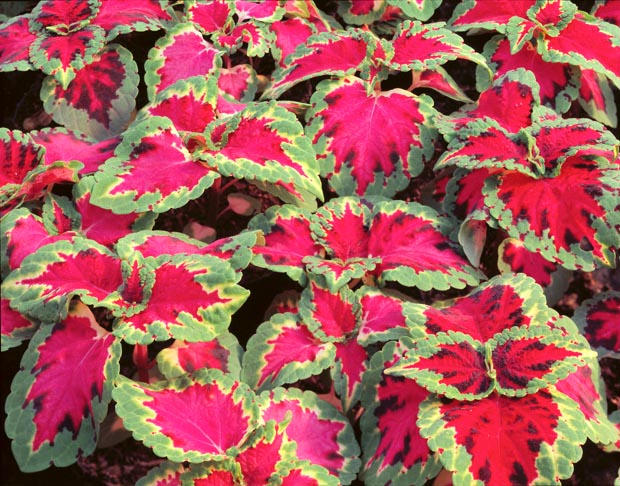 Born for the tropical forests, is suits also the temperate gardens and the domestic walls © Giuseppe Mazza

The reproduction by cutting is extremely easy; it may be done in spring or summer on 7-10 cm long apical portions devoid of the leaves, but the last two ones, with the same mould and conditions foreseen for the sowing.
It easily roots in water too.

The first plant was introduced in Europe from Java in 1851 and has become quite popular in a very short time, not only for the vast variety of colours and variegations of the leaves, but also for its easy reproduction by cutting.

It may be utilized as garden plant, for edges, colour spots and soil cover, in the tropical, subtropical and, marginally, in the warm temperate climate zones, where the temperatures close to 0 °C are a short lasting exception, in a sheltered position.

It may bear the full sun, but filtered sun light or slight shade are preferable; it is not particular about the soil, provided well drained and kept constantly humid in summer.

Where the climate does not allow the permanent cultivation in open air, it may be cultivated as annual starting from seed or from cutting. Extremely popular as indoor plant for more than one century, during the last years its utilization has gotten a slight decline due to the massive offer of countless new varieties and species. 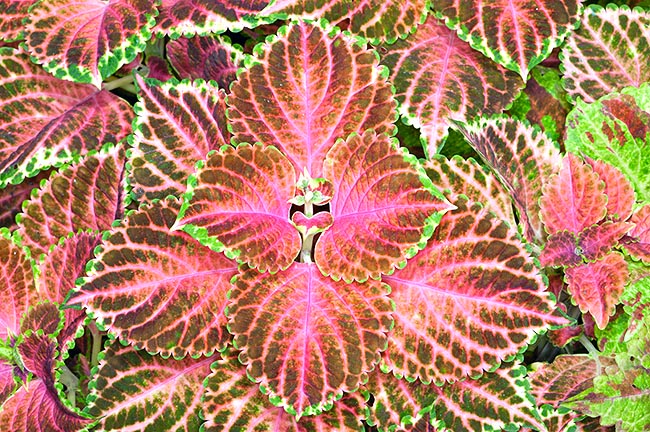 When in an apartment, it is to be cultivated in a very luminous position on a substratum rich in humus with addition of sand for a 30% in order to improve the drainage; watering are to be abundant in summer, but without stagnations which may cause deadly rottenness, moderate in winter, and the temperatures over the 16 °C.

In order to maintain it in the best way, it is to be periodically pruned thus to inhibit the stems to become too long and for stimulating new ones, for a more compact posture.

The inflorescences, of poor ornamental value, must be chamfered upon their appearance, in order not to subtract any nourishment.

It may be useful to renew the plant after some years.

It is easily subject to cochineal and aphids attacks and is therefore to be periodically checked in order to quickly intervene. In the plant is present the rosmarinic acid which represents a defence against fungal diseases and parasites; this substance is pharmacologically considered as an anti-bacterial, anti-inflammatory and anti-oxidant. 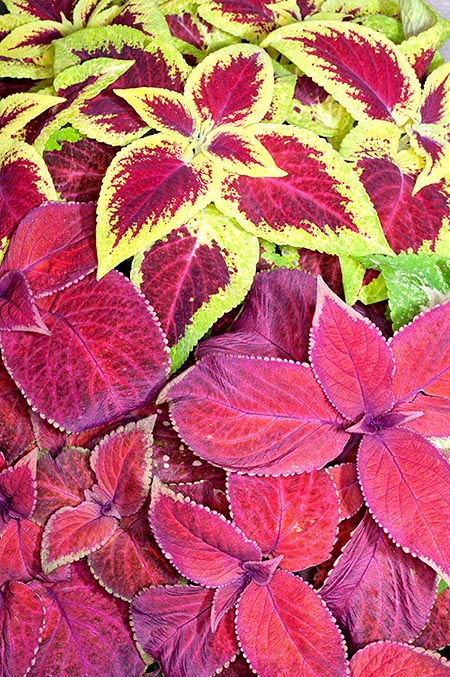 From the commercial point of view, it is not convenient to cultivate it for this purpose, but the production of rosmarinic acid starting from the cultivation of its cells appears to be very promising, with a much greater yield, about 20 times, than what it might be obtained extracting it directly from the plant.