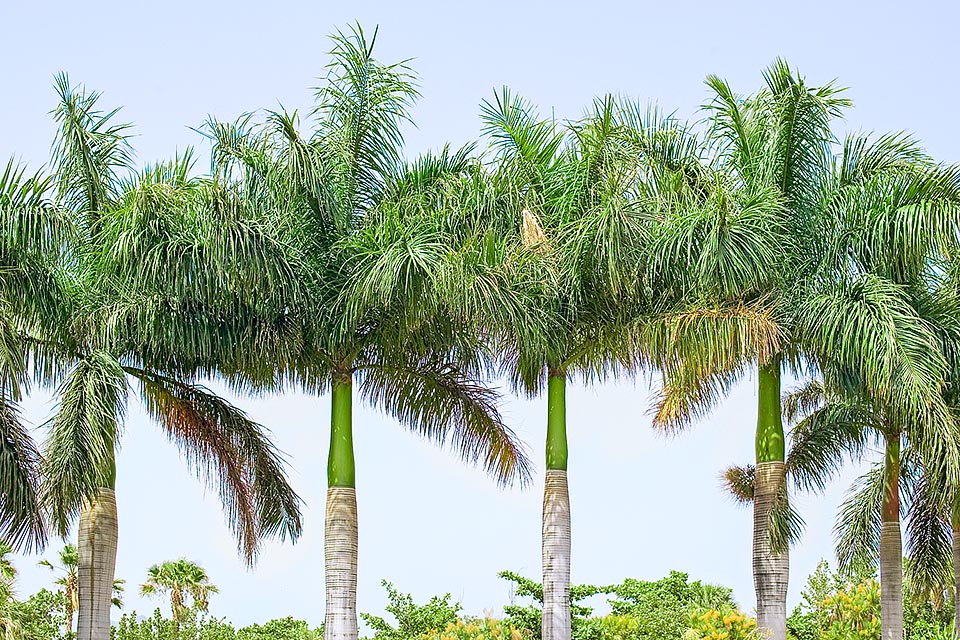 Cuban National tree, the Roystonea regia grows also in Florida, Mexico, Belize, Honduras, Bahamas and Cayman Islands. Is recognized at first glance by the foliar base, smooth and of glossy pale green colour, wrapping wholly the trunk for a height of 1,5-2 m forming an elegant and unmistakable capital © Giuseppe Mazza

The Roystonea regia (Kunth) O. F. Cook (1900) is native to USA (Florida), Mexico, Belize, Honduras, Cuba, Bahamas and Cayman Islands, where it grows both in the wet forests and in the savannas, in usually swampy areas. It is the national tree of Cuba.

The genus takes the name from the general of the US army Roy Stone (1836-1905), who worked as engineer in Puerto Rico; the Latin name of the species “regia” = royal, majestic, is very much appropriate for describing this palm. 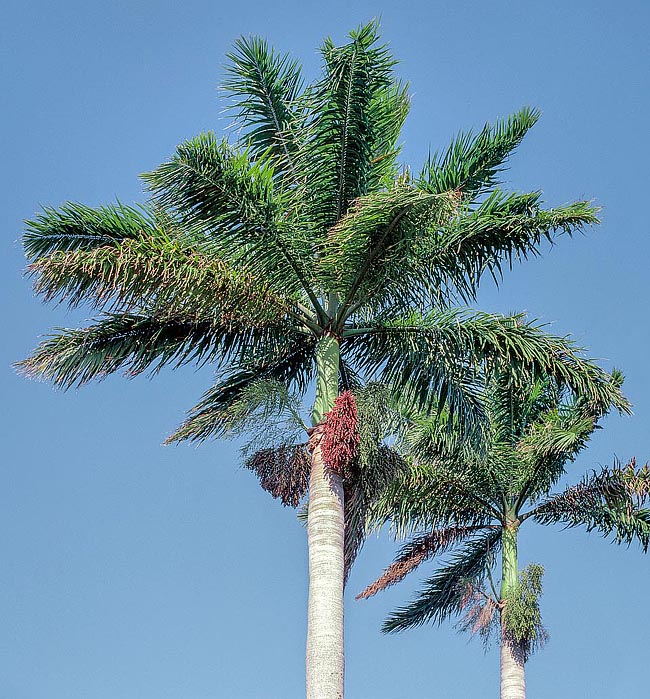 It shows a single stem, smooth, impressing, with a slightly irregular outline, and enlarged at the base, of whitish colour, it reaches a maximum height of about 25 m with a diameter up to 70 cm; the foliar base, smooth and of a glossy pale green colour, wraps up completely the stem for a height of 1,5-2 m, forming a sort of elegant capital.

The leaves are pinnate, long about 4 m, with green leaflets, of glossy dark green, inserted on the rachis on two different angles, long up to 1 metre.

The inflorescences, very ramified, develop under the leaves inside a spathe long up to 1,5 m and carry small whitish flowers of both sexes. The fruits are globose, of about 1 cm of diameter, of brown red colour. The seeds germinate in about 2 months.

The cultivation can be tried also in warm temperate zones, in full sun, as it resists to temperatures just under the zero for short periods, where, however, it shows a less thick crown and a speed of growth much inferior. Locally, the fruits (palmiche), produced in huge quantity, are utilized as nourishment for animals. 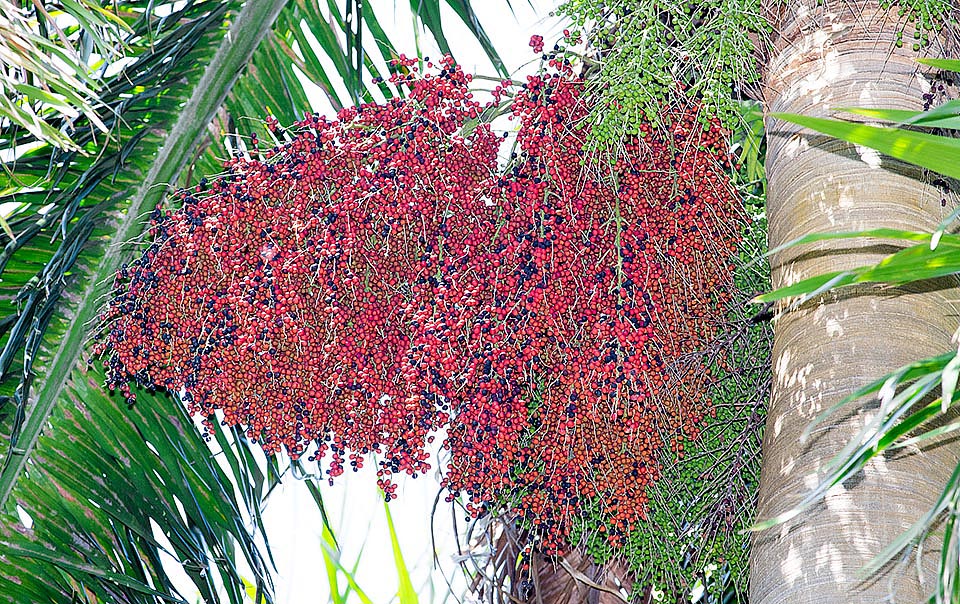 The numerous brown red globose fruits, of abot 1 cm of diameter, are used as food for animals. The seeds germinate in about 2 months © Giuseppe Mazza