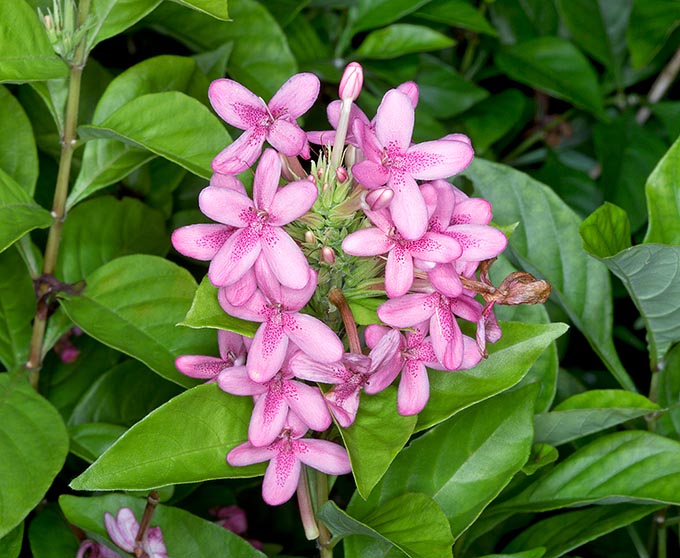 The species is native from Botswana, Democratic Republic of Congo, Madagascar, Malawi, Mozambique, Tanzania, Zambia and Zimbabwe where it grows in the forests and thickets, often on rocky slopes close to water streams, at low altitudes.

The genus is honoured to the Italian explorer Eugenio Rispoli (1866-1893); the specific name is the combination of the Latin substantives “seta, ae” = bristle, horsehair and “calyx, ycis” = calyx.

The Ruspolia seticalyx (C.B. Clarke) Milne-Redh. (1936) is an erect evergreen herbaceous species, ramified, 0,5-1,2 m tall, with cylindrical stems and leaves, on an about 1 cm long petiole, opposite, simple, ovate-elliptic with pointed apex and more or less ciliated entire margin, 10-18 cm long and 5-8 cm broad, with prominent nervations and median rib provided below of short hairs.

It reproduces by seed, in organic loam with addition of siliceous sand or agri-perlite per a 30% maintained humid at the temperature of 24-26 °C, and by division. Rarely cultivated species that would deserve a greater diffusion, utilizable in mass or for edges in the gardens of the tropical and subtropical regions, its cultivation may be tried in sheltered position in the temperate warm climate zones where temperatures close to the 0 °C are a short lasting exception. 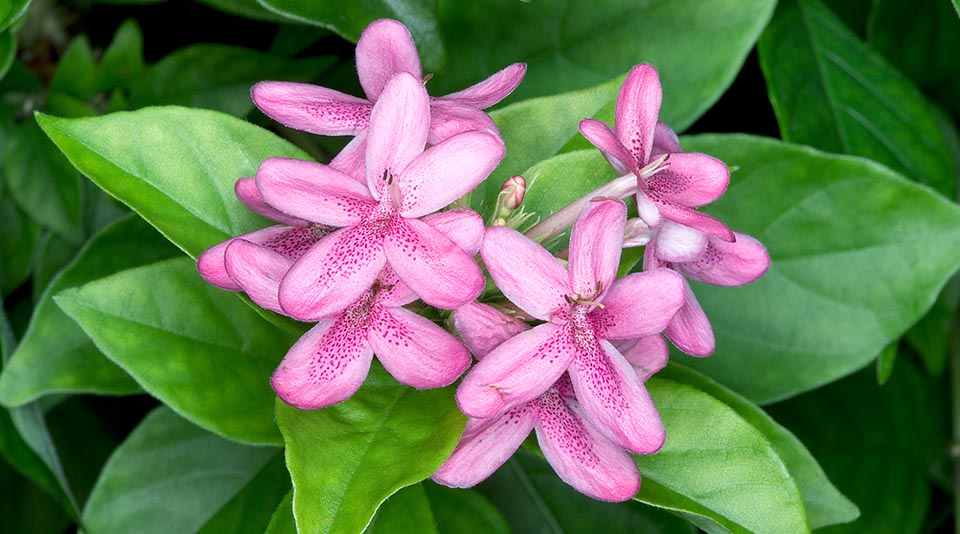 Terminal, 5-30 cm long, inflorescences with several flowers opening in succession from bottom to top. The roots decoction is used in Tanzania against malaria © G. Mazza

It requires high luminosity, also full sun in the morning, and rich, draining soils, slightly acidic to neutral, maintained almost constantly humid, but without stagnations; useful are the prunings by the end of the blooming for a more compact posture.

In the less favourable climates it may be easily cultivated in pot, for the decoration of luminous greenhouses and winter gardens, with lowest winter temperatures not under the 14 °C, regular waterings during the vegetative period, more reduced in winter, but without ever allowing the substratum to dry up completely, and fertilizations, in spring and summer with balanced hydrosoluble products, with microelements, at half the dosage suggested on the package. The roots decoction is utilized in Tanzania against malaria.