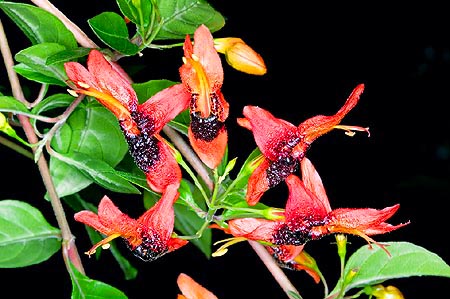 The genus is honoured to the English physician and naturalist John Rutty (1697-1775); the Latin name of the species “fruticosa” = rich of buds, refers to the ramified bearing of the plant.

The inflorescences are terminal or lateral, carrying even five tubular flowers of unusual shape, rich of nectar, about 5-7 cm long, with two orange-red petals, the superior one being bilobed, the lower one retroflexed and trilobed, with a dark red to black dot at the base. The fruit is an ellipsoid capsule of brown colour, containing a maximum of four seeds, which, alike other plants of the family, are thrown far away at the opening of the capsule when the same is ripe. It reproduces by seed and by cutting. 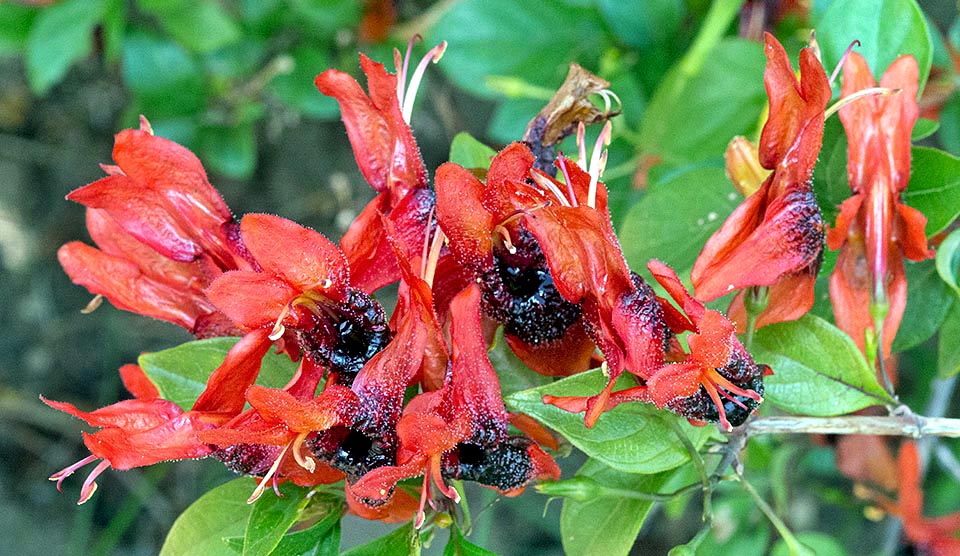 The decidedly odd flowers are tubular, merged in terminal or lateral inflorescences. It accepts even the warm temperate climates but grows better in the tropics © G. Mazza

Not much diffused plant, it is cultivable in the tropical and subtropical climates, and in the temperate one too, where, anyway, it behaves as semi-deciduous or, in case of particular cold periods, as rustic at the radical level, that is, losing the aerial part, which will come out again from the roots in the spring. Not much particular in soil, even if being somewhat acidophile, and grows up well both in full sun and in partial shade; well stabilized plants can stand short periods of drought.