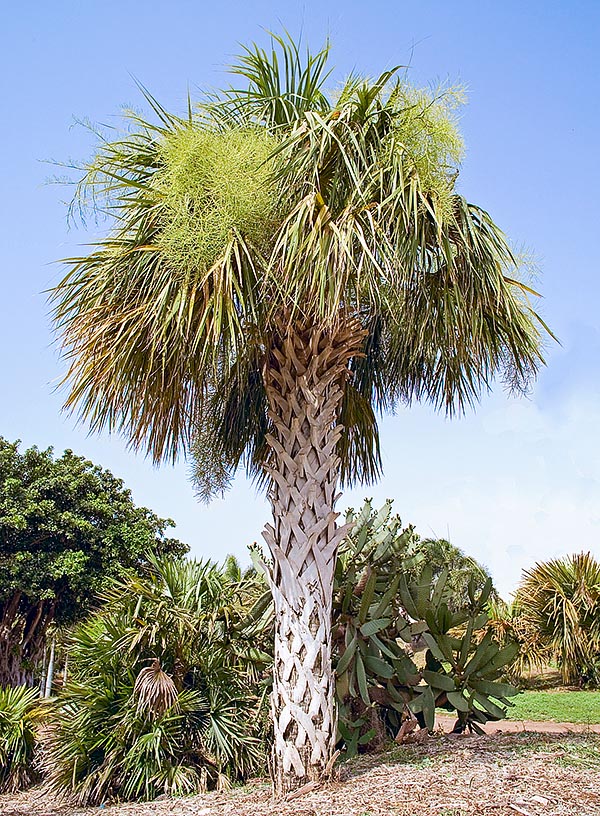 Sabal palmetto, native to Florida, South Carolina, Bahamas and Cuba, is recognized at once for the stem with the residuals of the crossed petioles. It can be 20 m tall with a diameter of about 30 cm at the centre © Giuseppe Mazza

The etymology of the genus is not known, as the same has not been mentioned explicitly by the author, the French botanist Michel Adanson (1727-1806); the name of the species is of Spanish derivation (small palm).

The Sabal palmetto (Walter) Lodd. ex Schult. & Schult. f. (1830) is native to the south eastern United States (Florida and South Carolina), Bahamas and Cuba, where it grows usually along the sandy coasts and the margins of the marshes and waterways.

Palm with a solitary trunk, tall up to 20 m, and a diameter of about 30 cm in the median area, covered for a good part by the residuals of the old leaves petioles, which cross in a characteristic way.

The leaves are costapalmate, of about 2 m of length, deeply cut in several, generally rigid, segments, filamentous at the margins and bifid at the extremity, the petiole unarmed, is about 1,5 m long.

The inflorescence, very ramified, grows between the leaves and normally does not exceed their length, the flowers, hermaphrodite, are small and of a creamy colour; the fruits, almost spherical, of 8-14 mm of diameter, are black when ripe. The seeds germinate in 2-3 months.

Widely cultivated palm, especially in the south of USA and in the Caribbean, for its ornamental characteristics and its rusticity, it adapts, in fact, to various types of soil, and shows also a high resistance to the saltiness and to the low temperatures (as low as -12 °C).

The vegetative apex was much appreciated by the natives, from which the common name of cabbage palm, but its collection, still practised, even if in a very limited extent in certain areas, causes the death of the palm, as it is the only point from which the plant can grow. 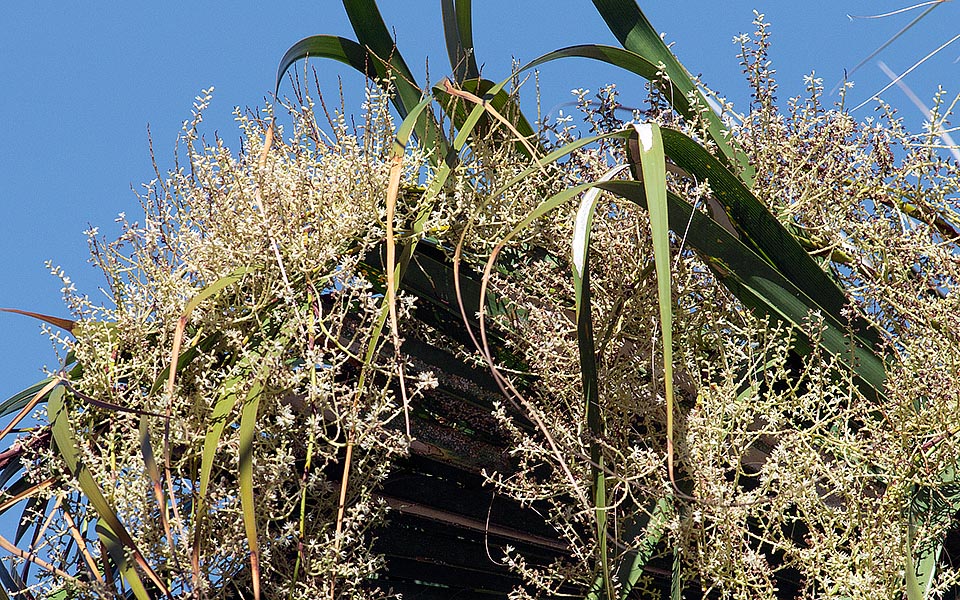 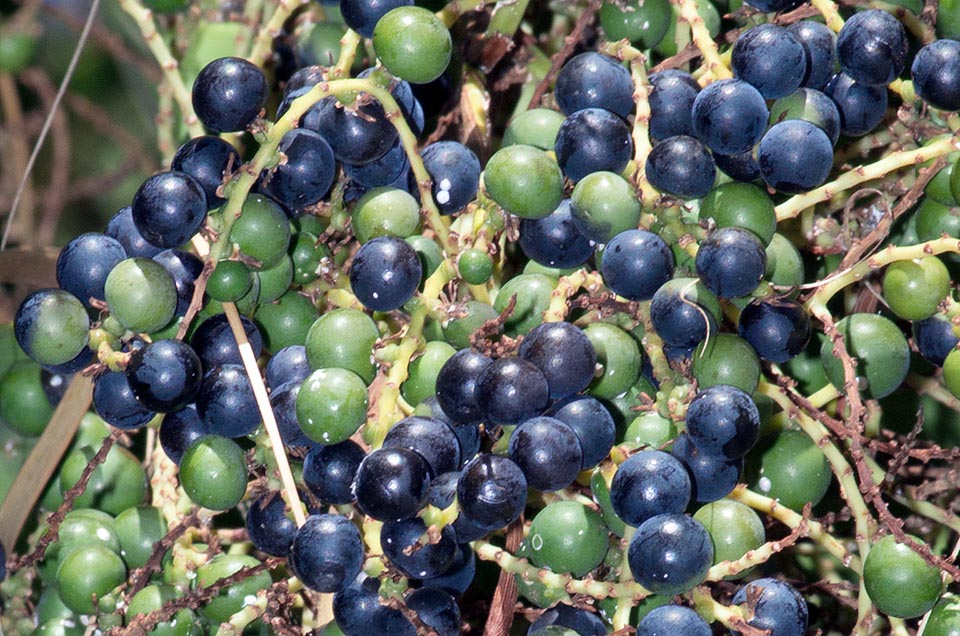 The almost spherical fruits, of 8-14 mm of diameter, are black when ripe and the seeds germinate in 2-3 months. The vegetative apex is edible but then the plant dies © Giuseppe Mazza