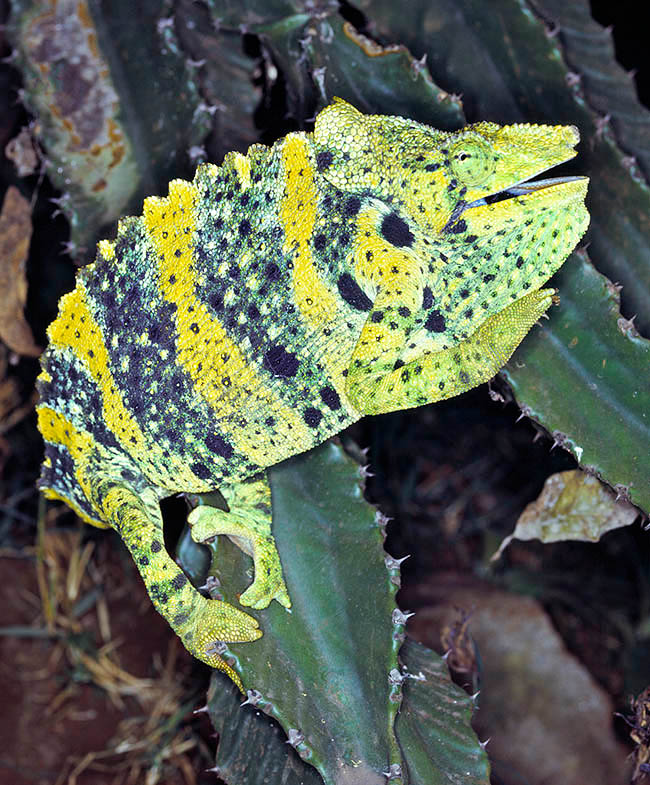 The Meller’s chameleon (Trioceros melleri) called also Giant one-horned chameleon, stands among the biggest chameleons of the African continent. Frequent, also in altitude, in the eastern African savannahs, it can reach the length of 76 cm and 600 g of weight. The body is stocky, with the head relatively small and a dorsal crest more developed in males. But above all it is noted for two big occipital lobes, like elephant’s ears, and has two tiny horns on the nose. As usual in chameleons, its background colour, dark green with yellow bands, changes in function of the environment, of the heat and of the mood of the animal, until becoming black grey. The sticky tongue is capable to entangle even preys located at half a metre of distance; mainly insects, spiders, mollusks and worms, but also small lizards and nestlings. The females can lay even 80 eggs. When in terrarium has reached the age of 12 years © Giuseppe Mazza