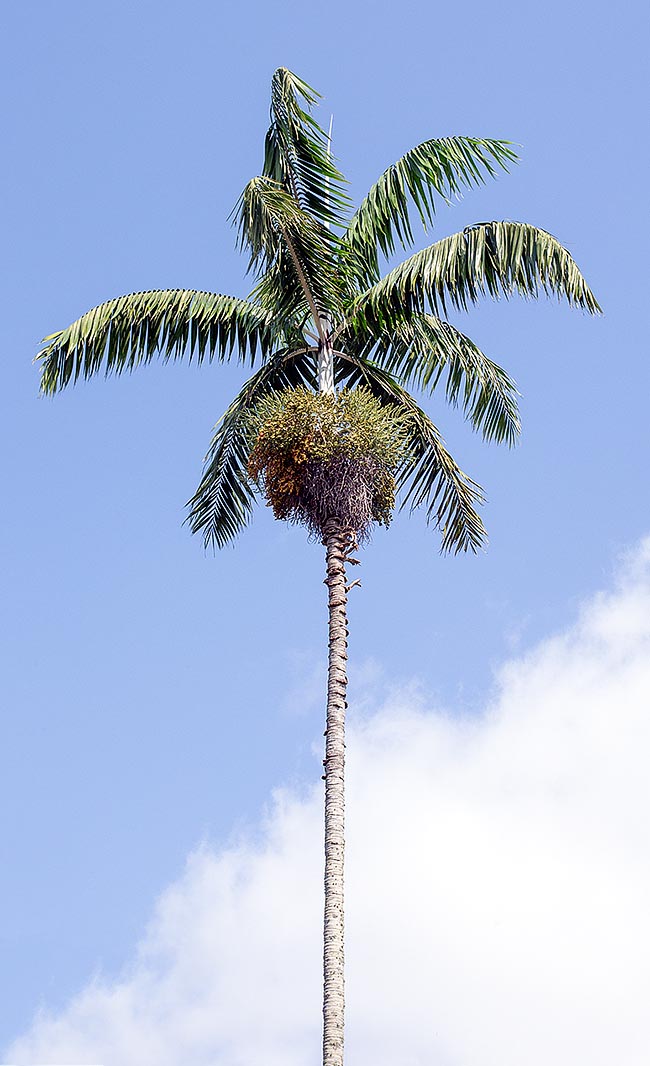 The species is native to Vanuatu, where it grows in the pluvial forests from the sea level up to about 550 m of altitude.

Originally, it was particularly diffused in the island of Malakula, where it represented the dominant species, in more recent times the expansion of the agriculture has reduced its population.

The genus is dedicated to the family Veitch, owner of a famous London nursery, founded by John Veitch (1725-1839), active from the XVIII to the XX century, that introduced in Europe a large number of exotic species; the specific name is une of those used by the local population.

The Veitchia winin H.E.Moore (1957) is an unarmed monoecious species with erect stem, solitary, slightly enlarged at the base, smooth, of grey colour, 15-18 m tall and of 18-25 cm of diameter, on which are visible the rings trace of the junction of the fallen leaves.

The leaves, around 10 in the adult plants, on short petiole, are pinnate, slightly arcuate, horizontal to ascendent, up to 3 m long, with about 50 leaflets per side regularly arranged along the rachis on the same level, drooping, 20 to 70 cm long and 2 to 10 cm broad, lanceolate with acuminate or truncated obliquely and irregularly toothed, of dark green colour and covered by tiny scales below.

The foliar base wraps completely the stem per a length of 1-1,2 m forming a sort of tubular capital of green colour, covered by whitish tomentum and by tiny reddish brown scales that gather towards the petiole, where they are particularly thick.

The inflorescences, on an about 15 cm long petiole and covered by whitish tomentum, generate under the leaves (infrafoliar), are 60-90 cm long, ramified, with whitish unisexual flowers arranged in triads (one female flower between two male), except in the terminal part where are present only male flowers in couple. 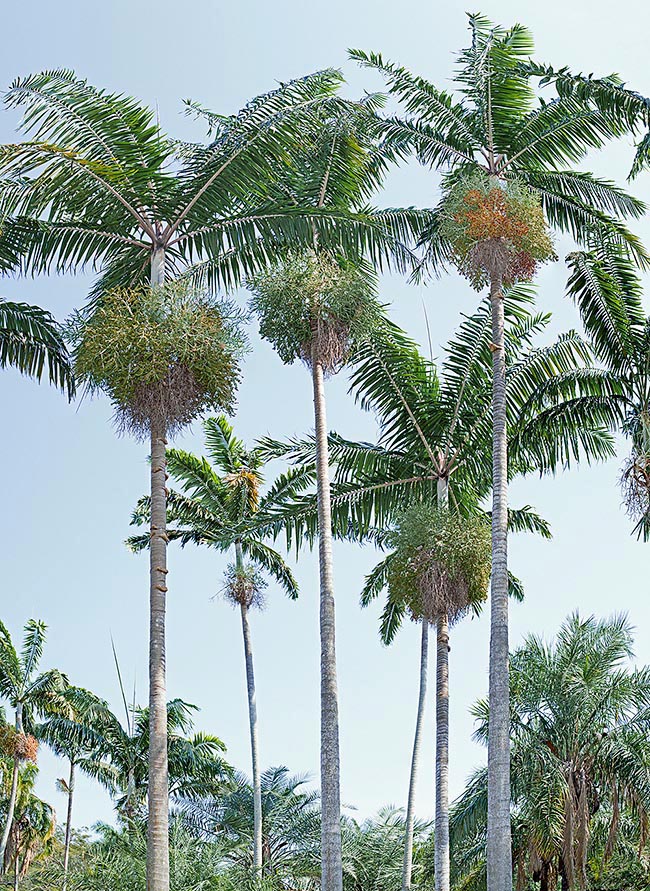 Cultivable in the tropical and humid subtropical climate zones, it adorns road sides and gardens, alone or in group © Giuseppe Mazza

It reproduces by seed, previously kept in water for two days, in aerated and draining loam maintained humid at the temperature of 24-26 °C, with germination times of about 2 months.

Palm of great ornamental and landscape value due to the thin stem and the elegant crown of leaves, as well as isolated specimen that in group in parks and gardens, even if relatively of small dimensions, or in a row in the sides of roads and alleys.

Of fast growth, is cultivable in full sun, but during the very first years of growth when it needs partial shade, exclusively in the tropical and humid subtropical climate zones.

It is not particular about the soil, but grows at the best in the deep ones, well drained and rich of organic substance, slightly acidic to slightly alkaline, maintained constantly humid, even if when adult can stand short dry periods.

It tolerates also the marine aerosols, hence can be employed close to the coasts. 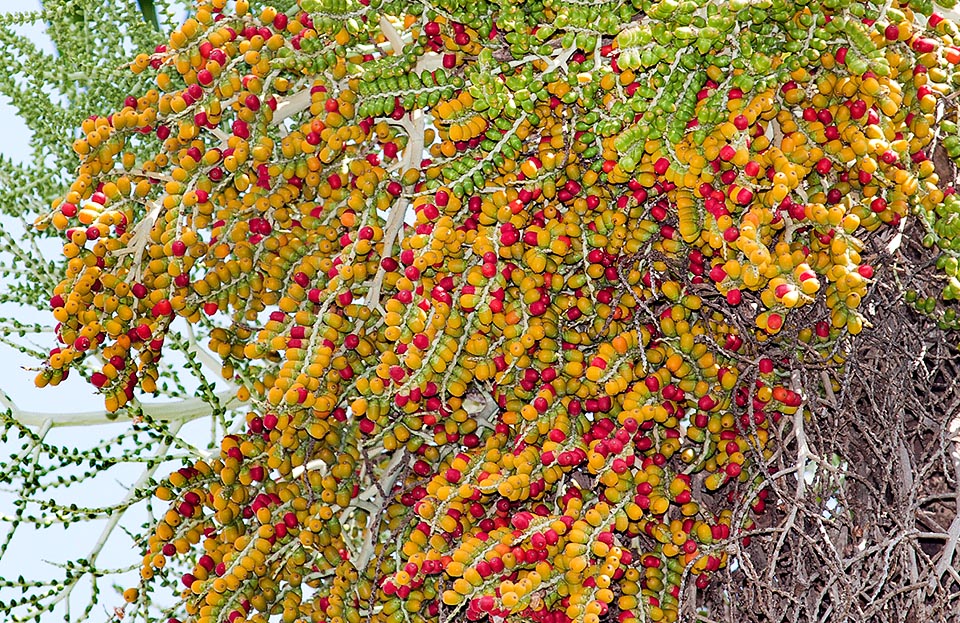 The numerous fruit, great just half of those of the analogous Veitchia arecina, are initially green, then yellow and finally bright red © Giuseppe Mazza