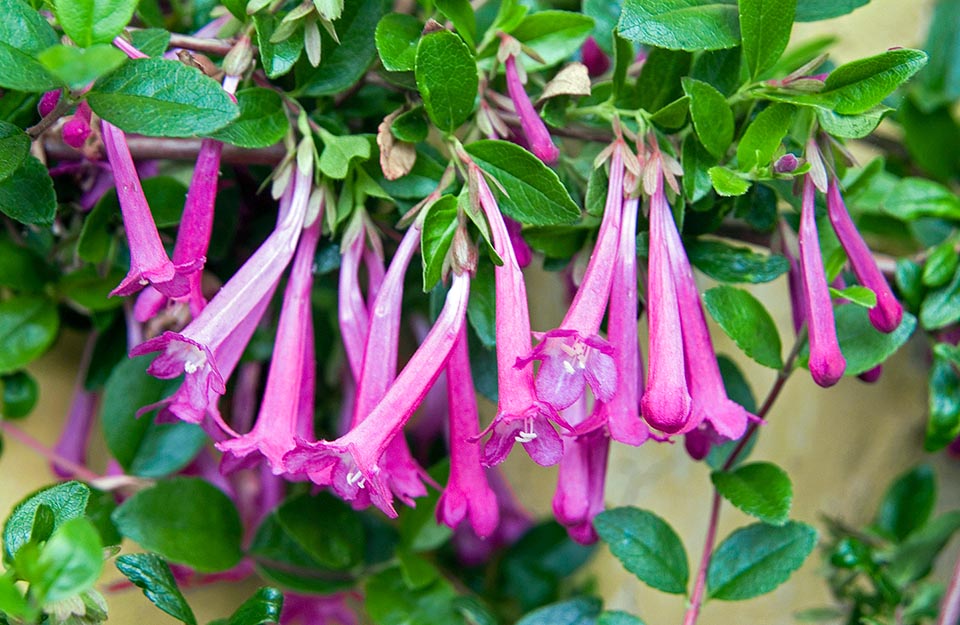 Due to its showy blooms, summer to autumn, Visalia floribunda is a splendid ornamental plant of Mexican Oregon widely employed in parks and gardens © Royal Horticultural Society – Tim Sandall

Vesalea is a genus of the family Caprifoliaceae characterized by species endemic to the temperate mountain regions of Mexico, in the states of Chiapas and of Oaxala, distinguished recently from the genus Abelia that includes only species proper to Eastern Asia, some endemic to China. The generic term is dedicated to the Flemish anatomist doctor André Vésale (1514-1564), father of modern anatomy, famous for his studies of dissection of the human body. The specific term refers to the abundant and prolonged blooming.

Vesalea floribunda M. Martens & Galeotti, known as Mexican Abelia, is an evergreen or semi-evergreen bushy shrub with arched branches, 2-4 m tall, with opposite leaves, ovate-lanceolate, about 3-5 cm long, with crenulate margins, briefly pedunculated, hairy below at the base of the median vein, smooth above and of bright green colour.

The flowers, drooping, very perfumed, are merged in axillary terminal racemes. The calyx is formed by 5 persistent sepals, the corolla is infundibuliform, tubular, hairy inside, of white colour or pink tending to red. The stamens are 4and protruding, the ovary is inferior, trilocular. 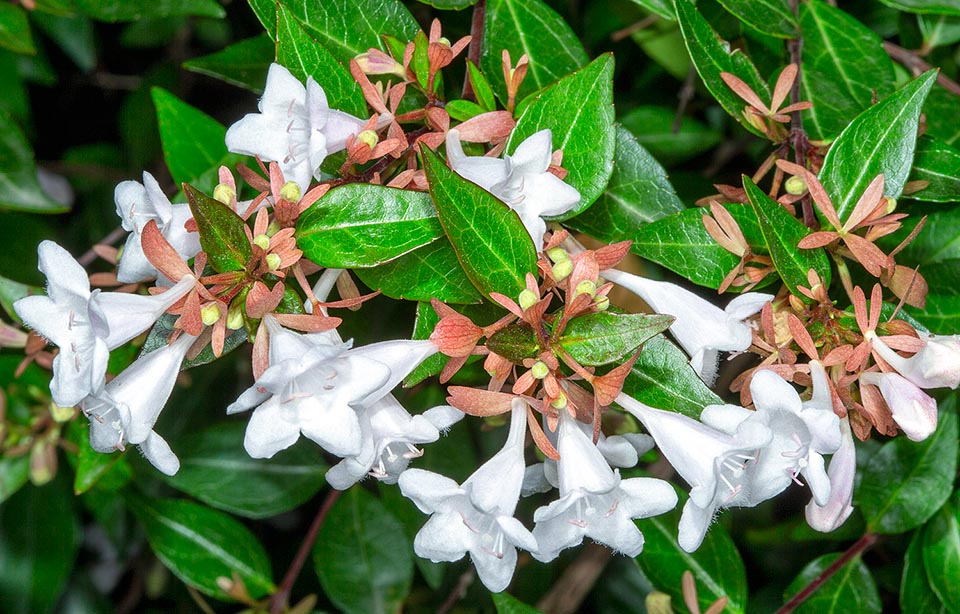 Yore, the genus included also this species, but now it is given only to Asian species that have originated the known hybrids, like Abelia × grandiflora © Giuseppe Mazza

The pollination, in the origin sites, occurs mainly through the hummingbirds. The fruits are achenes, surmounted by the persistent calyx.

It blooms from summer to autumn starting from the third year of life. It is a little demanding plant and resists cold (up to -10 °C, 14 °F) but prefers expositions sheltered from the winds, partially shaded in the warmest climates, deep, well-drained soil, rich in humus, not calcareous.

In not too cold climates the plant appears as semi-evergreen, in fact, it keeps part of the leaves that renew in spring. In the regions with cooler climate, it is good to shelter it in a greenhouse during the winter, or, if the plant lives in the open ground, the foot must be protected with mulching in order to mitigate the temperature of the soil.

It is to be pruned in autumn or in late winter for a cleaning and to maintain the specimen compact. It multiplies by semi-herbaceous cutting in summer, woody in autumn-winter. It may be subjected to aphids attacks. 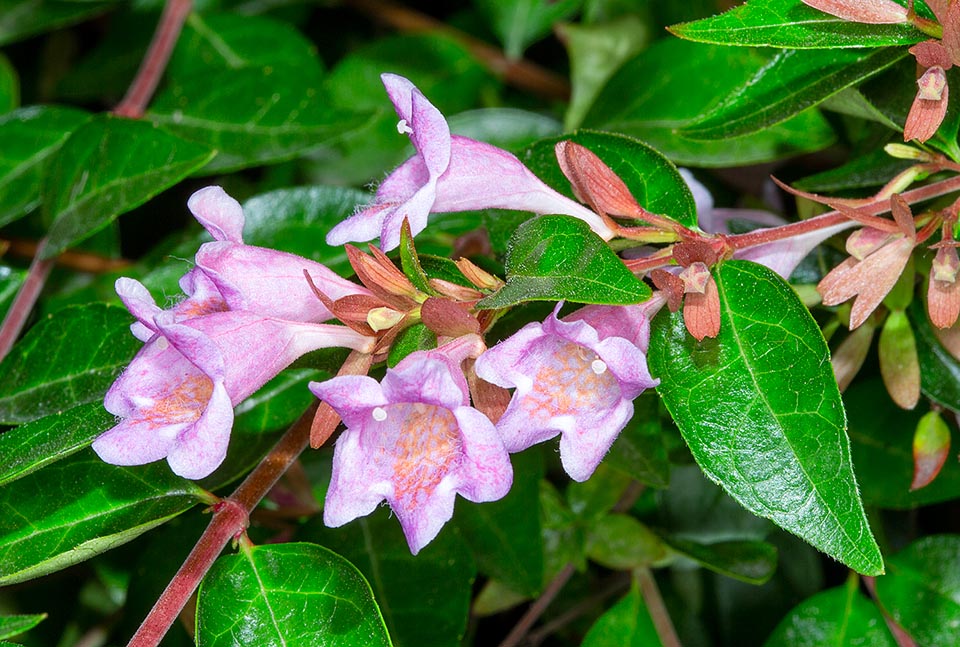 The success of this hybrid, with various horticultural variants, comes from the easy cultivation, abundant perfumed blooming and semi persistent leaves renewing in spring © Giuseppe Mazza

Due to its showy blooming Vesalea floribunda is an ornamental plant amply employed in parks and in gardens. It may be used to form fences as well as shrubs. As a single specimen it can be cultivated also in a pot having a diametre of at least 50 cm. During the warm season it is to be watered regularly to maintain the blooming. Water stagnation must be avoided in winter.

Frequently, in the European gardens, are cultivated hybrids, some of them of Asian origin, such as Abelia × grandiflora characterized by very ornamental leaves and flowers with tubular corolla, very perfumed, white or pink, whose blooming lasts several months. This hybrid has been obtained by crossing A. chinensis with A. uniflora.

Abelia as well as Vesalea may cause allergies in sensitive subjects, having an index of 5 (moderate) in the scale of allergy OPALS (Ogren Plant Allergy Scale), but this value can increase if more specimens are present.