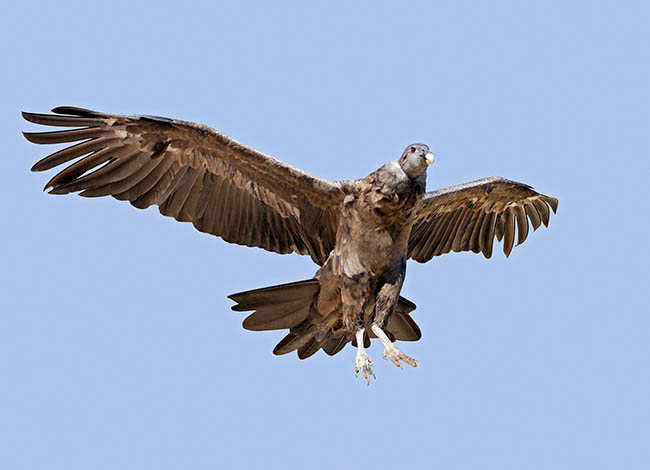 Comparing weight and wingspan, the Andean condor (Vultur gryphus) is the biggest flying bird in the world. Typical to South America it is seen twirling high and with ease on the foot of the Andes as undisputed dominator, tanks to the almost 3,5 m of wingspan. It nourishes of carrions and is so much greedy to gobble such a quantity of food to not be often able to take off if not after having, at least partially, digested his copious lunch © Giuseppe Mazza

→ To appreciate the biodiversity within the birds of prey please click here.