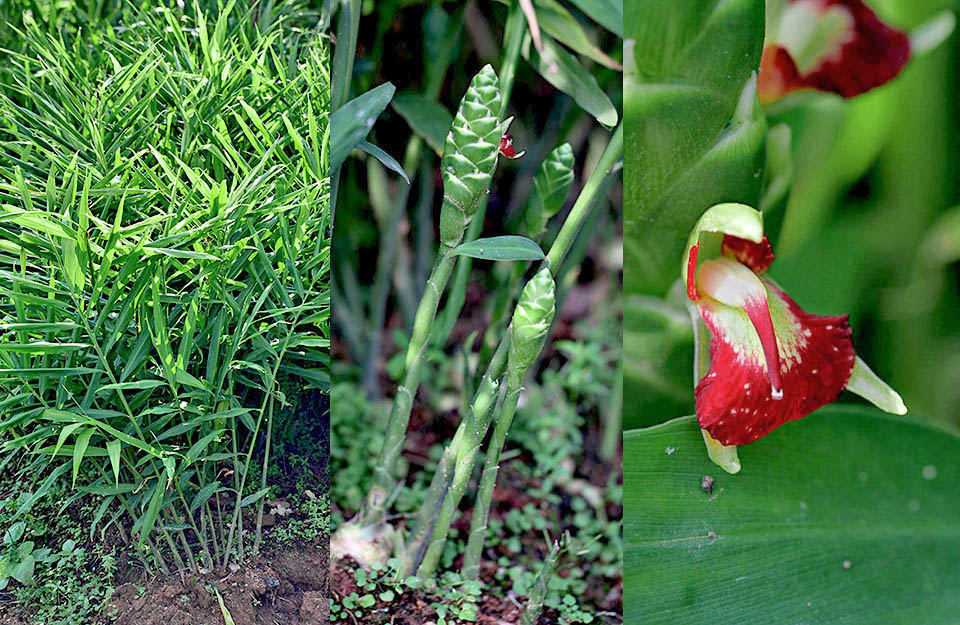 The ginger plant can even be 1 m tall. Particulars of the compact spikes of inflorescence and of conspicuous flower © Thian Yeo

As per many plants having a long history of cultivation since the remote times, the area of origin of the Zingiber officinale Roscoe (1807) is not known exactly, being thought to be the south of China and of India.

The name of the genus comes from the Latin “zinziber” (late Latin “gingiber”), in Greek “ziggiberis”, which seems to come from the Prakrit name “singabera”, which, in its turn, should come from the Sanskrit “srngavera” or “shringavera”, which means shaped like the antlers of a deer, with reference to the ramified rhizomes; the name of the species comes from the Latin “officina” = factory, laboratory, hence, relative to the pharmacy, as it contains medicinal substances. 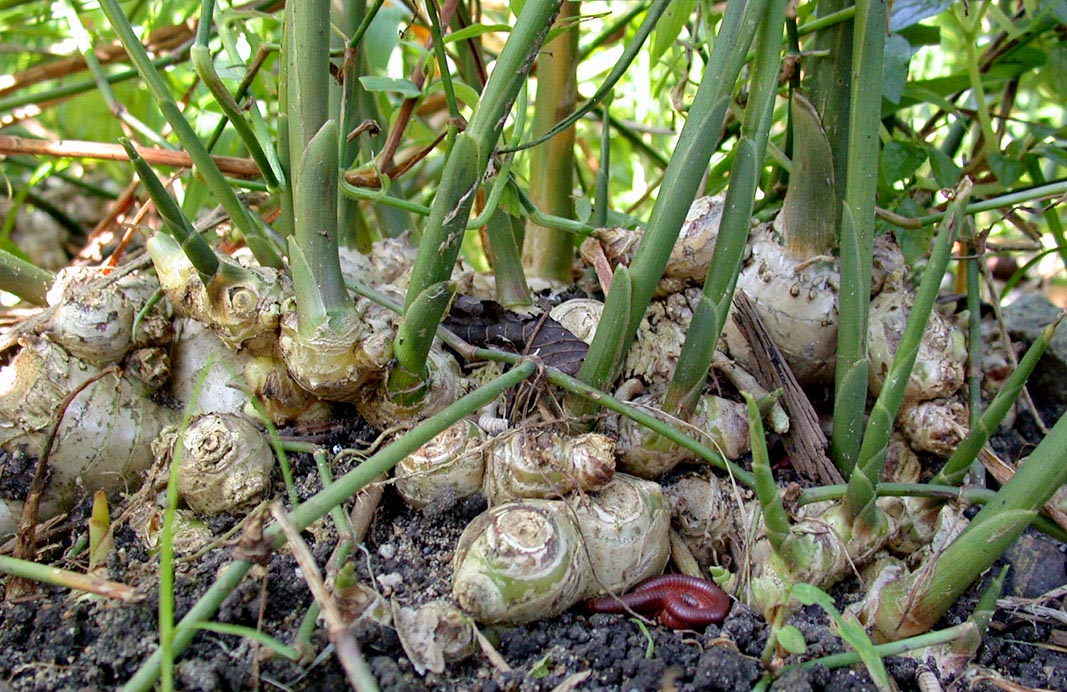 It is supposed that Zingiber officinale, grown since old times, is native to South China and India. Stems and inflorescences sprout from emerging rhizomes © Thian Yeo

Perennial herbaceous plant, it shows tuberous rhizomes, fleshy, ramified and aromatic, with thin stems tall up to 1 metre, similar to canes; the leaves, lanceolate, are long up to 30 cm and wide 2,5 cm, of a dark green colour.

The inflorescences, which come out directly from the rhizomes, are compact 25-30 cm tall spikes, with light green bracts, from which appear greenish-yellow flowers with the central labellum with purple coloured stripes dotted with yellow cream spots.

The fruits are dehiscent capsules (that is, opening when ripe along lines of minor resistance) of red colour containing tiny black seeds with white aril (involucre that in some species wraps all or in part the seeds).

It usually reproduces by division, rarely by seed (many varieties in cultivation are sterile or bloom rarely). 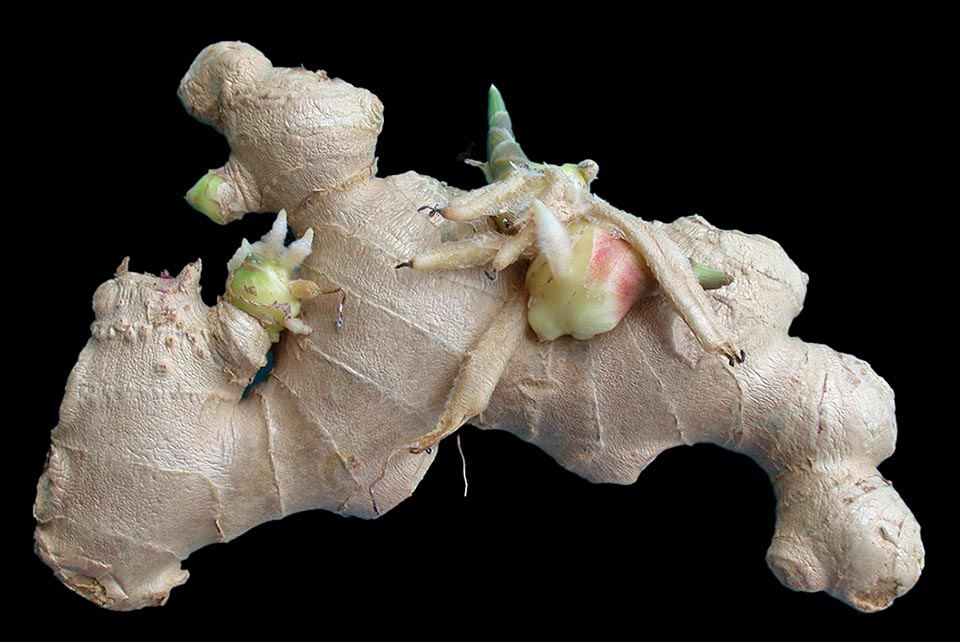 Rhizome with medicinal virtues. Ginger is used nowadays in all the world to flavour foods and drinks © Thian Yeo

Since the ancient times its rhizomes are variously utilized both for the traditional medicine and for aromatizing foods and beverages. Nowadays, its cultivation is spread in all the tropical and subtropical countries, but it’s India which presently holds the record with about the 50% of the world production.

For an optimal growth, it needs rich soils, kept wet during the vegetative period, and a full sunny or partial shady exposition.