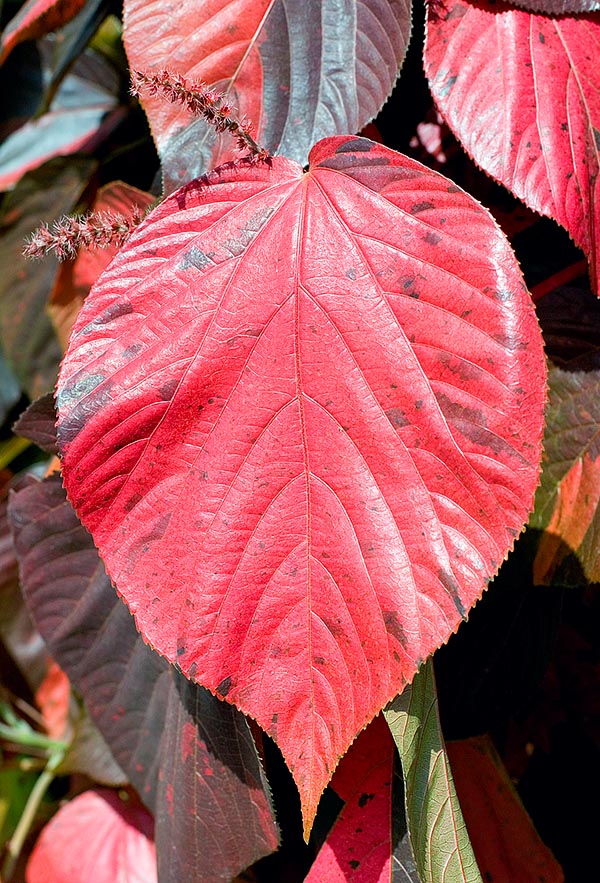 The name of the genus comes from the Greek “akalyphé” = nettle, given by Linnaeus, due to the resemblance of the leaves of some plants of the genus with those of a nettle (Urtica dioica).

The name of the species is honoured to Charles Wilkes (1798-1877), commander of the USA exploring expedition in the South Pacific between 1838 and 1842; the name of the form is the combination of the Greek words “makros” = big, and “phyllon” = leave, with obvious meaning.

It is a fast growing evergreen shrub which can reach the 3-4 metres of height. The leaves, ovate-cordate, long up to about 20 cm, with indented margins, are variously coloured in green, bronze, red, white and yellow-cream.

The inflorescences, at the axil of the leaves, are pendulous, 15-20 cm long, with small red flowers, much less evident than those of other plants of the same genus, such as Acalypha hispida and Acalypha chamaedrifolia, and often hidden by the great leaves.

Plant of great ornamental value, due to the showily coloured foliage, widely cultivated in the tropical and subtropical countries, in full sun, for a more intense colouration, and protected from the strong winds.

Elsewhere, it is to be cultivated in pot, in order to be kept sheltered in winter, as it does not bear temperatures even of few degrees over zero. It usually and easily multiplies by cutting. 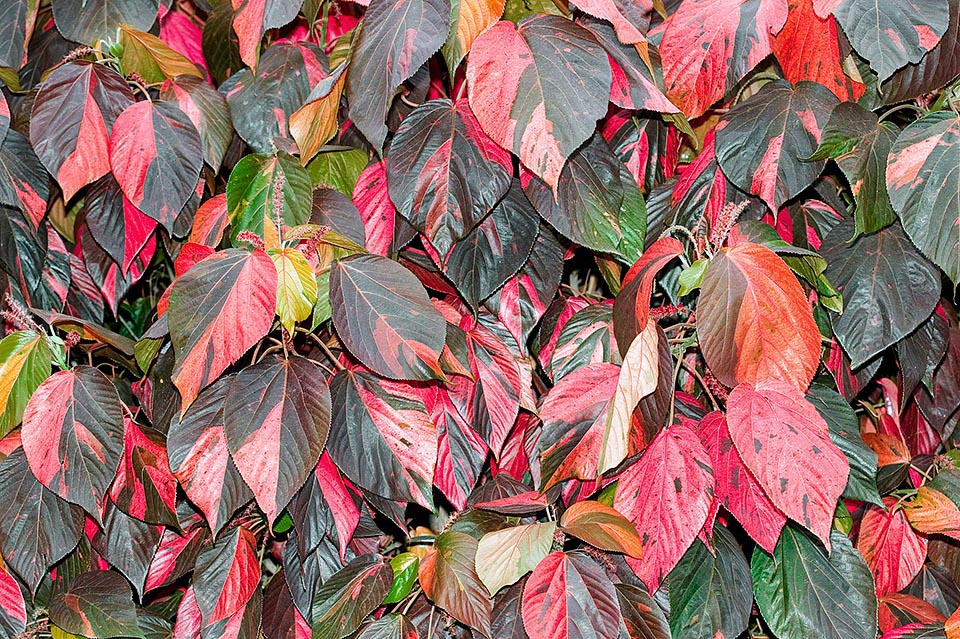 The evergreen shrub may be 3-4 m tall with even 20 cm long leaves. Grows well in open air, basking in the sun, in the tropical and subtropical gardens © G. Mazza