The Black-barred surgeonfish (Acanthurus polyzona Bleeker, 1868), belongs to the class Actinopterygii, the ray-finned fishes, to the order of the Perciformes and to the family of the Acanthuridae.

It lives, very localized, only in the western Idian Ocean. We find it at the Comoros Archipelago, along the coasts of Madagscar and at Réunion, Mayotte and Mauritius Islands. 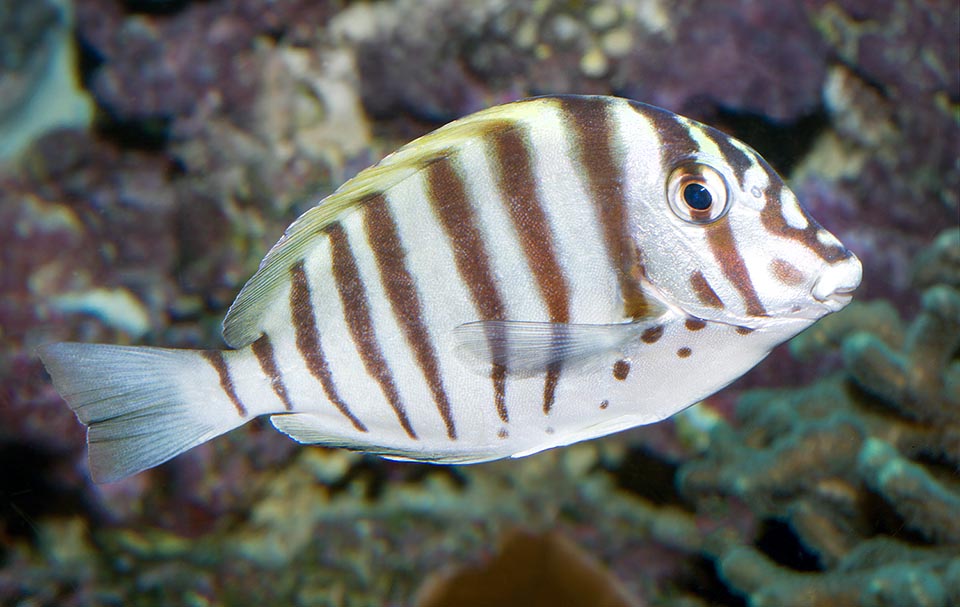 It goes swiming in shallow waters, never under the 15 m of depth, among rocks covered by weeds and corals, but also in the tidal zone among the roots of the mangroves.

It usually does not exceed the length of 11 cm, though some people talk of 20 cm. The relatively flat, short and angled, more rhomboidal than oval with spread fins, shows a protruding front that goes down almost vertically. As a whole, it looks much like the Acanthurus triostegus, so much that they had talked of a subspecies, even if decidedly smaller with almost the double of vertical bands. In fact, on the body we count 8 of them, starting from the caudal peduncle, plus a broken one that crosses the eye not to forget the fragmented drawings on the muzzle. 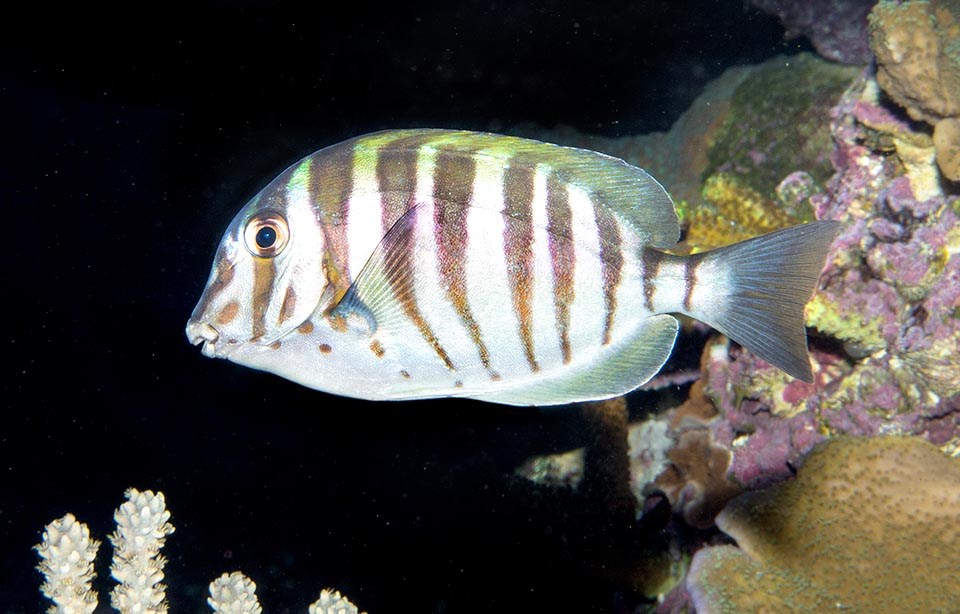 Poorly studied, swims in shallow waters among rocks covered by weeds and corals, but also in the tidal zone among mangroves roots © Giuseppe Mazza

The sharp blade on the caudal peduncle is surely little visible. It is not emphasized because these small fishes do not need it, in fact they primarily play the mimetic card in their survival strategies.

Seen the modest diffusion and the absence of studies or monitorings, little is exactly known on the species that has a feeding, probably based, as for Acanthurus triostegus, on the filamentous algae and the plankton. 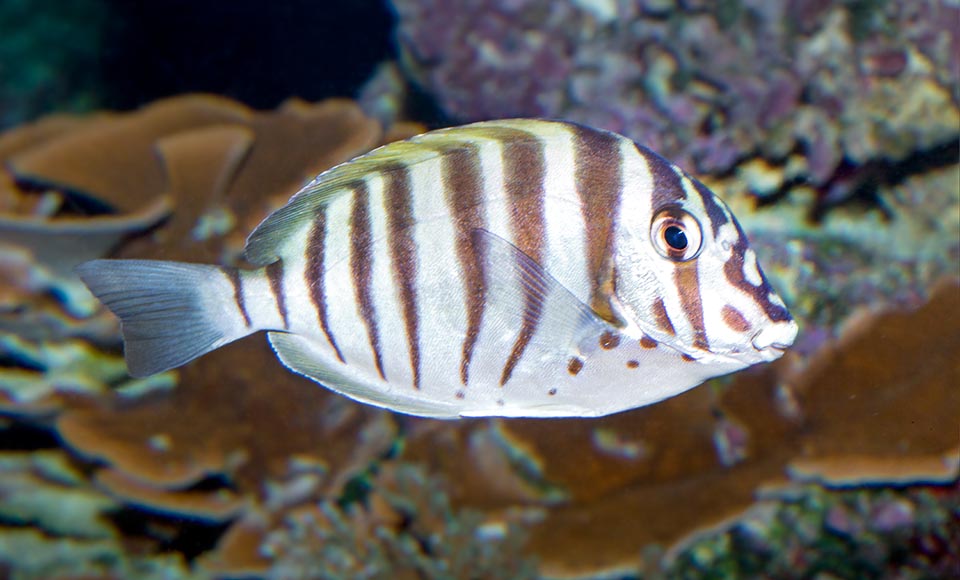 Usually does not exceed the 11 cm, less than half than similar Acanthurus triostegus, but with an almost double number of vertical bands © Giuseppe Mazza

t is well known that the males show a courting livery, that the fecundated eggs and the larvae are planktonic. From observations carried out after the hurricane of 1989 at the Réunion Island, it seems that the populations had kept stable thanks to the excellent resilience of the species, that may double its membres in less than 15 months.

The Acanthurus polyzona is not fished for food purposes and even less required, due to the high cost and the modest look, by the aquarium market. Consequently, the vulnerability index is very low, and marks just 12 on a scale of 100.