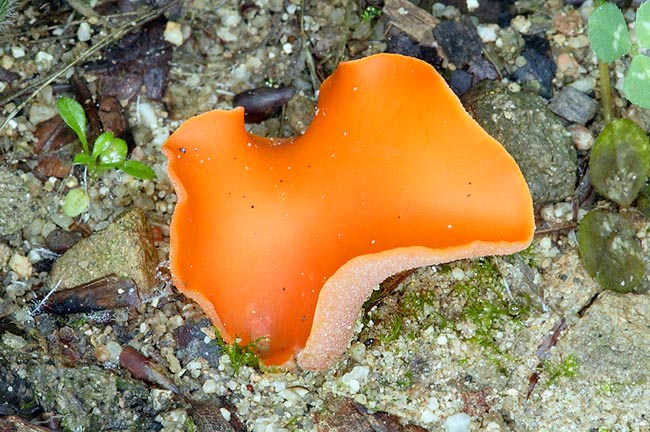 The term “aurantia” comes from the Latin “malum aurántium” which means colour of the orange.

Description of the Family and of the Genus

To this family belong sessile carpophores, with a more or less hairy margin, all terricolous fungi; the hymenium covers the apothecium, the asci are operculate with non amyloid apex.

To the genus Aleuria are ascribed small and medium-sized fungi, with sessile apothecium or with a very short peduncle, almost flat or deeply and irregularly cyathiform.

The hymenophore is smooth, with a bright colour going from the yellow to the pinkish orange, the outer surface is concolorous, but paler, and may be smooth or pruinose. Non amyloid, octo-sporic asci, hyaline spores, ornately. 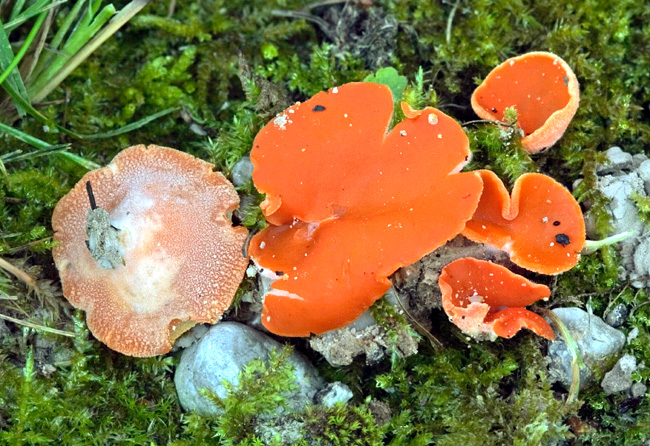 Apothecium: sessile from 1 to 8(10) cm of diameter, cup-shaped; margin initially straight, then more or less undulated, at times flattened, at times fissured. The carpophores are gregarious, often crowded on each other so much that the shape varies in even remarkable manner due to the pressure of the carpophores.

Habitat: on barren soil, in the open spaces and along the margins of the paths, in numerous groups, late summer-autumn.

Spores: ellipsoidal, 14(17) × 9(11) µm, uniseriate in the ascus, initially smooth and with two guttulae, then covered by thick network forming two apiculi at the extremities.

Paraphysis: thin, slightly clavate at the margin, as an average, longer than the asci, containing, in the upper part, bright orange pigments which react with the iodated substances assuming a greenish colouring. 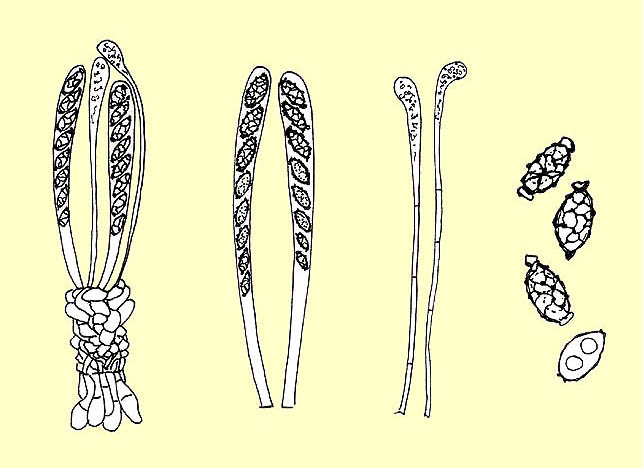 It’s a species characterized by: a particular habitat, as a matter of fact, it grows on barren, clayed soil or on stony paths, never inside the wood.

It has a nice bright orange colour in the hymeneal part, whilst the outer surface is paler and dandruff-like; there are no hairs at the margin and the outer part.

Some species of the genus Scutellinia (Cooke) Lambotte 1887, which, however, are smaller carpohores and have the margin and the outer surface covered by thick hairs, even 2 mm long.