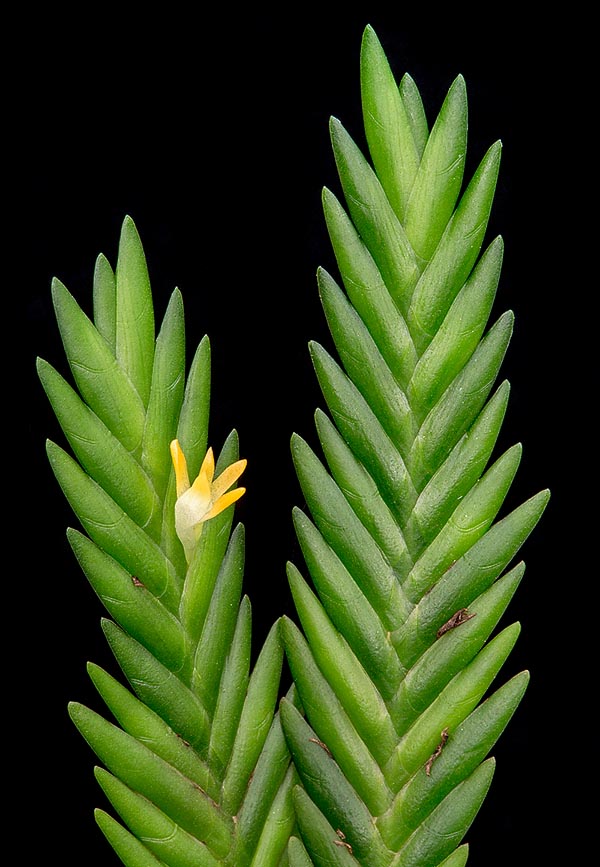 The specis is native to tropical West Africa (Cameroon, Democratic Republic of the Congo, Equatorial Guinea, Gabon, Ghana, Ivory Coast, Liberia and Nigeria) where it grows as epiphyte on the trees of the dense humid forests at low and medium altitudes.

The name of the genus comes from the Malay one, “angurek”, utilized for epiphytic orchids; the name of the species is that of the genus Podochilus Blume with the Greek suffix “-οειδής” (-oeidés), from “εἶδος“ (êidos) = shape, look, hence similar.

The Angraecum podochiloides Schltr. (1906) is an epiphytic species with thin stems drooping or curved upward, little ramified, up to 60 cm long, provided for all their length of numerous alternate leaves, distichous, imbricate, equitant (having only one face with two-folded lamina along the central vein), falcate-lanceolate, 1,3-2 cm long and 2-4 mm broad, fleshy, of dark green colour.

It reproduces by seed, in vitro, and at amateur level by division. Miniature orchid with characteristic foliage quite rare in cultivation, requires a shady position, average high temperatures, 20-30 °C, with lowest ones of not less than 16 °C, high and constant humidity, 75-85%, and air in continuous and light movement. Regular and abundant waterings during the growth period, more spaced during the vegetative rest, but without leaving it to dry up completely, utilizing rain water, by reverse osmosis or demineralized.

Nebulizations in the morning with water at ambient temperature in presence of high temperatures and air with insufficient humidity. Usually, is mounted on trunks, bark, rafts of cork or of arborescent ferns roots with a layer of sphagnum at the base to maintain the humidity, can be also cultivated in pots or suspended baskets utilizing a compost based on medium sliced bark fragments with addition of inerts to improve the drainage and favour the passage of the air around the roots. 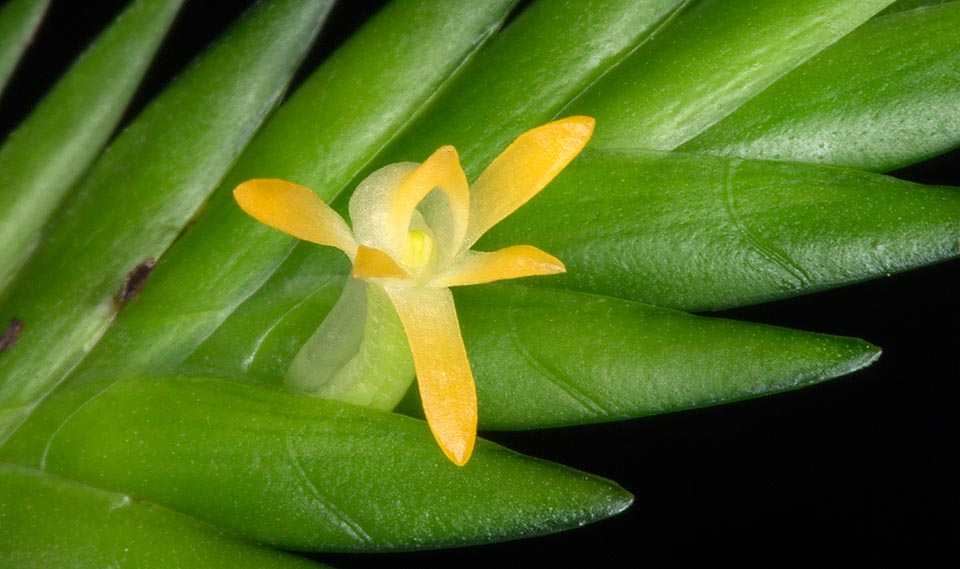