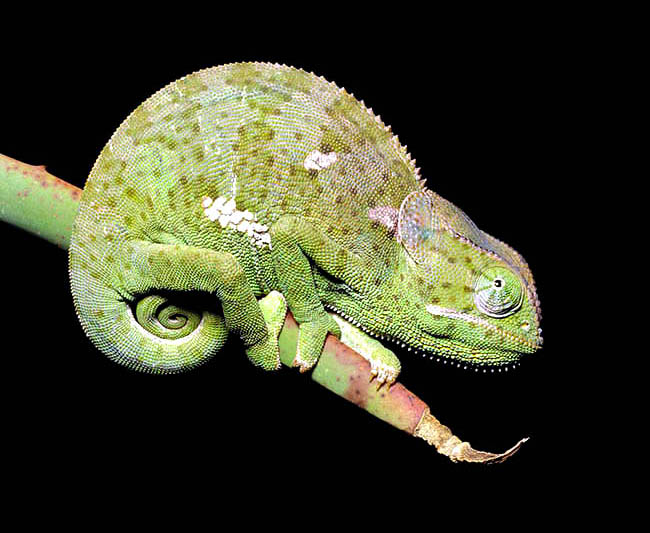 Among all the chameleons, the Flap-necked chameleon (Chamaeleo dilepis) is that with the largest range. We find it from eastern Africa to South Africa but also in Cameroon, Congo, Angola and Zambia. In accordance with the common name it has great occipital lobes. The size varies after the populations but the females are always bigger than the males with a maximum of 42 cm, compared to the 25 cm of the males, and they are those defending fiercely the territory with bites. The basic colour can be pale green, yellowish green or brown greyish with variable spots and a dark dotting that can disappear or considerably extend when the animal is under stress © Giuseppe Mazza 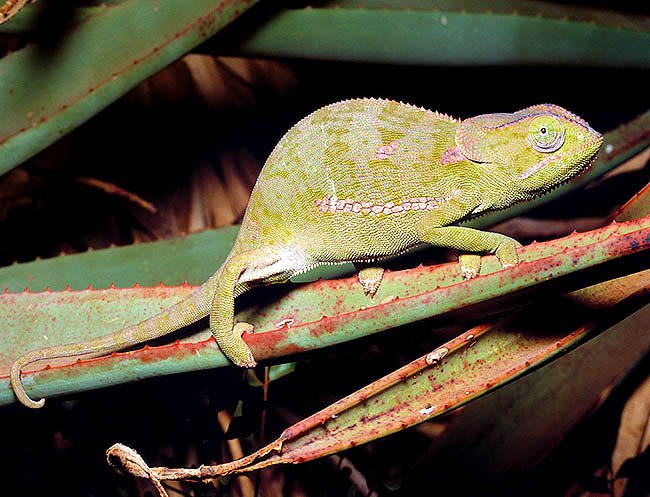 Here it has adopted a “low profile”, moving slowly on an aloe, imitating the environmental colour. It nourishes of insects, mainly grasshoppers and coleopters it catches with its long sticky retractile tongue but also of small adolescent vertebrates such as mice and nestlings. It refuses the vegetables and for hydrating collects the drops of water as if preys or licks the dew. During the day it can get down hunting among bushes or in tall grass but by night prefers to take shelter on the tallest branches of the trees. The females lay 22-55 eggs even 3 times a year © Giuseppe Mazza