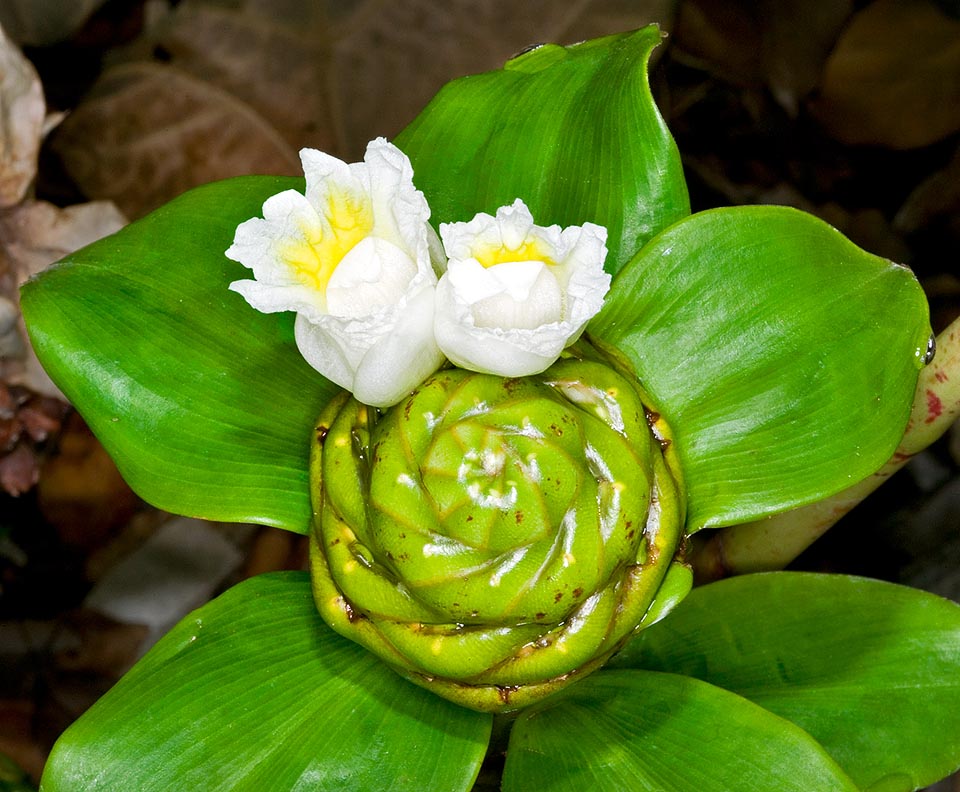 The Costus afer is a perennial, evergreen, rhizomatous herbaceous species that in Tropical Africa can be 4 m tall © Giuseppe Mazza

The generic name was given by Linnaeus honouring Dioscorides who had described a plant, deemed similar, with the name “κόστος” (kóstos); the specific name is the Latin adjective “afer, afra, afrum” = African, with obvious reference.

The leaves, on a 0,5-1 cm long petiole, are simple, obovate-elliptic with acuminate apex and entire margin, 15-30 cm long and 4-9 cm broad, smaller in correspondence of the inflorescence, with margin and lower page slightly hairy. 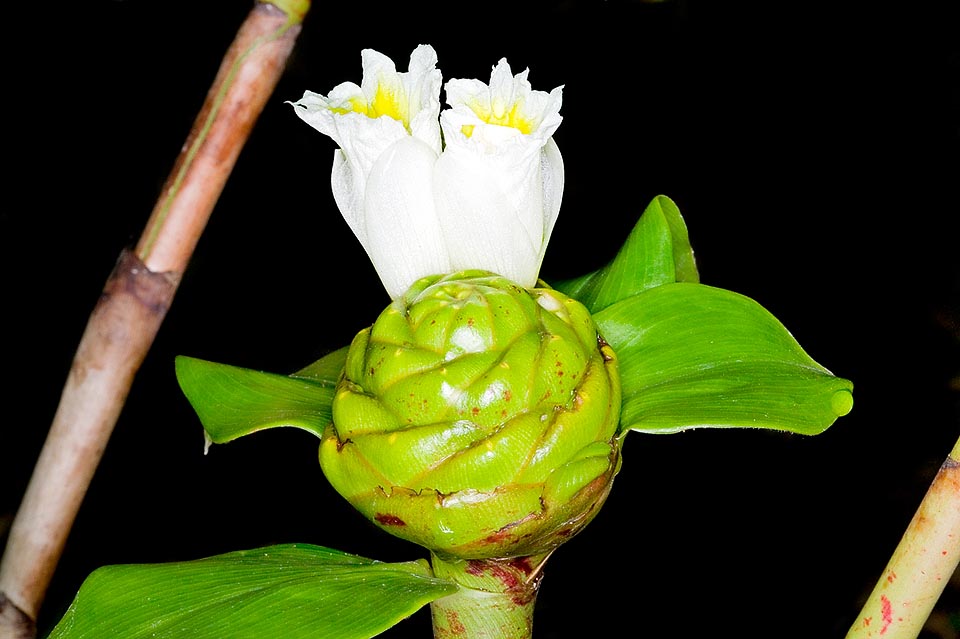 Tubular corolla about 2 cm long, with oblong-ovate lobes about 3,5 cm long, semi-transparent to white, one free fertile petaloid stamen, ovate, about 3 cm long and 1 cm broad, of white colour, and 5 sterile stamens fused together to form a petaloid labellum with wavy margins, about 3 cm long and broad, white, or suffused of pink on the margins and run by one central yellow orange band that serves as “guide” for the pollinating insects

The fruit is an ellipsoid capsule about 1 cm long containing numerous black seeds with white aril.

It reproduces by seed that is to be put in place as soon as possible having a short lasting germinability, in loam rich of humus with addition of sand or perlite per a 30%, maintained humid and in shady position, at the temperature of 22-26 °C, with germination times of 4-5 weeks, and easily by division and portions of stem.

Species that in Africa is often present in the family gardens being all parts of the plant variously utilized since remote times for treating several pathologies, in particular breathing problems, diseases of the digestive system, of the eyes, hypertension, tachycardia, rheumatoid arthritis, malaria and skin infections. 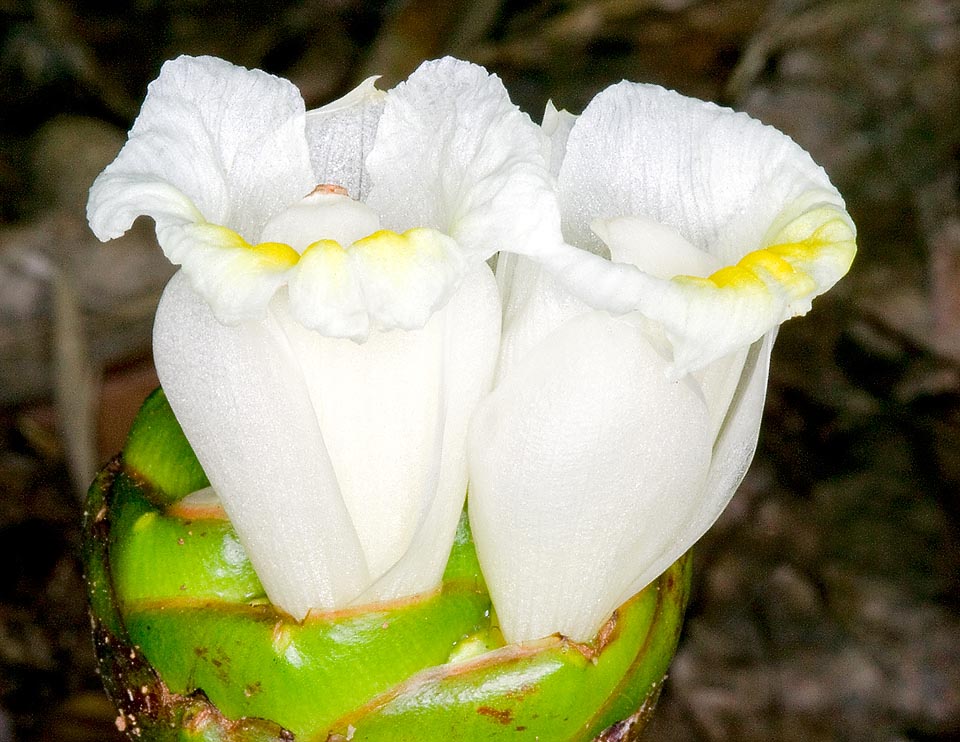 The candid corolla has a central yellow orange band that serves as “guide” for the pollinating insects. All parts of the plant display medicinal virtues © Giuseppe Mazza

Laboratory researches have evidenced the presence in various parts of the plant of bioactive substances with anti-bacterial, anti-inflammatory, antioxidant and anti-hyperglycemic properties.

Besides for the medicinal uses it is often cultivated for ornamental purpose due to its flowers with their showy labellum, ephemeral, but continuously produced. Utilizable for such purpose in the tropical and humid subtropical climate regions in full sun or partial shade in draining soils, preferably acidic or neutral, rich of organic substance.

Cultivable also in capacious pots for the decoration of patios and terraces, or greenhouses and luminous winter gardens, where the climate does not allow the permanence in open air during the coldest months, with lowest temperatures not under the 15 °C, utilizing an organic draining loam. Rgular and abundant watering in summer, more spaced in winter, but without ever letting the loam to dry up completely and monthly fertilizations, in spring-summer, with a product balanced with micro-elements at 1/3 of the dosage suggested by the producer.