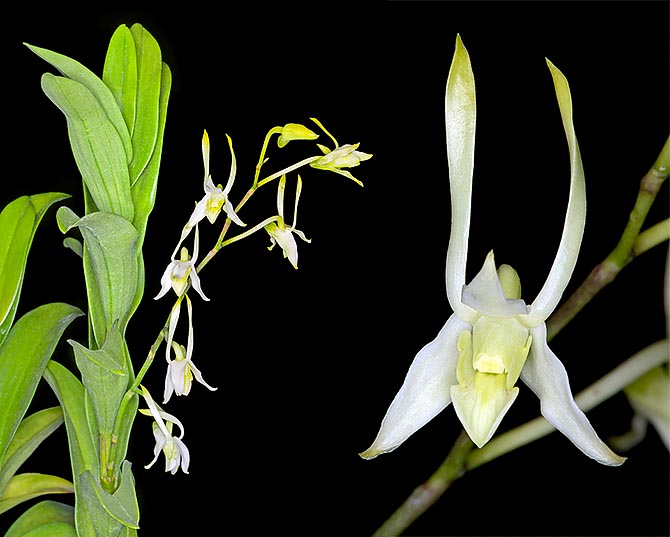 Dendrobium taurulinum is a little known Moluccan epiphyte with flowers reminding the head of a bull © G. Mazza

The species is native to the Maluku Islands (Seram) where it lives as epiphyte on the trees of the humid forests at low altitudes.

Almost erect racemose inflorescences from the upper nodes, up to 15 cm long carrying up to 7 flowers of about 2 cm of diameter of yellowish white colour, 1,3 cm long labellum.

It reproduces by seed, in vitro, micropropagation and division, to be done by the vegetative restart, with each section provided of at least 3-4 pseudobulbs.