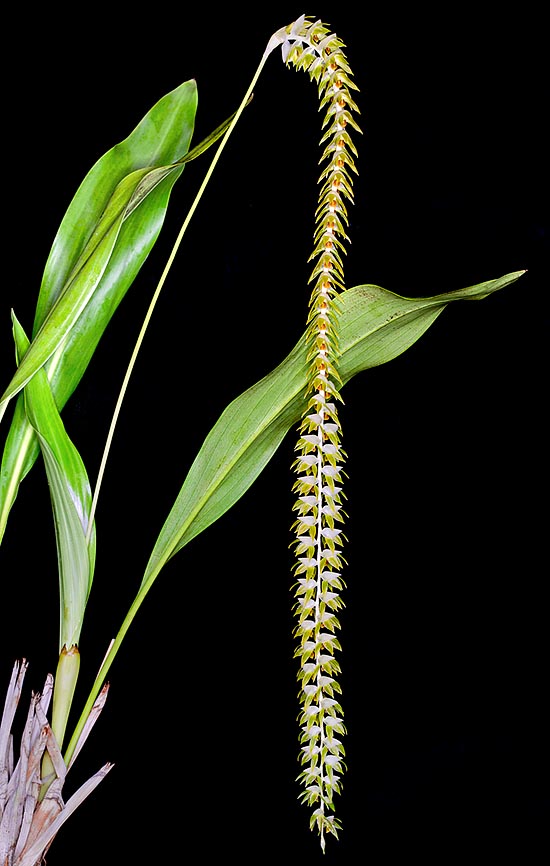 Dendrochilum latifolium var. Macranthum is a Philippines epiphyte with short creeping rhizome and conical 3-8 cm pseudobulbs. They have only one leaf even 50 cm long with 20 cm long petiole © Giuseppe Mazza

The species is native to Philippines where it lives on the trees of the humid forests up to about 1600 m of altitude.

It reproduces by seed, in vitro, and by division at the end of the blooming.

Species of easy cultivation, among the biggest of the genus, forming in short time wide tufts, requires a slightly shaded exposition, medium-high temperatures, 22-32 °C in summer, slightly lower in winter, with night lowest ones not under the 13 °C, high humidity and, fundamental, a good ventilation. Frequent waterings from spring to autumn, more spaced in winter letting the compost to partially dry up before giving water again, utilizing rain water, demineralized or by reverse osmosis. Fertilizations every two weeks from spring to autumn utilizing a balanced hydrosoluble product, with microelements, at ¼ of dosage shown on the package. It is usually cultivated in pots or baskets with compost that can be formed by finely sliced bark fragments, charcoal and sphagnum. The repottings are to be done, when necessary, after the blooming at the appearance of the new roots. 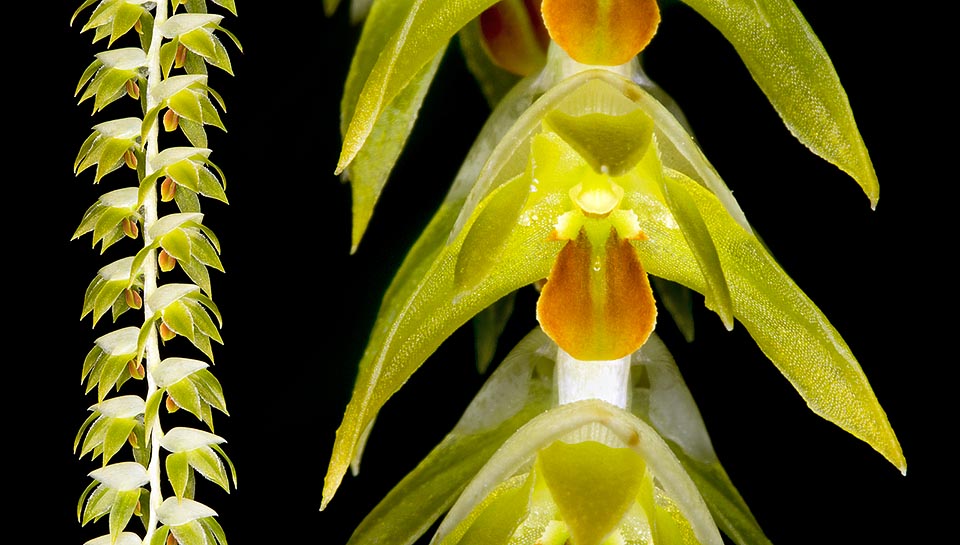 Racemose inflorescences, on erect peduncle, developping simultaneously with the new pseudobulb and the new leaf, suddenly drooping, 15-35 cm long. They bear a crowd of tight tiny distichous flowers, of about 1,5 cm of diameter, intensely perfumed, with greenish yellow sepals and petals and orange yellow labellum © Mazza