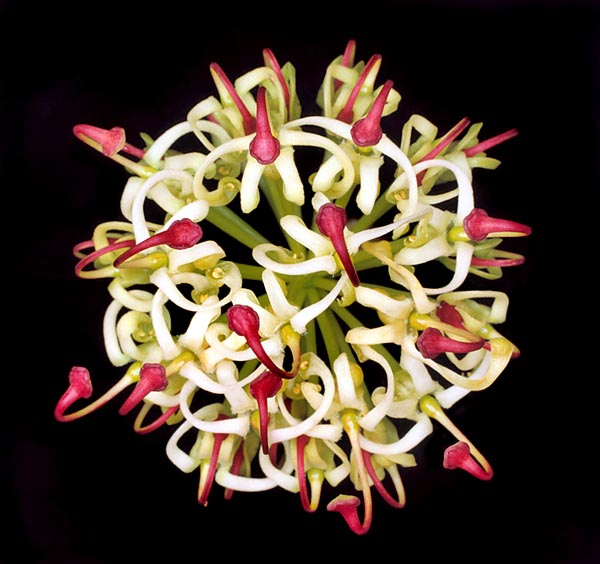 The species is native to western Australia where it grows in the thickets, mainly on sandy soils.

Axillar or terminal inflorescences, erect, often emerging from the crown, ramified, the single racemes are sub-globose with numerous hermaphrodite flowers with curved yellow to orange tepals and style of the same colour, tending to the red on the back.

The fruits are erect follicles, obovoid, 2,3-2,8 cm long and slimy. It reproduces by seed in sandy loam kept humid, at the temperature of 20-22 °C.

It is not resistant to the fire, having no lignotuber, the upper part of the root, enlarged and lignified, which allows the plant to regenerate after a fire, its survival is therefore linked to the seeds whose germination is favoured by such circumstance.