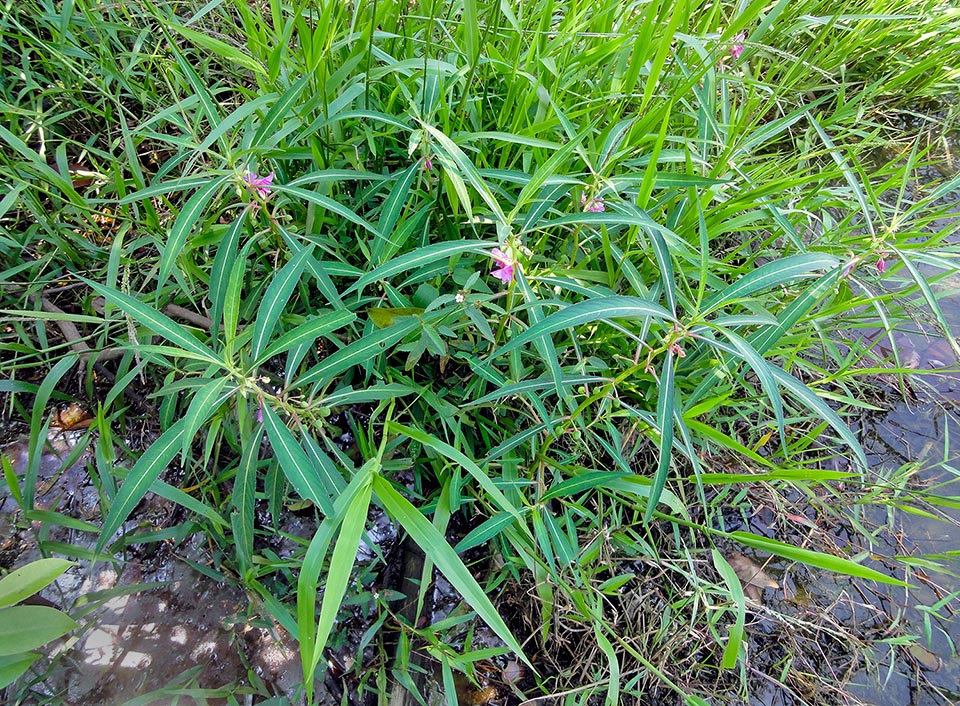 Together with the genus Impatiens it belongs to the family Balsaminaceae, but unlike Impatiens, rich in a lot of species, it is the only species of the genus Hydrocera. Common names: Water balsam, Marsh henna (English).

It is a perennial semi-aquatic plant growing in puddles, ponds, lakes, rice fields and moats. The stem is up to 1m tall, fleshy, with submerged part up to 70 cm. The submerged portion is white with spongy texture, without leaves and with roots on the lowest nodes. The portion over the water is leafy, erect, without branches, green, often with pink shades. 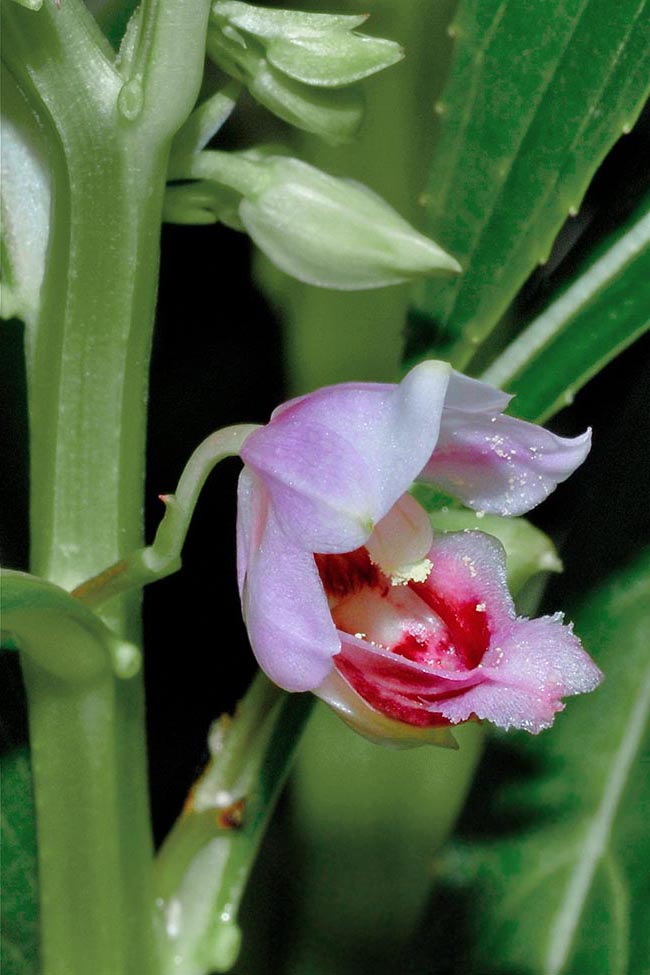 It belongs, like the Impatiens, to the family Balsaminaceae but differs for the free petals not united at the base © Robert Combes

The leaves are linear to lanceolate, serrate at the margins, glabrous on sides, pale green on the lower pagina, dark green in the upper one.

The inflorescences are racemose with short axillary peduncles, with 2-5 flowers, usually 3. The lower structure is tetracyclic: 5 sepals, 5 petals, 5 stamens and 5 carpels. The sepals and the petals are free, eye-catching and coloured.

Due to the rotation (resupination) of 180°, the lowest sepal is navicular and spurred, the upper petal is hooded, obovate and the four lateral petals are grouped in two upper ones strictly oblong and the lowest two longer and narrow having swollen apex.

The stamens are merged in the upper portion of the filaments and in anthers wrapping completely the gynaeceum. The anthers protrude downwards thus behaving like a “brush” against the body of the pollinators. The ovary has 5 loculi, with 2 of 3 upside-down per loculus; the stigmas are five, sessile.

The fruit, red when ripe, is a fleshy drupe (pseudo-berry), globose, indehiscent, with five loculi with one seed each. The seeds are curved, wrinkly and have no endosperm.

Hydrocera differs from Impatiens due to the morphology of the flowers and of the fruits. These last are explosive capsules present in all species of Impatiens, each one containing many seeds, whilst in Hydrocera they are pseudo-berries containing only 5 seeds. These differences in the reproductive structures seem to be sufficient to guarantee the taxonomic separation between the two genera inside the family.

It is probable that the cause that has produced such a high number of species in Impatiens and only one in Hydrocera is to be found in their habitats.

Impatiens is found in the forests and in the mountain environments that offer a high heterogeneity of resources and a possible potential isolation of the various populations. This has allowed a greater potential for diversification and therefore the genesis of new species. The habitat of H. triflora is semi-aquatic and surely much more restrictive for a possible diversification.

To this limitation we must add the different capacity of dispersion of the seeds. All species of Impatiens produce many seeds by means of a capsule fruit that explodes dispersing them over relatively large distances, whilst Hydrocera matures pseudo-berries that fall in the water, and as they do not float, they remain immersed till when the flesh coating will not decompose in this way permitting the seeds to get out and free. 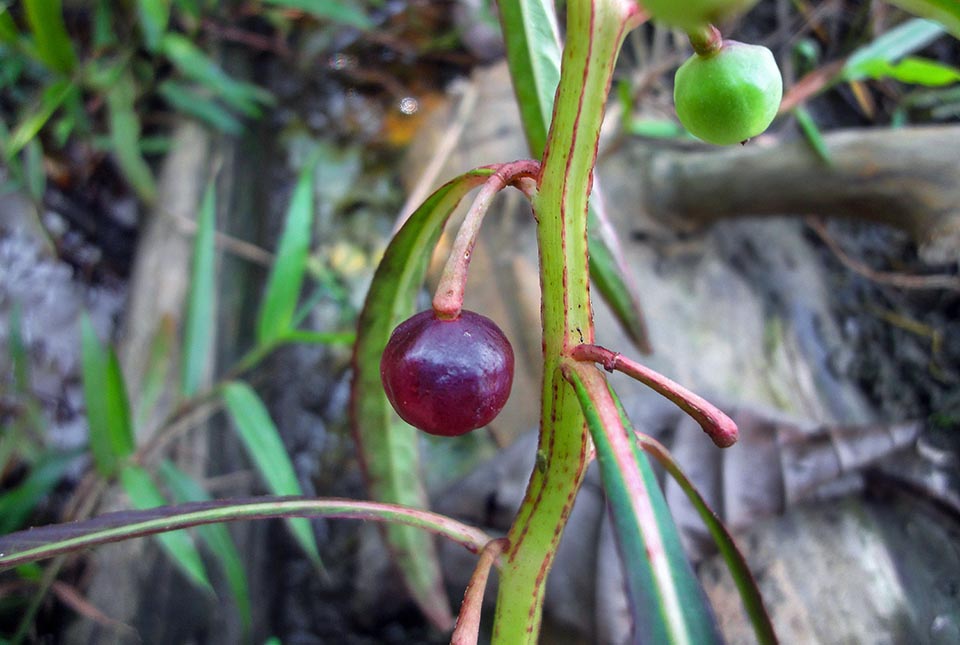 The fruits sink, decompose, and the floating seeds are dispersed by currents. A winning strategy, but which however limits the spread to aquatic environments © Kwan Han

These, thanks to their air sacs, go floating to be dispersed by the currents until the seasonal desiccation to enter in contact with the mud and then germinate. There is no doubt that this means of dispersion of the seeds is very efficient for the aquatic environments but not for others, therefore remains prevented from diversifying because it cannot colonize new habitats.

From an economic point of view, H. triflora has a modest employment as an ornamental plant.

→ To appreciate the biodiversity within the BALSAMINACEAE family please click here.