The species is native to Belize, Costa Rica, El Salvador, Guatemala, Honduras, Mexico (Baja California Sur, Campeche, Chiapas, Colima, Durango, Guanajuato, Guerrero, Hidalgo, Jalisco, Mexico, Michoacán, Morelos, Nayarit, Oaxaca, Puebla, Querétaro, Quintana Roo, San Luis Potosí, Sinaloa, Tabasco, Tamaulipas, Veracruz and Yucatan) and Nicaragua where it grows in the forests either deciduous or evergreen and in the humid as well as arid thickets, from the sea level up to about 2000 m of altitude.

The genus is honoured to the Scottish botanist James Justice (1698-1763); the name of the species is the combination of Latin substantive “spica, ae” = spike and of the verb “gero” = to carry, with reference to the inflorescences. 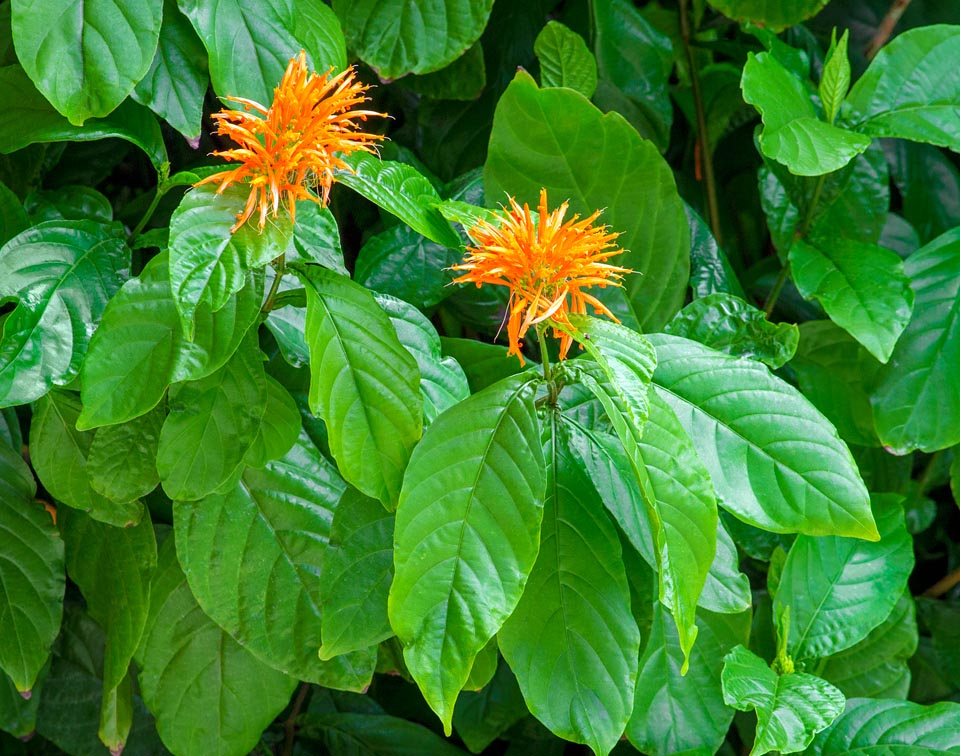 The Justicia spicigera Schltdl. (1832) is a very ramified evergreen shrub, usually 1-1,5 m tall, with cylindrical to almost tetragonal stems, more or less erect, glabrous or slightly pubescent. The leaves, on a 0,5-1 cm long petiole, are simple, opposite, lanceolate to ovate-oblong leaves with acute apex, 4-16 cm long and 3-6 cm broad, of bright green colour and covered by a thin hair.

Inflorescences, on a 2-4 cm long peduncle, terminal and at the axil of the upper leaves, opposite, 3-7 cm long, basically spike, but usually 2-4 times ramified, unilateral. Flowers, subtended by tiny bracts, with green calyx, about 3 mm long, with 5 ovate-lanceolate lobes with acuminate apex.

Bilabiate pale red to orange red tubulose corolla, 3-4,5 cm long, erect, upper labium with obtuse apex, 1,2-1,4 cm long and about 0,7 cm broad at the base, inferior labium, of the same length as the upper one and about 0,4 cm broad, curved with trilobate apex having rounded lobes, about 2 mm long, 2 stamens slightly shorter than the corolla and longer filiform style; the flowers are pollinated by the hummingbirds. 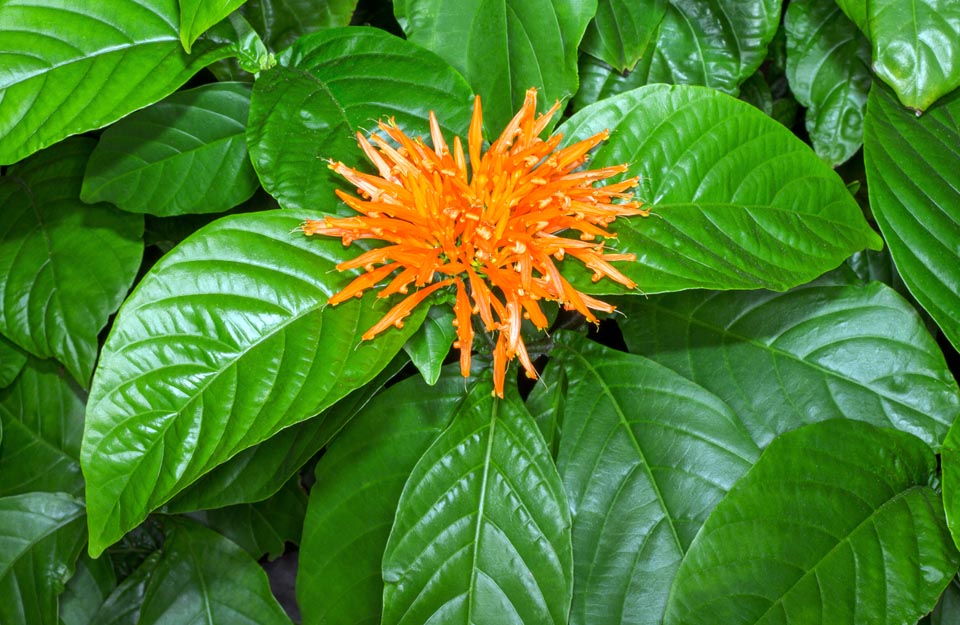 The showy inflorescences, terminal or at the axil of the opposite upper leaves, are pollinated by the hummingbirds © Giuseppe Mazza

The fruit is an oblong capsule with acute apex, 1,5-2 cm long, initially of green colour, then black when ripe.

It reproduces by seed, in draining organic loam, maintained humid, but without stagnations, at the temperature of 24-26 °C, but usually and easily by cutting and offshoot. Species of rapid growth, easy cultivation and abundant blooming that prolongs for various months, from spring to autumn, of great effect as isolated specimen, soil cover and for borders, even if mixed.

Cultivable in the tropical, subtropical and mildest warm temperate climate regions, where it can stand temperatures around the -3 °C, few degrees less with loss of the aerial part, but growing again in spring from the base, if well mulched. It requires full sun or partial shade and is not particular about the soil, provided well draining, maintained moderately humid, well rooted it can bear short dry periods. By the end of the winter it is advisable to do a slight pruning, for a more compact posture, and to fertilize with a balanced product with microelements. 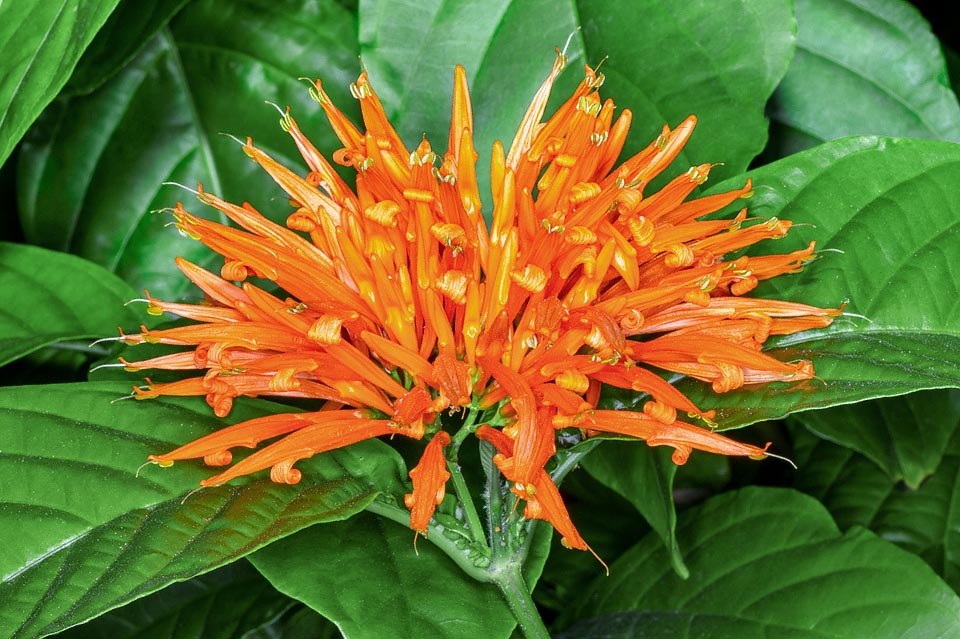 The leaves macerated in water are utilized by the local populations as whitening for linen, to which confers a bluish tinge, and as dye for handicrafts.

Branches and leaves, under form of decoction, are utilized in the traditional medicine, Mexican in particular, mainly as purifier, stimulant and in the treatment of the diabetes, diarrhoea, of the dysentery and various types of cancer; laboratory studies have ascertained the presence in the extracts of various parts of the plant, of compounds with antibacterial, antifungal and antioxidant activity.