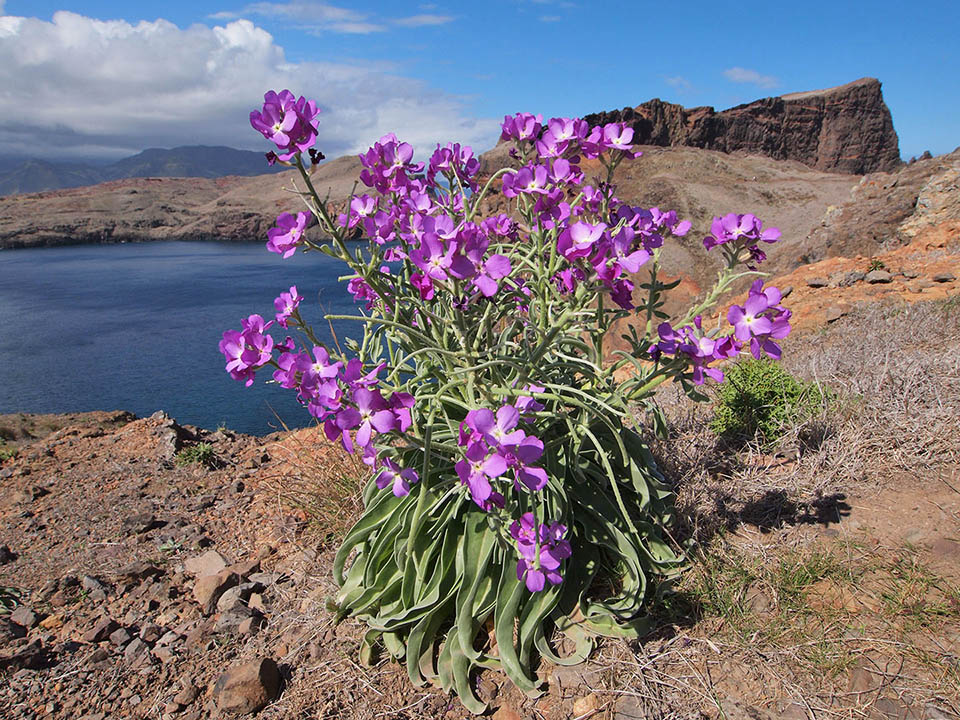 The species, known as Madeira wallflower, has been described by the English naturalist and priest Richard Thomas Lowe (1802-1874) who has thoroughly studied the flora and fauna of the archipelago.

The genus Matthiola is dedicated to Pietro Andrea Mattioli (1500-1577), from Siena, Italy, physician and botanist, author of the first botanical works of the modern Age. The specific epithet refers to the place where it has been found. 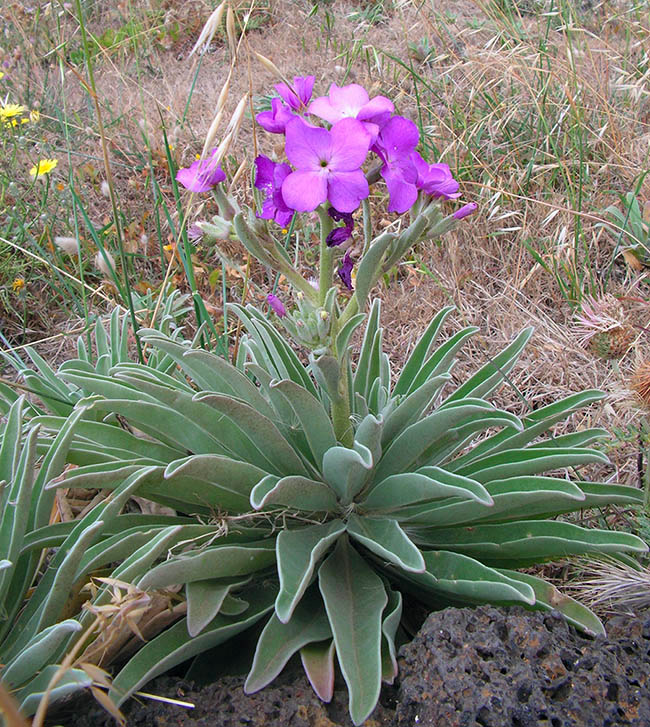 Biennial or perennial shrub of Brassicaceae family, it grows close to the sea up to 200 m of altitude © Martin Pavlista

It is a shrubby biennial or perennial plant of the family Brassicaceae, tribe Anchonieae, up to 100 (150) cm tall, covered by glandular hairs that grant it a white-greyish colour.

It loves dry or slightly humid environments close to the sea. As a matter of fact, it is found on the high cliffs, on rocky soils and in the spaces between the rocks at greater altitudes but under 200 metres.

It has an erect stem, simple or with scattered branches, at times lignified at the base.

The leaves are entire, rarely toothed, elliptic, oblong-lanceolate, attenuated at the base, supported by a short petiole. The basal leaves are 5-25 cm long, of silvery green colour, the cauline ones are smaller and decrease in size at the top.

The flowers, arranged in terminal raceme, are tetramerous and are very fragrant, with erect sepals and obovate, 1-8-2,8 cm long, of lilac, purple or rarely white colour, paler to the base, with green claw.

Blooming occurs from February to September.

This species is not protected by the Portuguese legislation and not even by the Community legislation but the Desertas Islands are protected by local Legislative Decrees. In fact, the regional Legislative Decree no. 14/90/M dated May 23, 1990 has declared them “Zone of Special Protection” and, in 1995, “Natural Reserve” (D.L.R. n. 9/95/M dated May 20th).

In 1992 these Islands were classified as Biogenetic Reserve by the Committee Ministers of the Council of Europe in recognition of the importance of the present flora and fauna. Later on, they became “Important Bird Area” (IBA) and “Zona de Protecção Especial” (ZPE). From December 2001 this Natural Reserve belongs to the Natura 2000 European network. In 2014, was given to the Desertas Islands the European Diploma for the European Council Protected Areas. It is a recognition that affirms the importance of these sites hosting such a high number of endemic species of flora and fauna and presenting unique and valuable landscape features. 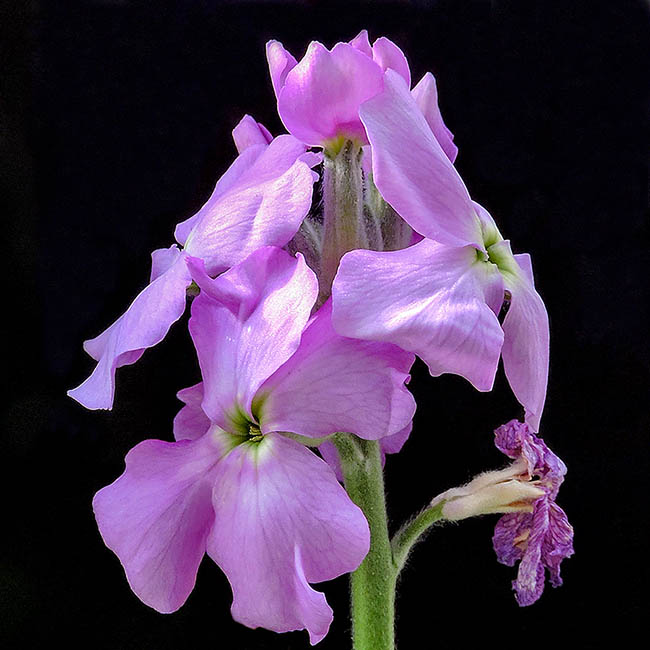 Protected in wild, it is found sometimes on sale in commercial circuits. Easy to cultivate where lowest temperatures do not go under 10 °C. Unluckily poisonous. Hence it is necessary to pay attention if there are pet animals or kids © Petr Beránek

Analogously to other species of the genus, M. maderensis is a very ornamental plant but its collection is forbidden in its natural growing areas.

In the commercial circuits the seeds are on sale and grow easily in any type of soil, even if stony.

Sowing is done in open air (on the ground or in pots) from May to September, or, on a warm bed, in sheltered locations in February and March.

After sowing, the young plants are to be kept in a sunny environment and in winter at a temperature not under thr 10 °C. For such reason, in the locations with rigid winters these plants can be cultivated in pots as annual plants and in sheltered places where the external temperatures do not exceed the tolerance limit.

In open air they do not need particular care and also the rain is usually sufficient because they can overcome long periods of drought, however, if the precipitations do not take place, it is necessary to intervene by irrigating them. The young plants need water constantly, but it is good practice to allow the ground to dry up between the waterings in order to avoid water stagnation.

Fertilizations can be done in spring with slow-release granular manure, specific for flowering plants. A light pruning is useful for favouring the blooming and is to be done by eliminating the old stems bearing withered flowers.

M. maderensis is fairly resistant to parasites attack but should there be aphids’ attacks that destroy the inflorescences, one can intervene with specific products or utilizing natural preparations such as Mardeille soap diluted in water and vaporized on the affected plant.

When grown indoors, attention is to be paid to the kids and to the pet animals because the whole plant is poisonous.