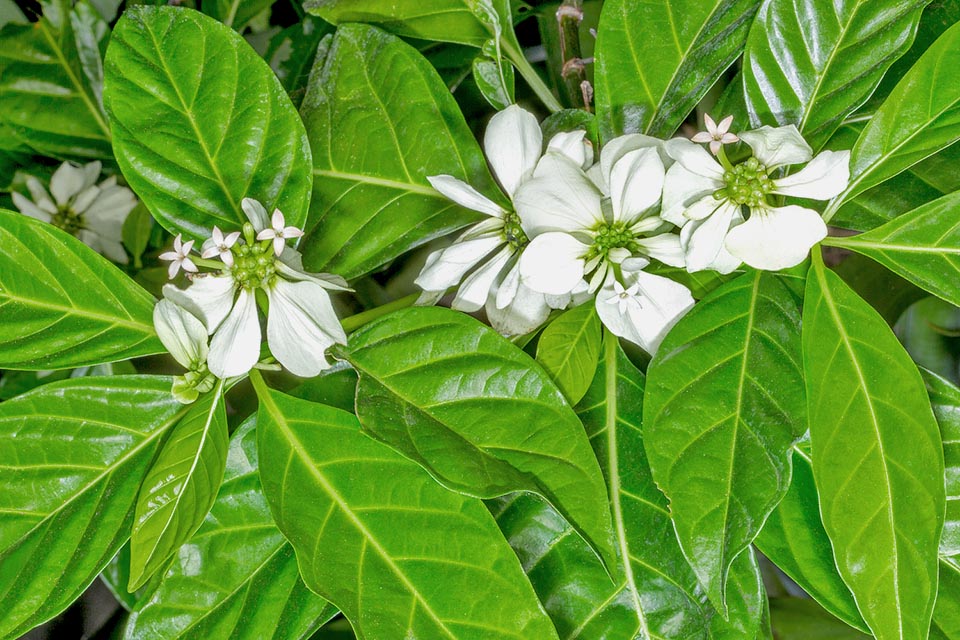 The species is endemic to the Palau (Western Micronesia), where it grows in the forests on rocky-calcareous slopes, islands characterized by equatorial climate with rainfalls and temperatures almost constant and high during the year.

The name of the genus is the fusion of the Latin substantive “morus” = mulberry and of the adjective “indicus, a, um” = of India, due to the shape of the fruit; the specific name is the combination of the Latin adjective “latus, a, um” = wide and of the substantive “bractea” = thin sheet, bract, with reference to the flowers whose calyx presents an extended lobe similar to a bract. 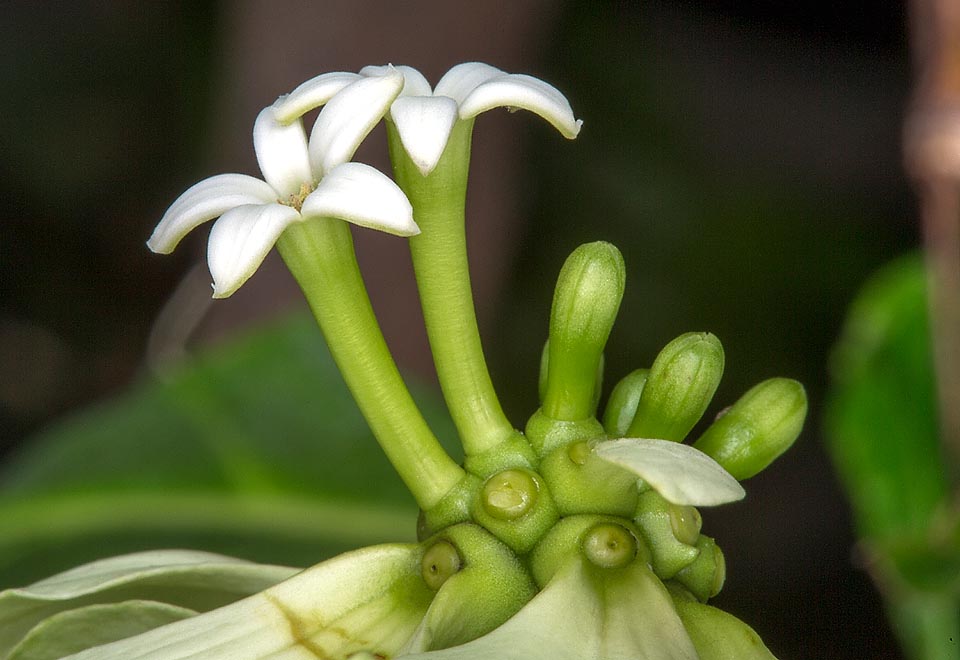 Axillar inflorescences with 5-18 flowers with white infundibuliform corollas with an about 1,2 cm long tube and 5 curved ovate-lanceolate lobes © Giuseppe Mazza

The Morinda latibractea Valeton (1930) is a shrub or a small evergreen tree, 2-5 m tall, with leaves, on a 0,8-2 cm long petiole, simple, opposite or single opposite to an inflorescence, ovate to oblong-elliptic with acuminate apex and entire margin, coriaceous, of intense glossy green colour and prominent veins below, 10-18 cm long and 4-8 cm broad.

Axillar inflorescences, on a 2-3,5 cm long peduncle, globose, compact, with 5-18 sessile flowers with hypanthia (cup-shaped involucre that surrounds the ovary) partially fused and calyces with one lobe remarkably expanding, oblanceolate to spatulate with acute apex, bifurcated or irregularly lobed and cuneate base, of white colour, 1,5-3,5 cm long and 0,6-2 cm broad. White infundibuliform corolla with about 1,2 cm long tube and 5 ovate, lanceolate lobes, about 0,5 cm long, curved. The fruit is a syncarp (whole of more fruits concrescent and merged) fleshy, ovoid to sub-globose, of 1-1,5 cm of diameter, containing numerous seeds. 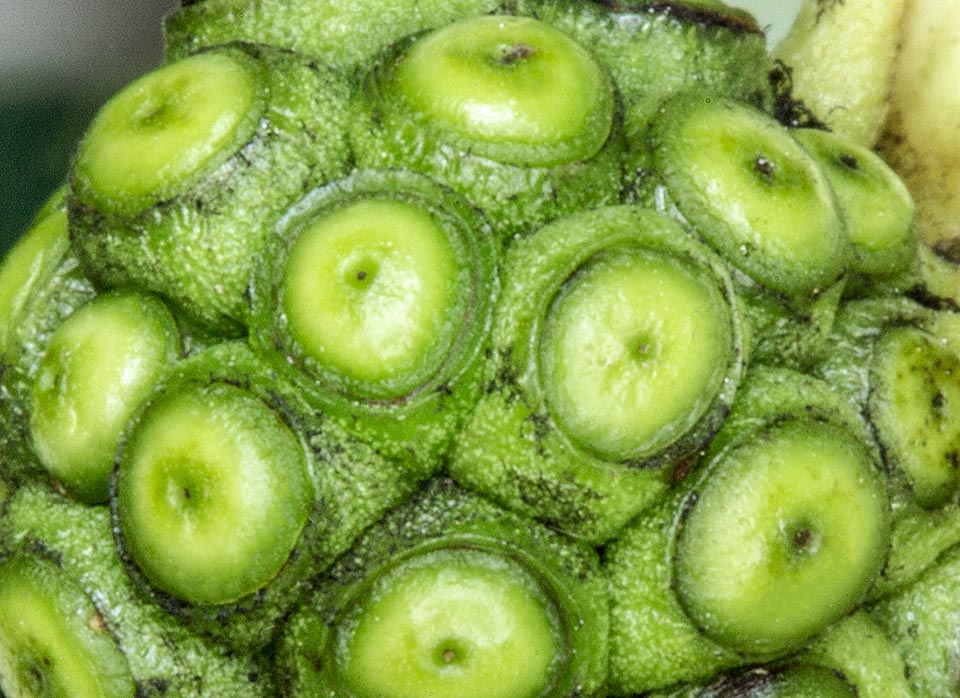 The fruit is a fleshy syncarp, that is formed by fruits merged while growing. Little known species in cultivation © Giuseppe Mazza

Unlike the Morinda citrifolia, diffused in all tropical and tropical countries and cultivated since remote times due to the medicinal virtues ascribed, the Morinda latibractea is almost unknown in cultivation, present almost exclusively in botanic gardens and specialized collections, despite the undoubted ornamental characteristics due to the luxuriant foliage and the showy lobes of the calyces.

News about its cultivation in climatic and environmental conditions different from those if the origin place are fairly scarce, it seems however to adapt to the humid tropical and subtropical climates, also with a marked dry season, provided it is regularly irrigated, to different types of soil, provided draining, and slightly shady to shady positions.

Particular uses made by the local population are unknown.