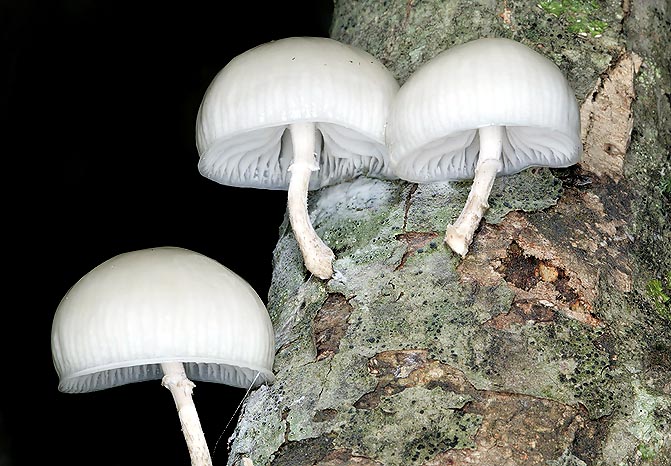 The name of the Oudemansiella mucida (Schrader) comes from the Latin “mucidus” = mucilaginous, due to its look, completely covered by mucilage.

The genus Oudemansiella is cha- racterized by species that are gluti- nous and viscous, with more or less slender stem with membranous ring.

The carpophores are mostly rigid with the stem which may be deeply driven into the ground, rooting, or woody with just widened base or with thick mycelial rhizomorphs. 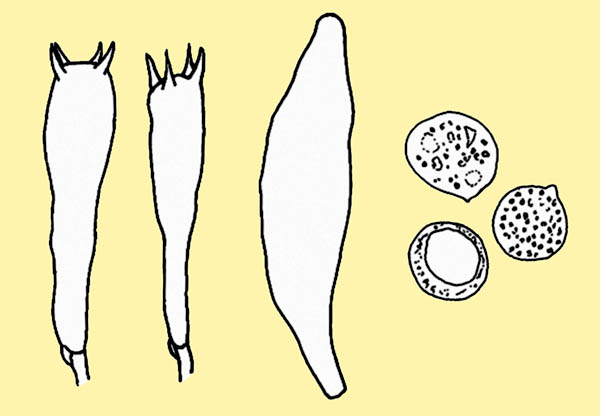 Habitat: it grows on beech trees with little vigour or on fallen branches, always of beech, caespitose or single.

Edibility: has no value.

Remarks : it is an easy species to determine on the field. It does not very often happen to encounter a mushroom which, practically, doesn’t have any similar species: a flagship species. The place of growth, always on plants or dead branches of beech, its silhouette, the white colour, the centre of the cap slightly ochraceous, the viscosity of the cap and the consistency of the flesh, almost gelatinous, render it unmistakable.