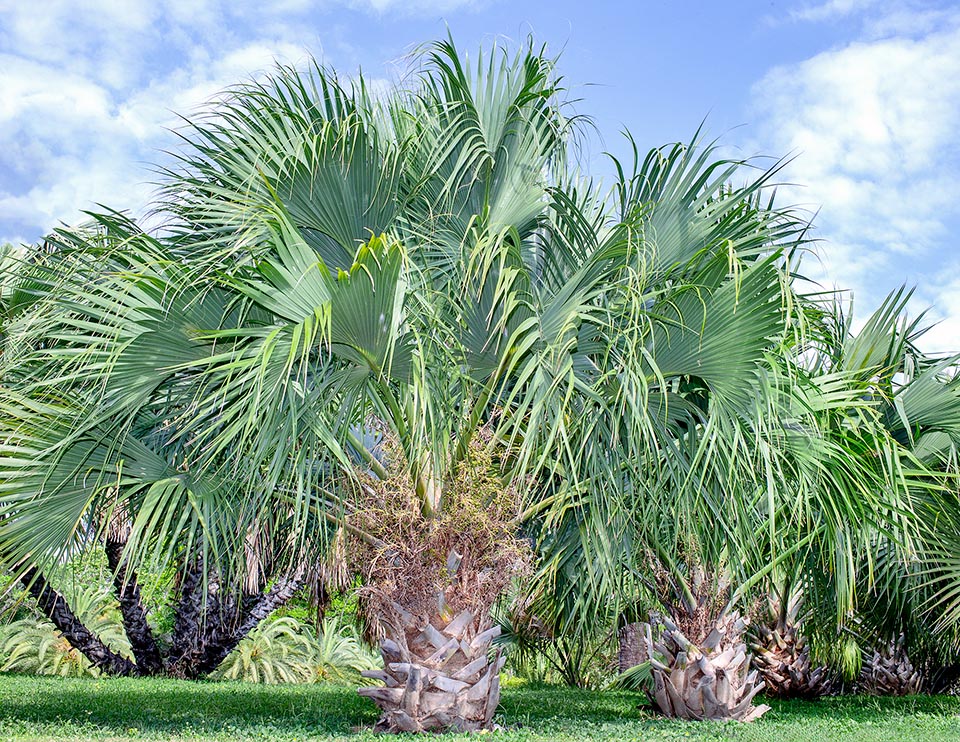 Native to Bermuda, the Sabal bermudana reaches the 7 m with the stem covered in the youngest part by the foliar bases residues that form a typical crossed interweaving © Giuseppe Mazza

The species is native to Bermuda where it lives in humid as well as in semiarid open areas.

The etymology of the genus is unknown, having not been specified by the author, the French botanist Michel Adanson (1727-1806); the Latin specific name refers to the place of origin. Common names: Bermuda palm, Bermuda palmetto, bibby-tree (English). 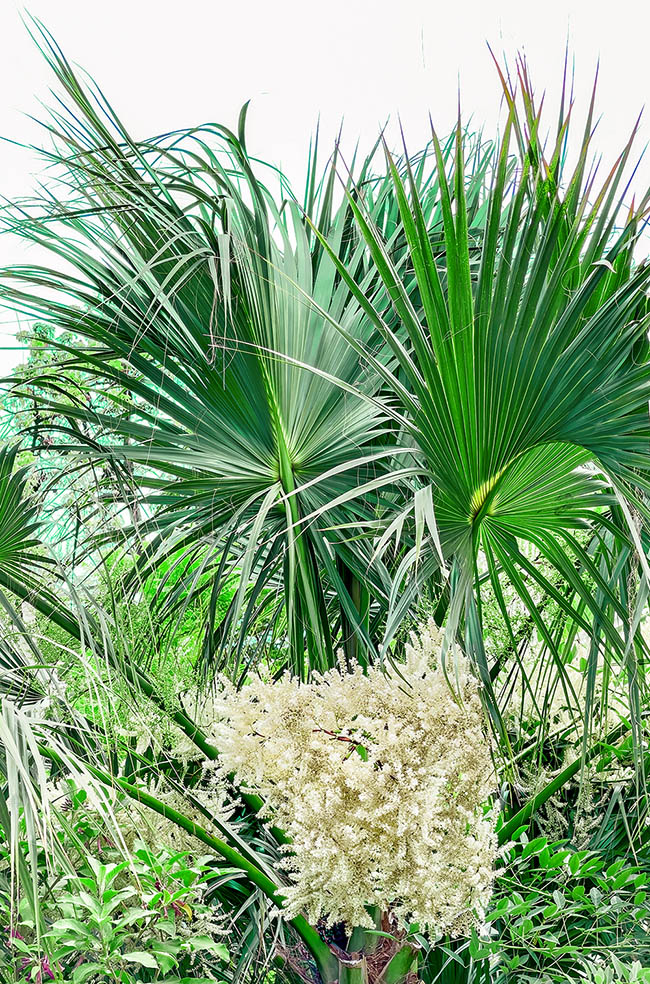 The fragrant inflorescences, arcuate between the leaves, are shorter than the petioles © Giuseppe Mazza

The Sabal bermudana L.H.Bailey (1934) is an unarmed species, monoecious, with solitary stem, 5-7 m tall and of 25-35 cm of diameter, covered in the youngest part by the residues of the foliar bases that form a typical crossed interweaving, wrinkled and with the close annular traces of the fallen leaves in the oldest part.

The leaves are strongly costapalmate, filamentous, divided in 80-90 rigid segments, 1-1,4 m long, united at the base per about half of their length, in their turn bifid at the apex, of intense green color at times with bluish hues.

Petiole 1-1,8 m long and triangular hastula (appendage located in the insertion point of the foliar lamina with the petiole) with acuminate apex 10-18 cm long.

It reproduces by seed, previously kept in water for three days, in draining loam maintained humid at the temperature of 26-28 °C, with germination times of 1-3 months.

Amongst the most ornamental of the genus, thanks to the huge leaves highly arcuate, but of extremely slow growth, it has proved adaptable to an ample variety of climates, from the tropical to the temperate, where when adult may resist temperatures up to about -9 °C, and of soils, slightly acidic to slightly alkaline, sandy and draining to clayey and compact.

Preferably requires full sun, but adapts also to a partial shade, resists saltiness and short periods of dryness, even if gets advantage, during the first years of planting, from regular watering in the climates characterized by long warm and dry summers.

Yore, the leaves have been utilized as cover of the dwellings and for fabricating mats, ropes, hats and other handicrafts of common use; an alcoholic drink, the “bibby”, was gotten by making ferment the sugary sap collected by doing a cut under the vegetative apex. The fruits, with their sweet pulp, are edible and represent an important food source for the local fauna. 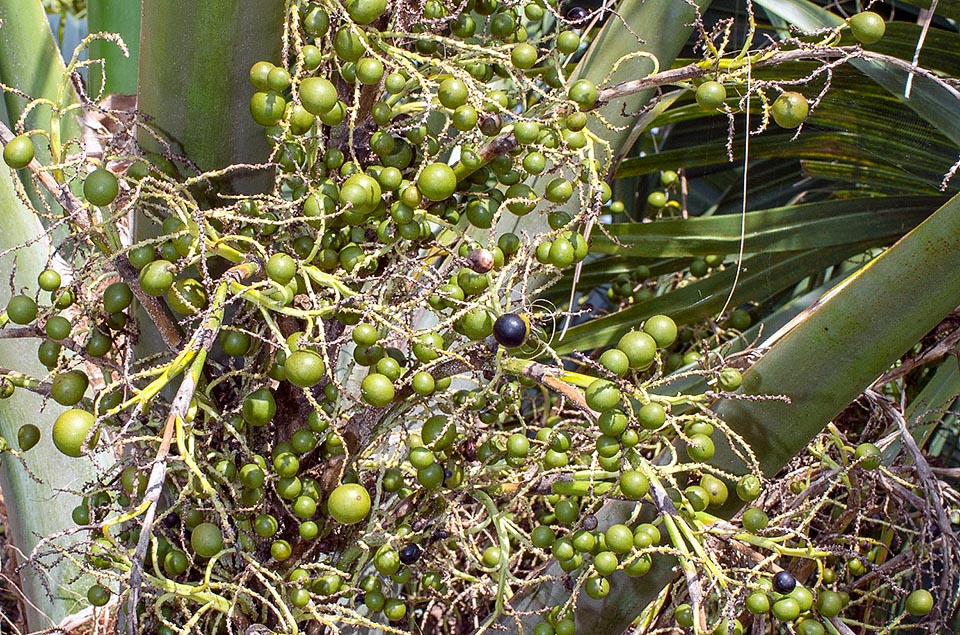 The pyriform fruits, 1,4-1,8 cm broad and blackish when ripe, are edible. From the sugary lymph the locals get the “bibby”, an alcoholic drink © Giuseppe Mazza

Because of the progressive reduction of its habitat, the excessive fragmentation and the limited number of individuals, the species has been included in the red list of the IUCN (International Union for the Conservation of Nature) as “Endangered” (at high risk of extinction in nature).