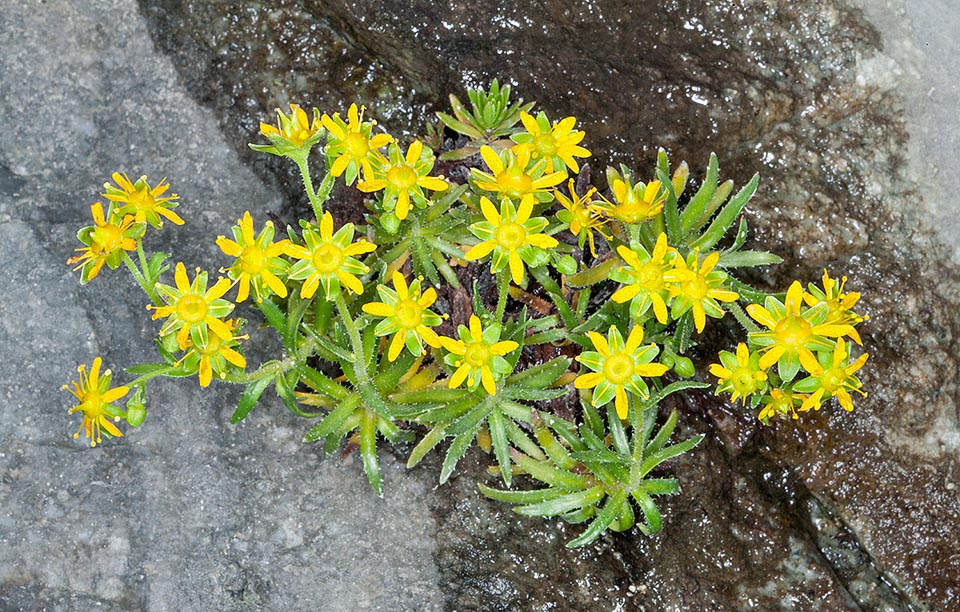 Saxifraga aizoides is a perennial herbaceous species with arctic alpine diffusion. In Europe grows to more than 3000 m of altitude © Giuseppe Mazza

The Saxifraga aizoides L. (1753) has an alpine arctic distribution and is found up to more thab 3000 m on the European mountains (Pyrenees, Alps, Apennines, Apuan Alps, Tatra Mountains, ….) and in the arctic zones of North America.

The name of the genus comes from the Latin “saxum” that means stone and “frangere” meaning to break. The term refers to the actitude of the yellow saxifrage to grow up wedged between the rocks. After some sources it may also refer to the use of it yore done for crushing the kidney stones. 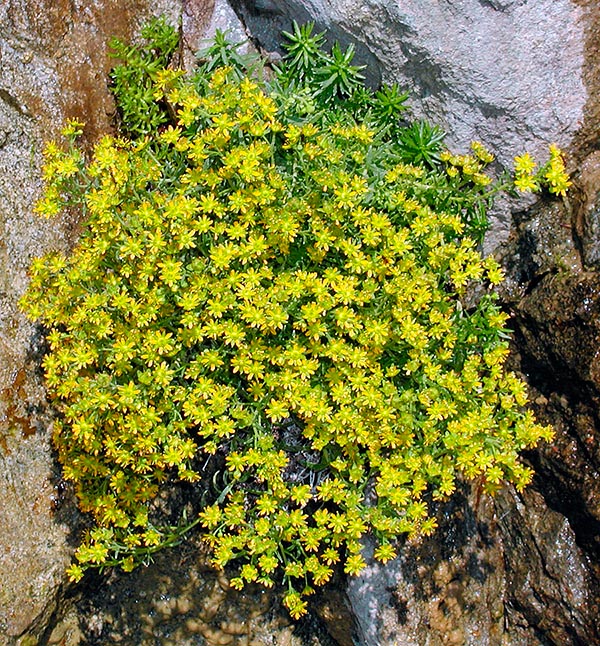 The specific epithet aizoides comes from the Greek “aizoon”, a term attributed to a botanical genus which in turn comes from “aei” = always”, “zóo” = I live and “eídos” = appearance, aspect. Therefore, it means that this is a perennial plant which looks like the genus Aizoon.

In nature it has some varieties, characterized by slight morphological differences and by the colour of the petals, going from brigh or orange yellow, often dotted red, up to dark red, like in some poopulations growing on the slopes of the Apuan Alps.

It is a perennial herbaceous plant forming lax small cushions.

It has creeping leafy stems, slightly woody at the base, 5 to 15 cm long, and ascending floriferous stems 15 to 25 cm long.

The leaves, 1 to 2,5 cm long, have acute apex and are fleshy, sessile, oblong, at times slightly toothed, ciliate on the edges.

The floriferous stalks ramify in a branchy panicle inflorescence bearing 1 to about ten star-shaped flowers, with a diametre from 9 to 14 mm. The 5 petals, 3 to 6 mm long, are lanceolate, with obtuse apex, separated from one another, or dimensions equal or slightly lesser than those of the sepals. These are in number of 5, have triangular shape and obtuse apex. The anthers of the stamina and the ovary are of yellow lemon to dark red colour.

The fruits is an ovoidal capsule and contains numerous spindly seeds. It blooms from June to September. The Apuan Alps populations may prolong the blooming till October. 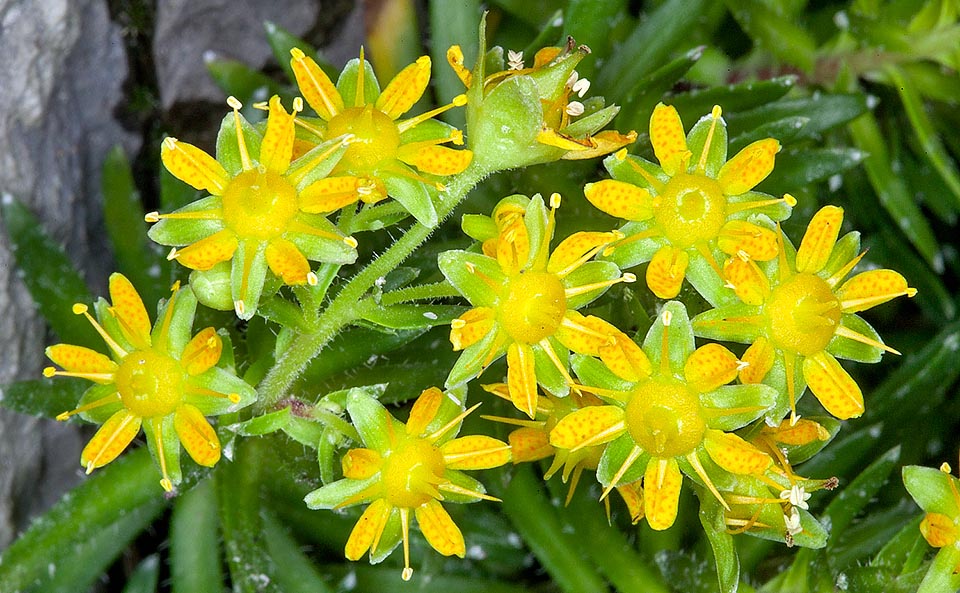 It survives to the winter thanks to the buds located at the ground level (hemicryptophyte). It has a good ecological adaptability and is present in the mountain, sub-alpine and alpine plains.

The yellow saxifrage is found in various types of habitat such as peatlands, humid meadows, snowy valleys, sources, dripping cliffs, humid screes, riverbeds and banks of streams. On the Apuan Alps it grows also on rocks and sunny screes. It is not particular about the mineralogical composition and to the pH of the soil, although preferring soils with basic pH, such as limestones and calcschists. 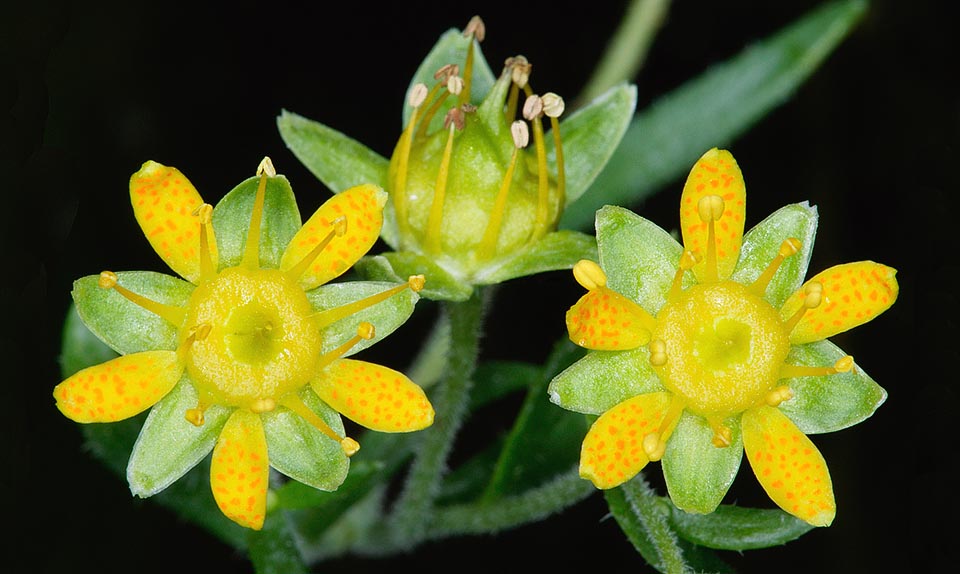 It adapts to various soils, though prefers those with basic pH like limestones and calcschists, and overcomes winter with buds staying at ground level © Giuseppe Mazza

Like other species of saxifrages it does not fear the winter rigours and can be cultivated in the rocky gardens, in pockets maintained humid and cool.

→ To appreciate the biodiversity within the SAXIFRAGACEAE family please click here.