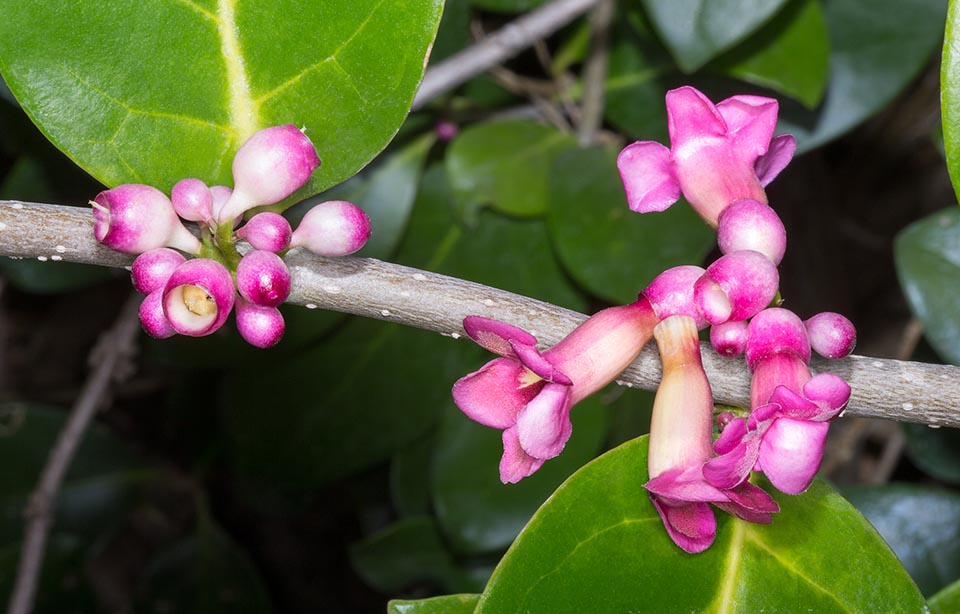 The Schlegelia parasitica is not a parasite, as the name suggests, but a Jamaica climber that may grow on the trees as epiphyte © Giuseppe Mazza

The species is native to Jamaica where it grows climbed on the trees of the dry tropical forests, at an altitude between the 300 and the 1100 m, on calcareous soils.

The genus is dedicated to the German zoologist Hermann Schlegel, director of the Leiden Natural History Museum; the specific name is the Latin adjective “parasiticus, a, um” = parasitic, actually, it is not a parasite plant, but it can grow as epiphyte on the trees. 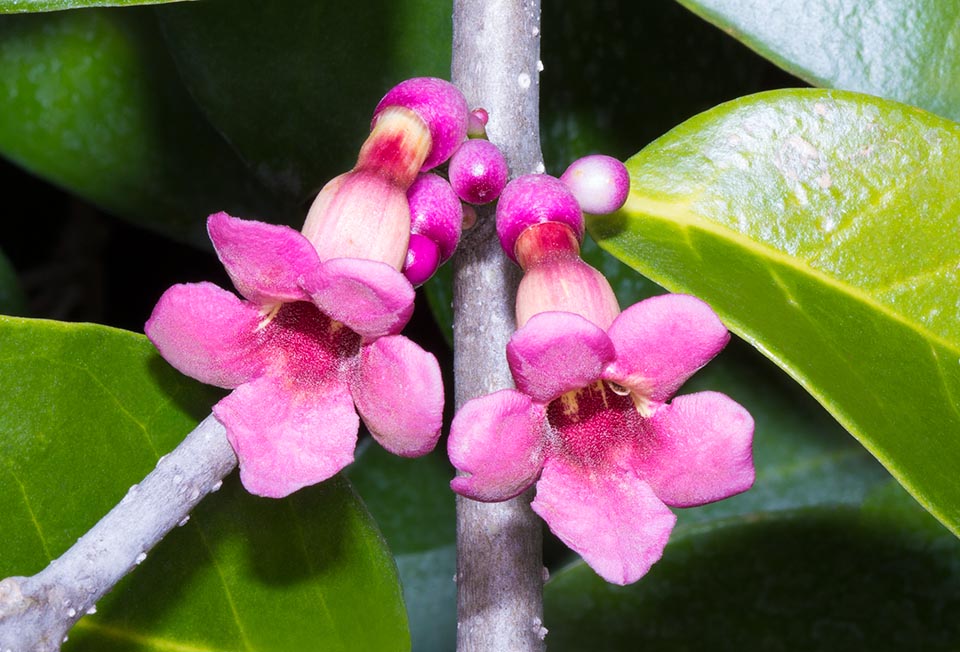 The Schlegelia parasitica (Sw.) Miers ex Griseb. (1864) is a terrestrial or epiphyte evergreen woody climber with greyish stems, up to more than 10 m long, ramified, rooting at the nodes.

The leaves, on a 0,5-0,8 cm long petiole, are opposite, simple, oblong-elliptic with obtuse apex and entire margin, 10-18 cm long and 4-7 cm broad, coriaceous, of intense green colour. 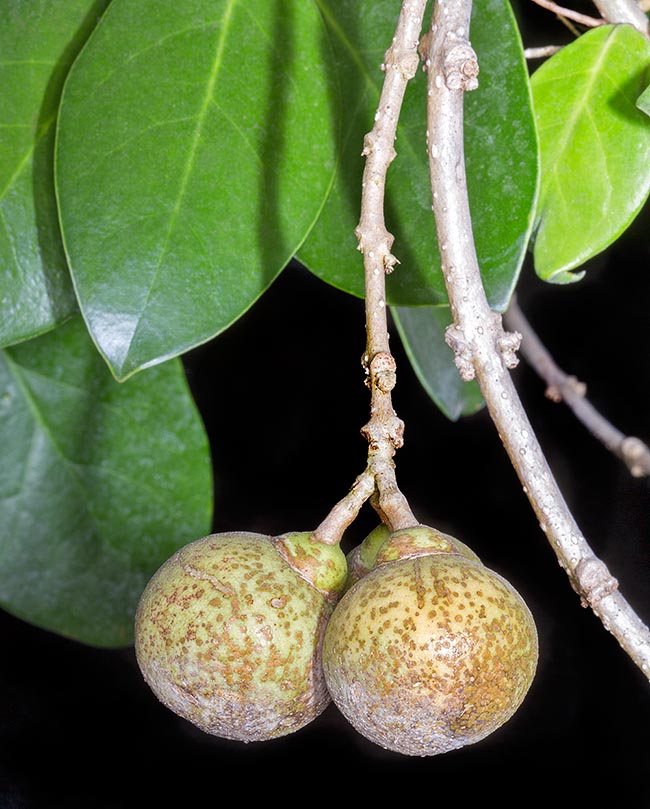 The fruits are berries of about 3,5 cm, precious food resource for the avifauna, as its flowers for bees and butterflies © Giuseppe Mazza

Fasciculate inflorescences axillar or directly from the stem with 4-12 hermaphrodyte flowers, on a 0,3-1 cm long pedicel, fleshy, of crimson colour with white shades.

The fruit is a globose berry with persistent calyx, of about 3,5 cm of diameter, fleshy, containing numerous oblong seeds, 2-3 mm long and of about 1 mm of diameter, immersed into the pulp.

The flowers are in important source of pollen for the bees and of nectar for numerous species of butterflies, their fruits are a food resource for the avifauna that contribute to the dispersion of the seeds.

It reproduces by seed, placed superficially in draining and aerated loam, maintained humid, but without stagnations, at the temperature of 24-28 °C, and by cutting; the plant begins to bloom when it has reached a discrete size.

Species almost unknown in cultivation, despite its undoubted ornamental characteristics, present almost exclusively in botanical gardens, in open air in the tropical and subtropical climate zones, made to climb the trees, in warmed greenhouse elsewhere.

The genus in the past has been inserted by some authors in the family of the Bignoniaceae, by others in that of the Scrophulariaceae, later, based on phylogenetic studies, it has been transferred in a self-standing family that has taken its name: Schlegeliaceae (A.H.Gentry) Reveal, 1996.

→ To appreciate the biodiversity within the SCHLEGELIACEAE family please click here.