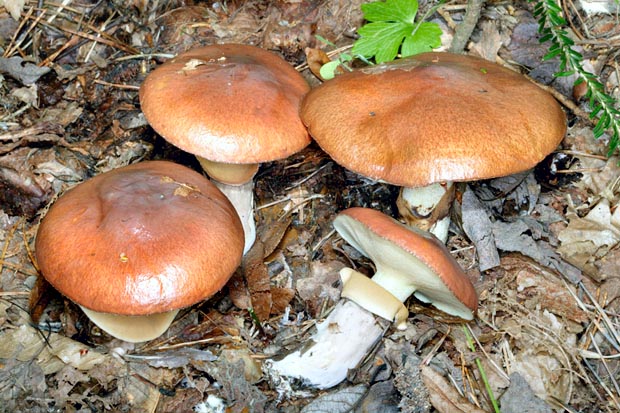 To the genus belong medium or medium-big sized fungi, with the pileic cuticle completely removable, or in flaps, from the underlying flesh, from viscid to slimy with wet weather, otherwise smooth or scaly or floccose.

The hymenophore is formed by adnate tubules, decurrent adnate or definitely decurrent. The stem is cylindroid, with or without ring (residual of the partial veil), with or without granulations decorating its surface. The spores in mass are ochraceous brown, from ellipsoidal to fusiform; cystidia and caulocystidia are claviform, fasciculate, at times with resinous encrustations. Its habitat is under conifers (Pinus nigra, Pinus sylvestris, Pinus pinaster, etc.).

To the Section Suillus are ascribed fungi having stem with or without ring (remnants of the partial veil), with granulations, with small pores. 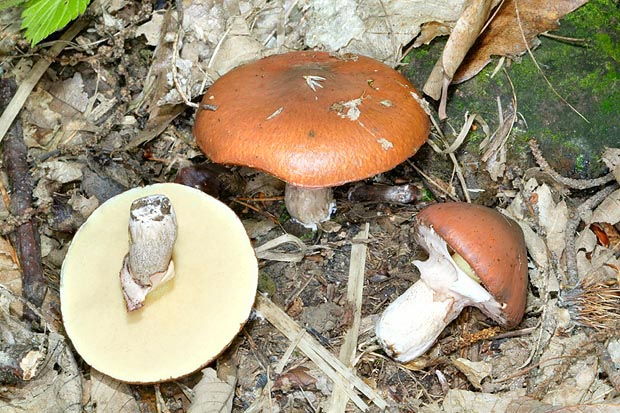 Stem: 4-8 x 1,5-3 cm, stocky then slender, cylindrical, enlarged towards the base, full, of yellow colour, decorated by yellow granulations becoming later brown, in the part over the ring, under it has some longitudinal fibrils darkening with the time and becoming concolorous to the cap. The ring is membranous, large, whitish, then violaceous-grey, quite often found adherent to the stem.

Flesh: initially firm, then soft, watery, fibrous in the stem, whitish, yellow under the cuticle and in the zones near the hymenium. Fruity smell, sweet taste.

Habitat: it grows by late summer and in autumn in the pinewoods, especially under two needled pines. 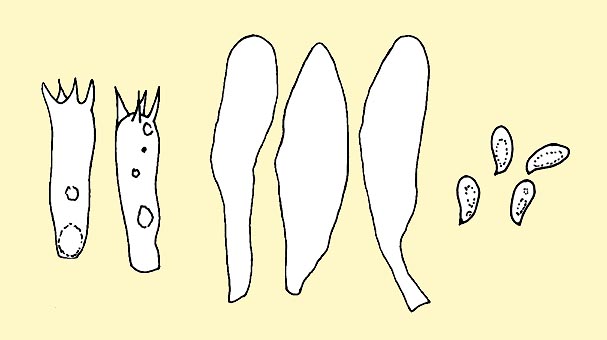 Remarks. It is a fungus growing under conifers, quite common and with a vast distribution.

It is easily recognizable fungus thanks to the much variable colour of the cap, from brown to brown-yellow, to brown-red, to ochre-brown, to chocolate-brown, with violaceous hues when ripe, and to the presence of the ample ring, whitish at the beginning, then violaceous, almost blackish, or remnants of the same, on the stem.

When, with dry weather of because of the age, the cuticle dehydrates, it might be mistaken with the Suillus collunitus (Fr.) Kuntze, which, however, has the base of the stem pink and has no ring.

Some forms and varieties do exist: the variety albus Wasser & Soldatova, which is totally white; the form decolorans Lannoy et Estadès, which, however, has the cap of pale fawn brown colour turning gradually to the pale cream yellow, almost yellowish.