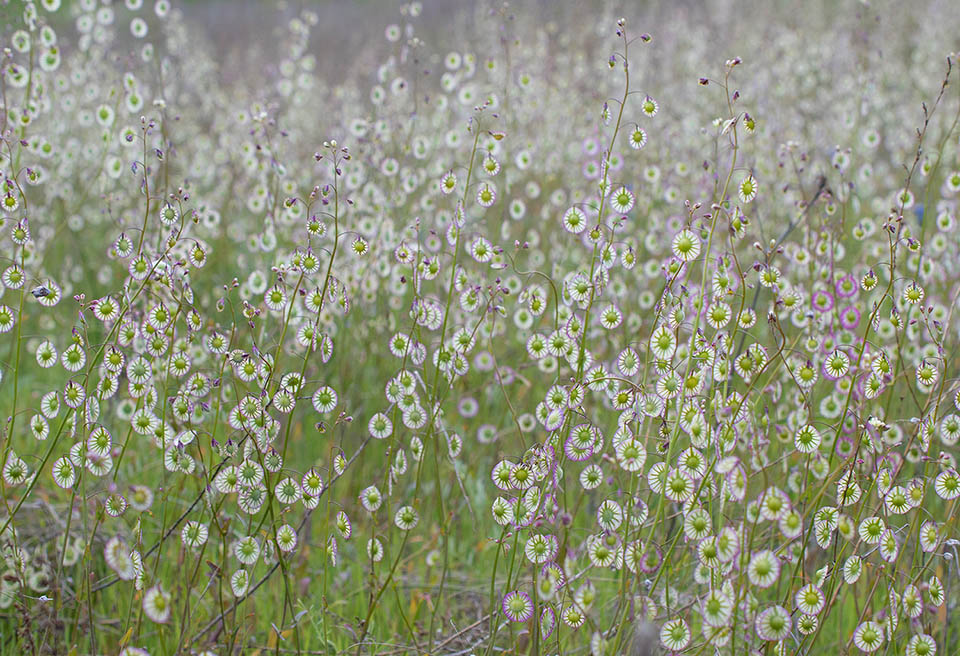 Thysanocarpus radians is an annual grass, with 50-60 cm thin stems, native to northern and central California and to Oregon © Jeb Bjerke

Thysanocarpus radians Benth. is an annual species of the tribe Thelypodieae, family Brassicaceae, native to northern and central California and of Oregon, where is found from 20 to 700 m of altitude, in the moist meadows, in the fields, among the evergreen shrubs of the Chaparral.

The name of the genus comes from the Greek word thysanos, fringe, and karpos, fruit, with reference to the fringed fruits. The specific term comes from the Latin radians, to send rays, to radiate, because of the presence of elements arranged in a radial way in the fruit. 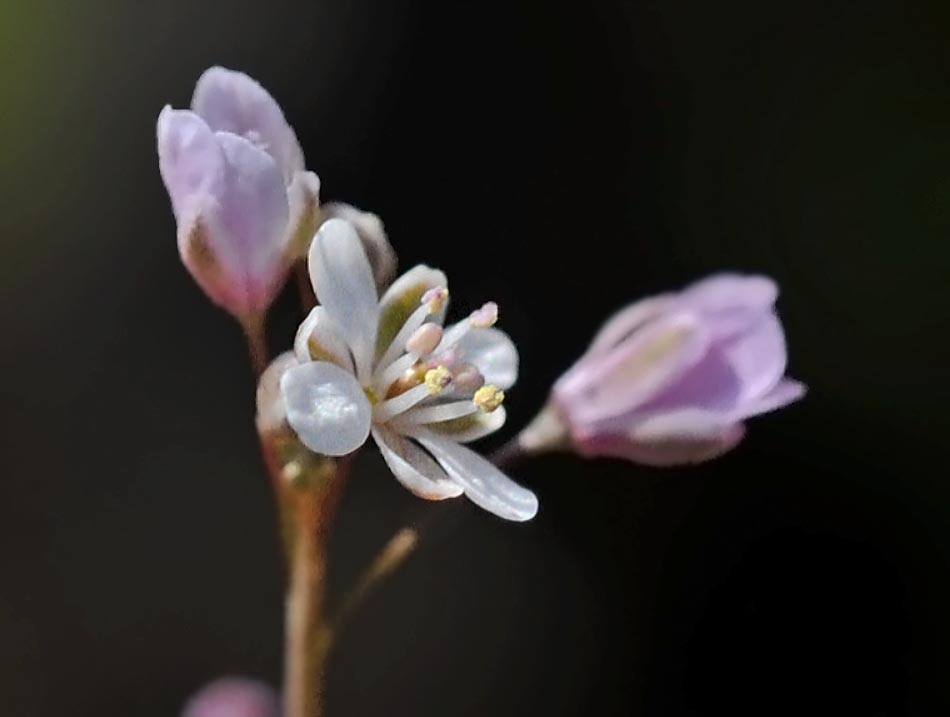 The flowers are small, with four petals, usually white, forming in the months of March, April, and, sometimes, in May © Douglas Wirtz

Thysanocarpus radians is an annual grass, with thin, 50-60 cm tall, stems. The basal leaves, ephemeral, have an oblanceolate, 1,5-5 cm, lamina, usually glabrous, rarely with whitish 0,3-0,4 mm hairs and more or less toothed margins. The culinary leaves present the lanceolate lamina wider at the base with small auricles that advance the stem and some surround it (amplexicaul). The inflorescences are long open racemes with 9-18 mm internodes in the fruit.

The flowers are small, with four petals, usually white, forming during the months of March, April, and, at times, in May. The stamens are tetradynamous and the filaments are rather enlarged at the base. The anthers are oval. The ovary has only one ovule. The fruit is a flat silicle, rounded, similar to a disc hanging from its pedicel. The fruitification occurs from April to June. The fruits are 7 to 10 mm broad and have glabrous or pubescent valves  with more or less 2 mm hairs. The fruits are winged. 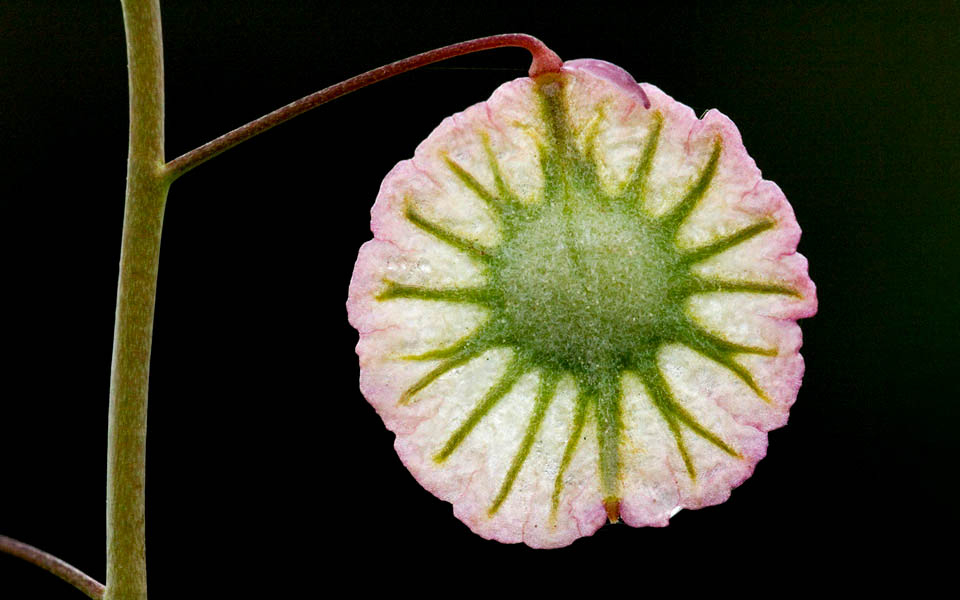 It is cultivated as ornamental due to its fruit’s beauty. The dried seeds are edible and can be ground to be mixed with the soft wheat flour © Patrick Alexander

The wing covering the edge of the disc has a wavy or entire margin and is ribbed with rays more or less 1 mm broad, similar to those of a wheel. This characteristic is typical of this species that, when in fruit, is easily distinguishable from the others of the same genus.

The seeds, one per each fruit, have a not mucilaginous tegument if wet and accumbent cotyledons. If dried, they are edible and can be ground to mix them to the soft wheat flour.

The plant is utilized as ornamental thanks to the beauty of its fruits. Usually it is cultivated in raised containers so as to be able to backlight the fruits in order get them better appreciated.