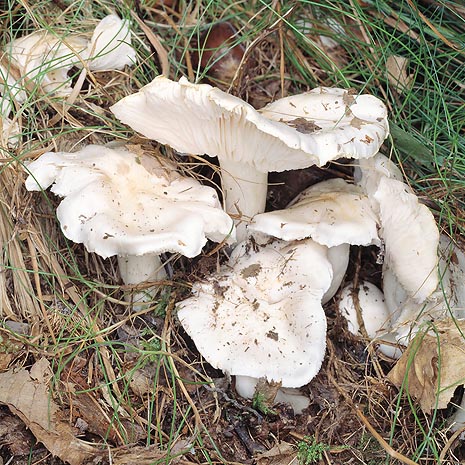 The name columbetta, small dove, comes from the Latin diminutive of “columba”, and refers to its white colour.

Cap mostly umbonated, with glabrous surface, fibrillose, pruinose, felted hairy or velvety. White or gray gills, rarely yellow, with entire edge; trimmed on the margin or trimmed with small tooth. More or less cylindroid stipe, at times with partial veil. It can be decorated with ornamentations, such as scales, squamae, fibrillae, etc.

Flesh mainly whitish, immutable, only rarely turning. The fungi belonging on this genus are homogenous, that is, with continuous flesh on the cap and the stipe, which separates with breakage of the same.

Hymenium: on an average, thick gills, adnate or trimmed on the margin and decurrent with small tooth, wide, sinuate, intercalated by variously long lamellulae, irregularly jagged edge; white, then whitish or cream. 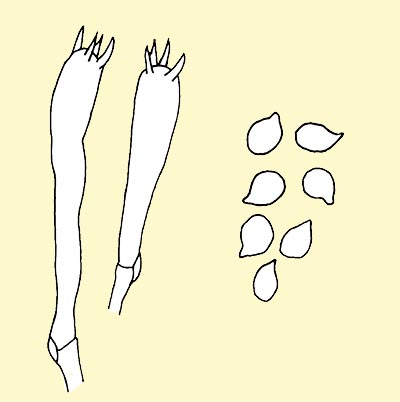 Stipe: 6-8 x 1,5-3 cm, slender, cylindrical, straight, at times curved at the base, attenuated in low, fibrous, rigid; covered by longitudinal fibrillae, white on white background, which confer a silky looks, at times spotted of blue-green at the base.

Habitat: Growing by the end of summer and in autumn mainly under broadleaf trees (beech, chestnut and oak), less frequently under conifers.

Remarks. It is a fungus easily determinable if some of its characteristics are carefully observed: the candid white of all the carpophore, the silky cap (at times with some cream dot at the centre), the base of the stipe having often some blue-green dots.