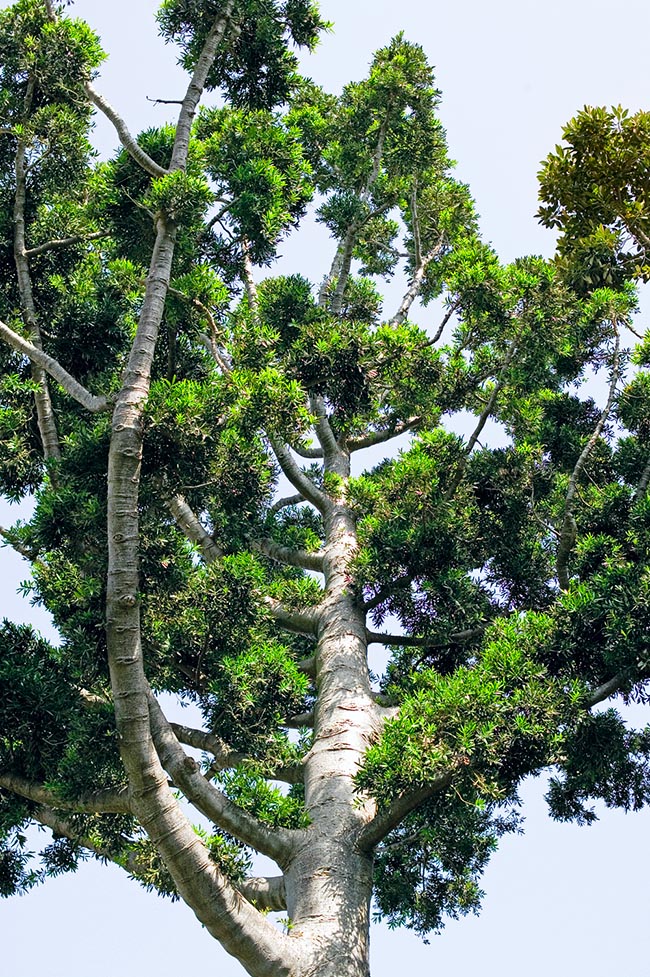 The species is native to Indonesia (Moluccas and Sulwesi) and Philippines where it grows in the wet forests between the 300 and the 2200 m of altitude.

The Agathis dammara (Lamb.) Poir. (1823) is an evergreen monoecious tree with erect trunk, cylindrical, up to about 50 m tall and of 1,8 m of diameter in the old specimens in nature, with initially smooth bark, then scaly, of reddish grey colour, exuding a whitish resin.

It propagates by seed, that must be interred in the shortest possible time, as it loses the germinability after some weeks, in sandy draining loam, acidic or neutral, maintained constantly humid at the temperature of 25-28 °C, placed in the loam with the wing exposed and facing upwards; the seed germinates quickly, in around 1-2 weeks.

The wood, cream yellow to reddish yellow colour, with fine grain, light, easy to work and finish, odourless, but little resistant to the atmospheric agents and to the xylophagous insects, is utilized for internal parts in the civil constructions and in the boats, for panelling, prized furniture, musical instruments, plywood and handicraft and artistic objects.

The tree is the main source of “dammar”, or “damar”, the pale yellow coloured resin vastly utilized in the industry pharmaceutical and in that of the varnishes and in the production of the linoleum. 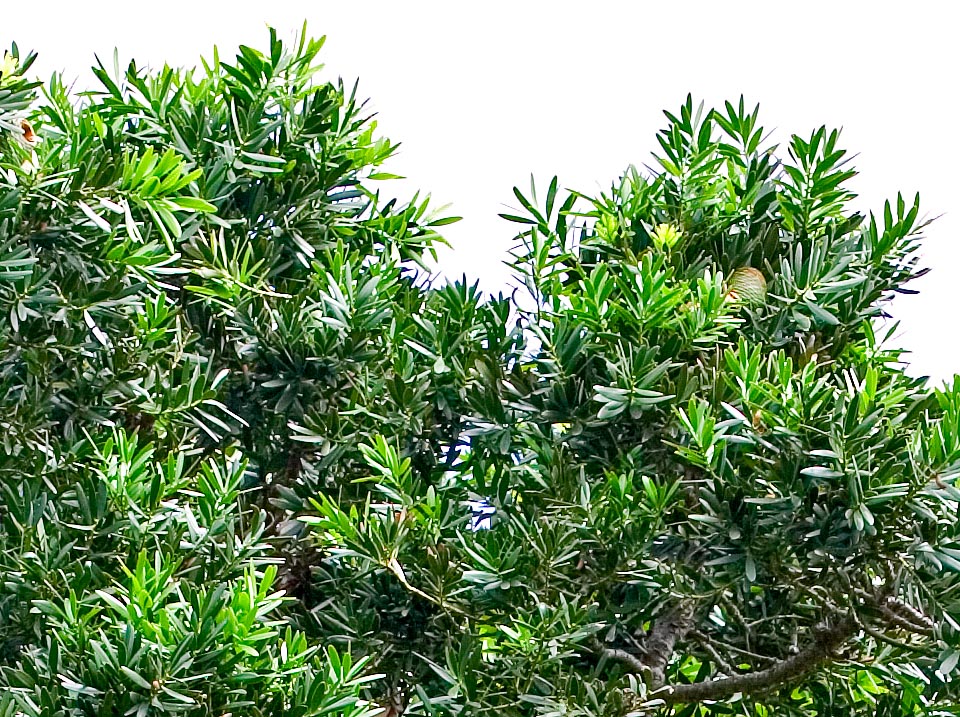 Particular of the crown with a female cone. From this species, at risk of extinction in nature, they get a pale yellow resin amply utilized in the pharmaceutical industry, for the varnishes, and the production of linoleum. It can be cultivated in full sun only in the tropical and subtropical climate having a high annual rainfall © Giuseppe Mazza

The cultivation for the wood and the resin, besides ornamental purposes, requires a tropical or subtropical climate with high annual rainfall and an exposition in full sun, apart the first years of growth, when it needs partial shade. It is not particular about the soil, provided perfectly draining as it does not bear water stagnations, preferably acidic to neutral.

Because of the excessive and not controlled exploitation in some areas its presence has reduced drastically and in others is in continuous decrease, in spite of re-population attempts, for such reason the species has been inserted in the Red List of the IUCN (International Union for Conservation of Nature) as “Vulnerable” (species at risk of extinction in nature).