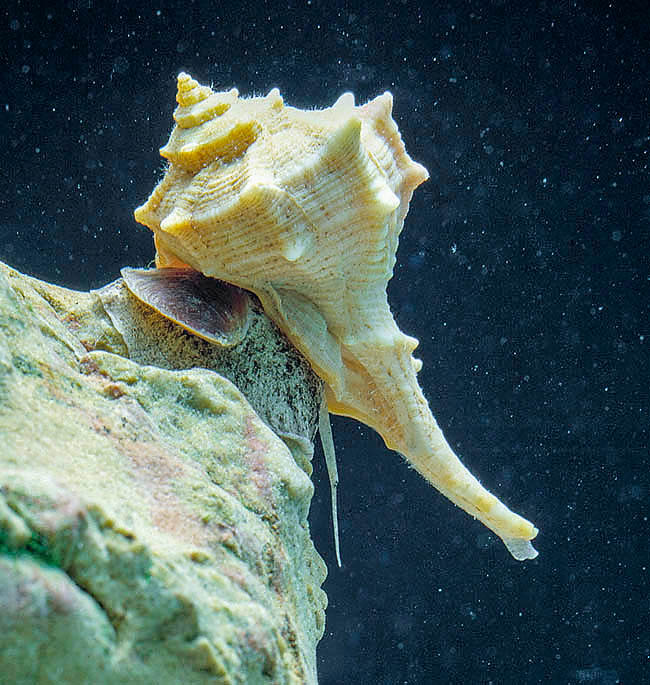 The Spiny dye-murex (Bolinus brandaris) is common in the Mediterranean and in the adjacent Atlantic up to the North Sea. Lives mainly on the sandy bottoms, at 5-50 m of depth, but is found also on the rocks of the littoral hunting gastropods and bivalves to which pierces the shell to eat them calmly without mercy. The shell, that reaches 9 cm counting also the long siphon, has spiny sculptures originated by a particular growth, alternated with rest periods. This edible mollusc, here well visible with the brownish foot dotted in black, the operculum and one of the two long olfactory tentacles, yore provided the red-purple colour. The gland containing it secretes a colourless liquid at first sight, but after maceration, boiling and exposure to light becomes yellow, then green, blue and finally red © Giuseppe Mazza