The species is native to the Philippines (Camiguin and Negros) where it lives in the humid forests at low and medium altitudes.

The name of the genus is the combination of the Greek adjective “ἕτερος” = different and of the substantive “σπάθη” = sword, with reference to the bracts (spathes) of different length that enclose the inflorescence; the species is honoured to the American botanist and collector Adolph Daniel Edward Elmer (1870-1942).

The Heterospathe elmeri Becc. (1909) is a monoecious unarmed species with solitary stem, erect, up to about 15 m tall with a diameter of 8-12 cm, of greyish colour and marked by the annular traces of the junction of the fallen leaves. The leaves, on a 0,3-0,6 m long petiole, are pinnate, elegantly arcuate, up to about 1,5 m long, with several close-up leaflets, slightly drooping, linear-lanceolate with acuminate apex and prominent central vein on both sides. The leaflets, regularly arranged along the rachis on a same level, are of intense green colour above, slightly paler below, 60-70 cm long and 2,7-3,5 cm broad in the central part. The foliar base, open on the opposite side to the petiole, is about 45 cm long. 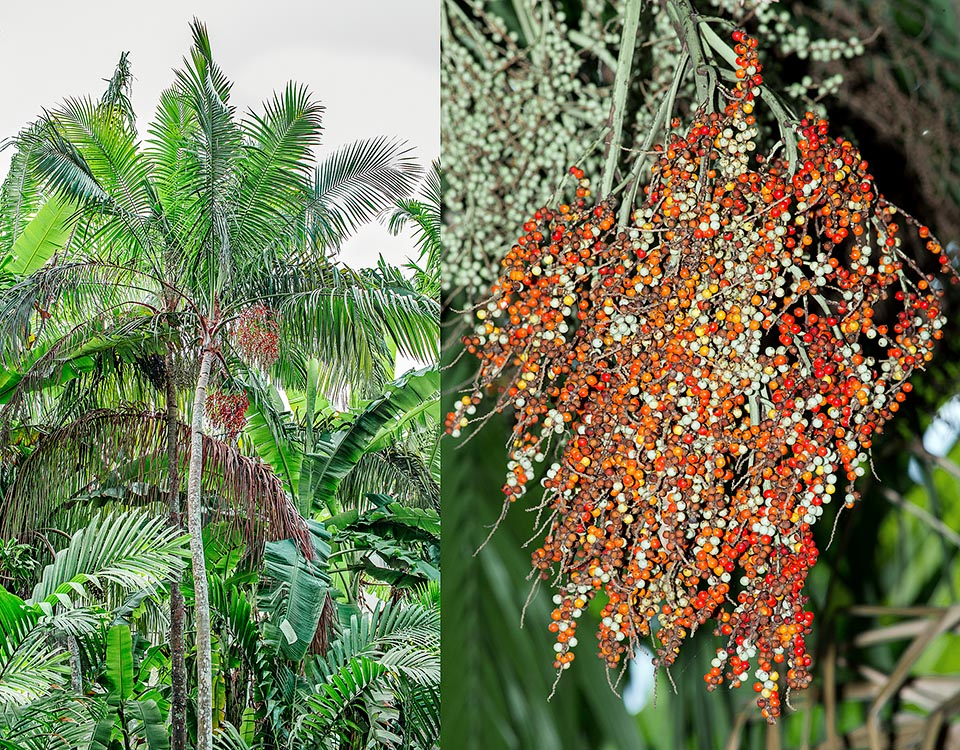 Native to Philippines, the Heterospathe elmeri is an unarmed monoecious specis with solitary, erect stem up to about 15 m tall. Palm of remarkable ornamental value but with quite slow growth, suitable only for tropical gardens. The seeds are at times used in lieu of betel and the vegetative apex consumed as “heart of palm” © G. Mazza

The inflorescences generate between the leaves (interfoliar), up to about 1 m long, initially enclosed by two deciduous bracts, the outer one shorter than the inner, with ramifications of second order bearing unisexual sessile flowers arranged in triads (one female flower between two male). Ovoid fruits with elongated apex, 1-1,2 cm long and of 0,5-0,6 cm of diameter, red when ripe, containing only one ovoid seed 0,7-1 cm long and of 0,4-0,5 cm of diameter.

Palm of remarkable ornamental and landscaping value, but with rather slow growth, almost unknown in cultivation, present only in the botanical gardens and collections of lovers of the tropical and humid subtropical climate zones. It bears the full sun, apart the first years of growth when requires a partial shade, and is not particular about the soil, provided draining, maintained almost constantly humid, in the seasonal climates is consequently to be regularly irrigated during the dry season.

The seeds are at times utilized as substitutes of the betel, please see Areca catechu, and the vegetative apex (heart of palm) is locally consumed, use that causes the death of the plant, being a species with solitary stem, and that should be discouraged.