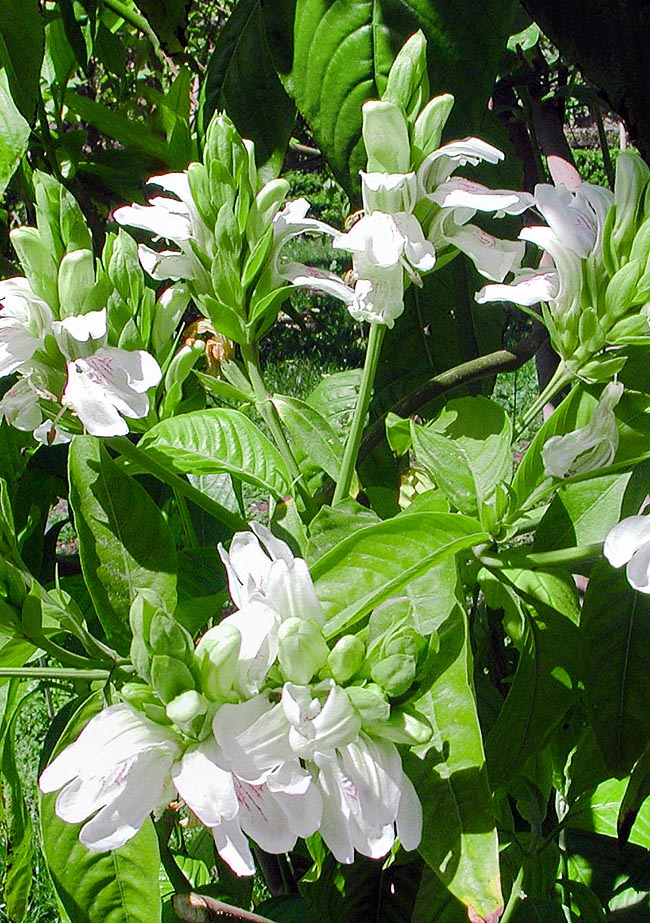 Cultivable in tropics but also in open air in warm temperate zones, Justicia adhatoda is native to Nepal, India, Sri Lanka and Pakistan, found in the slopes of the high plains of the Great Himalayan Chain © Giuseppe Mazza

The Justicia adhatoda L., commonly known as Malabar nut is a species that lives in Nepal, India, Sri Lanka, Pakistan (Pathohar and Phorwala), and is found in the high plains at the lower slopes of the great Himalayan Chain.

The generic name is dedicated to the Scottish horticulturist Sir James Justice (1698-1763).

The specific name is the Latinization of its native name. In the Tamil language “Adathodai” means “sour plant not appreciated by the goats” (from “Adu” = great and “Thoda” = does not eat).

It is an evergreen bush, 2-3 m tall, with opposite, elliptic, entire, acuminate with short petiole, up to 20 cm tall and 10 cm broad, leaves.

The flowers, merged in axillary spikes, have a 5 toothed gamosepalous calyx and a bilabiate corolla of white colour, with short tube, bilobate upper lip and trilobate lower one with a purplish central striation.

The fruit is a capsule containing 4 seeds.

It abundantly blooms between spring and summer.

Justicia adhatoda is cultivated in open air in the zones with mild climate; whilst it requires to be sheltered in a temperate greenhouse during winter in the coldest regions. It loves light soil, well drained and end expositions in partial shade.

It is an ornamental plant that is utilized in the parks and in the gardens mainly for its abundant and showy flowering.

It multiplies by cutting in spring or by layering.

In countries like India, Japan, Nepal, Pakistan, this plant, since various millennia, is used for fighting tuberculosis and respiratory infections. The juice and the extract of the fresh leaves are used in the Ayurvedic, Siddha and Unani medicines for their medicinal properties. In fact, the extracts contain various phytochemistry substances such as alkaloids, tannins, saponins, phenols, flavonoids and essential oils. 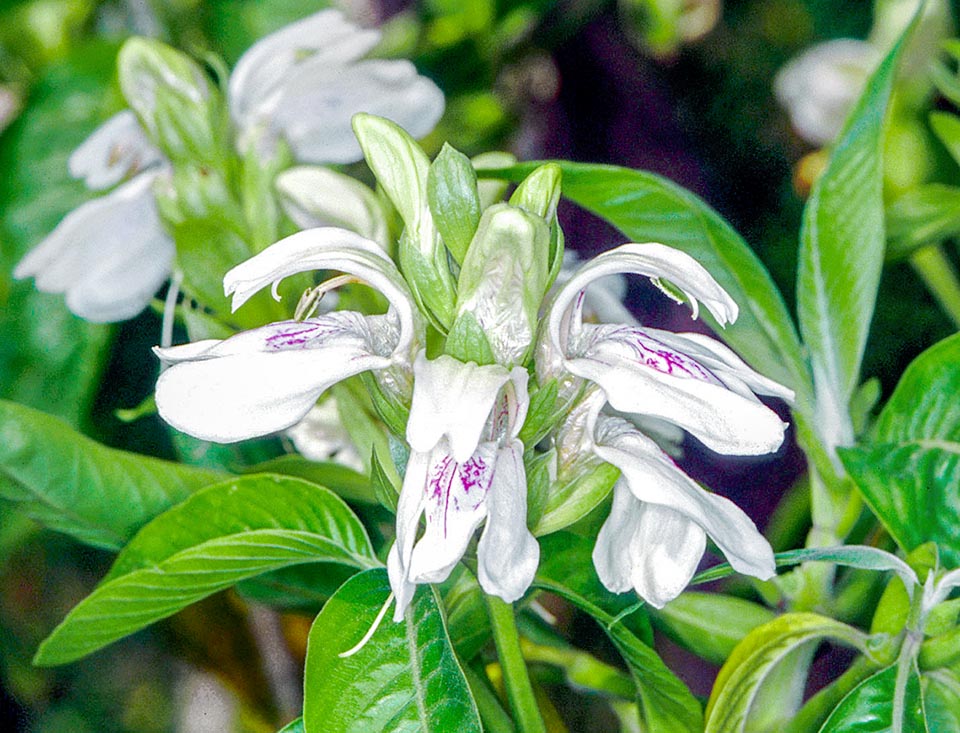 Evergreen shrub, 2-3 m tall, with opposite, elliptic, entire, sharp, with short petioles leaves, up to 20 cm long and 10 cm broad. The flowers, merged in axillary spikes, have white bilabiate corolla, with short tube, bilobate on upper lip trilobate under with purplish central stria. It multiplies by cutting or by cutting in spring © Giuseppe Mazza

The most important is the vasicinone, an alkaloid with a bronchodilator activity that allows to free the respiratory tracts, favouring the expulsion of the sputum especially in sore throat and in cough. The vasicinone is utilized in the allergic phenomena because it behaves like an antihistaminic. The essential oil, besides being a good fluidifier, has antiseptic property, hindering the growth of the bacteria peculiar to the respiratory tract. 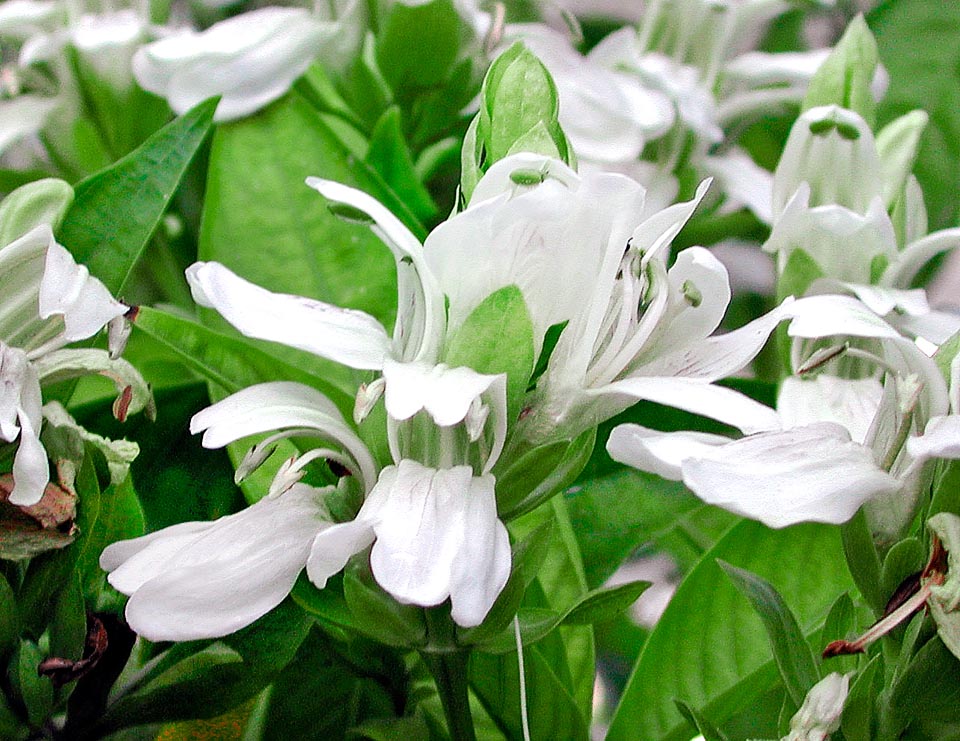 The extracts of this plant are utilized also for treating the epistaxis, the hepatitis, the ocular pathologies, the hemorrhoids caused by the peptic ulcer, the menorrhagia and the hemorrhoids.

→ To appreciate the biodiversity within the family ACANTHACEAE please click here.