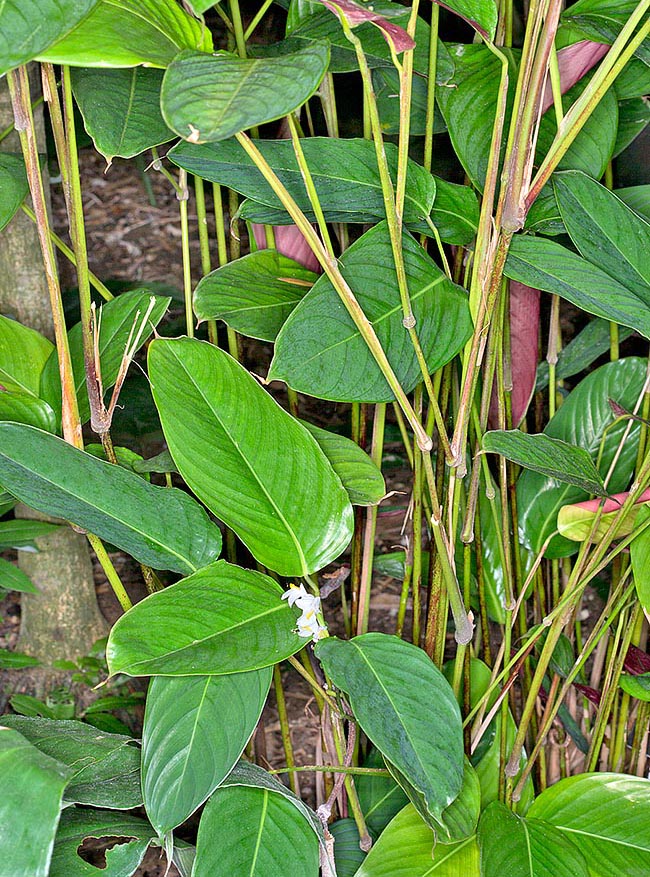 Marantochloa cordifolia is a perennial erect, evergreen, rhizomatous, herbaceous species of the tropical African swampy forests. Almost unknown out of its origin zones, may even be 2 m tall © Giuseppe Mazza

The species is native to Angola, Cabinda, Cameroon, Central African Republic, Congo, Democratic Republic of the Congo, Gabon and Nigeria, where it grows in the underwood of the swampy forests and along the banks of the water streams.

The leaves, on a 15-25 cm long petiole, are alternate, simple, ovate to oblong-ovate with long pointed apex and entire margin, 16-30 cm long and 8-18 cm broad, of glossy intense green colour above, opaque below.

The fruit is a tri-lobed globose capsule, of about 8 mm of diameter, of red colour containing three trigonal seeds provided of aril. 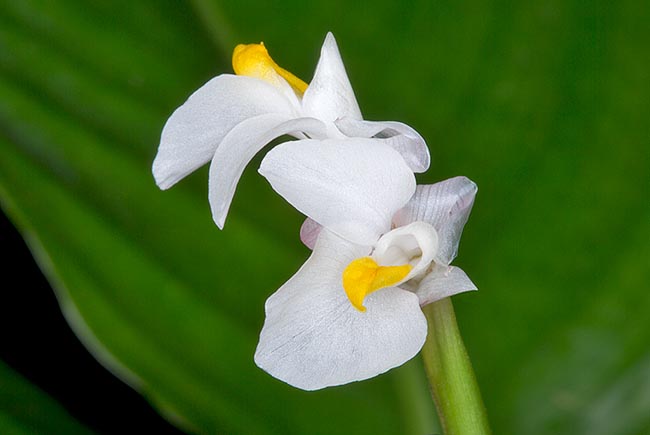 It reproduces by seed, in draining loam maintained constantly humid at the temperature of 24-26 °C, and easily by division.

Semi-aquatic species practically unknown out of the origin zones, cultivable in the tropical and humid subtropical zones on swampy or periodically flooded soils, requires an exposition in full sun or a partial shade.

The fibres gotten from the stems are utilized by the local populations for fabricating ropes, baskets, fishing nets and other objects of common usage.

The species is part of the gorillas diet during the dry season, when the fruits of the forest run low.