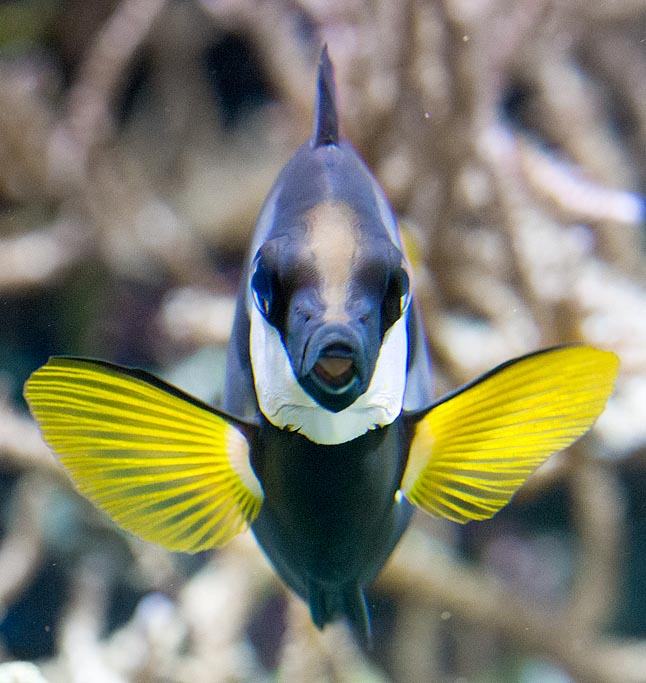 The Bicolored foxface (Siganus uspi Gawel & Woodland, 1974) belongs to the class of Actinopterygii), the ray-finned fishes, to the order of Perciformes and to the family of Siganidae that counts only one genus, Siganus, with 29 species.

These are the so-called rabbitfishes or foxfaces, due to the profile of the head with protruding lips and small interlocking teeth for cutting plants and weeds in the submerged prairies. Mainly marine, but also of brackish water fishes, that rarely exceed the 40 cm of length and may at times cover an important role in the human feeding.

The specific name uspi , means “of USP”, acronym of the University of the South Pacific for which Michael J. Gawel in 1974 did describe this fish.

The Siganus uspi is a species endemic to the Fiji Islands, but some erratic specimens have been found also in New Caledonia.

It is a marine species linked with the madreporic formations. We find it on the outer side of the reefs, not beyond the 30 metres of depth, and in the calm waters inside the barriers. 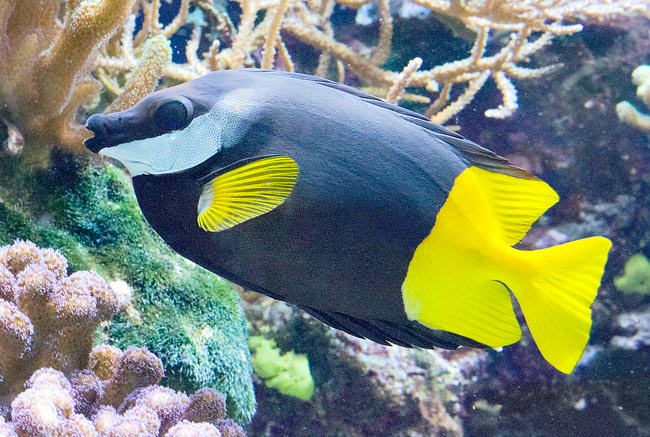 In the shape of the oval body, flattened on the sides, with its elongated snout, it recalls the best known Siganus vulpinus or the Siganus magnificus and may reach the length of 24 cm.

The spiny rays, as in other Siganus, are imbued with a powerful poisonous mucus, luckily thermolabile, that causes painful wounds.

The livery is unmistakable. Apart the vast white belt under the lips, that covers the chin and most of the operculum fading toward the back, and a white spot hidden by the pectoral fins, about 2/3 of the body are practically black, with brown or violaceous shades. 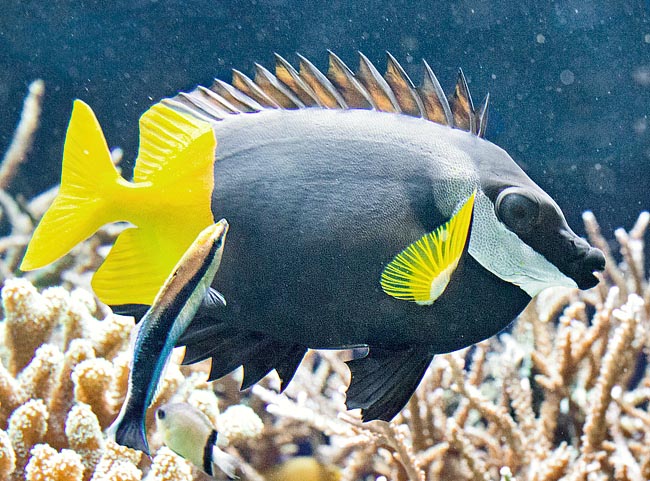 When annoyed, as from this Labroides dimidiatus, raises the fins poisonous rays © Giuseppe Mazza

In conclusion, its a fish with blocks of light and shadow that in the colourful world of the corals by sure reveal as mimetic.

The Bicolored foxface has a mainly vegetarian diet, but nourishes also of zooplankton and of the small invertebrates it discovers among the corals while removing the infesting algae.

The juveniles live in schools, the adults in couple.

The eggs are abandoned to the currents.

Though endemic, it is not an endangered species. As a matter of fact, the resilience is excellent.

Less than 15 months are necessary for doubling the populations decimated by the events, and the vulnerability index is consequently incredibly low, marking just 18 on a scale of 100. 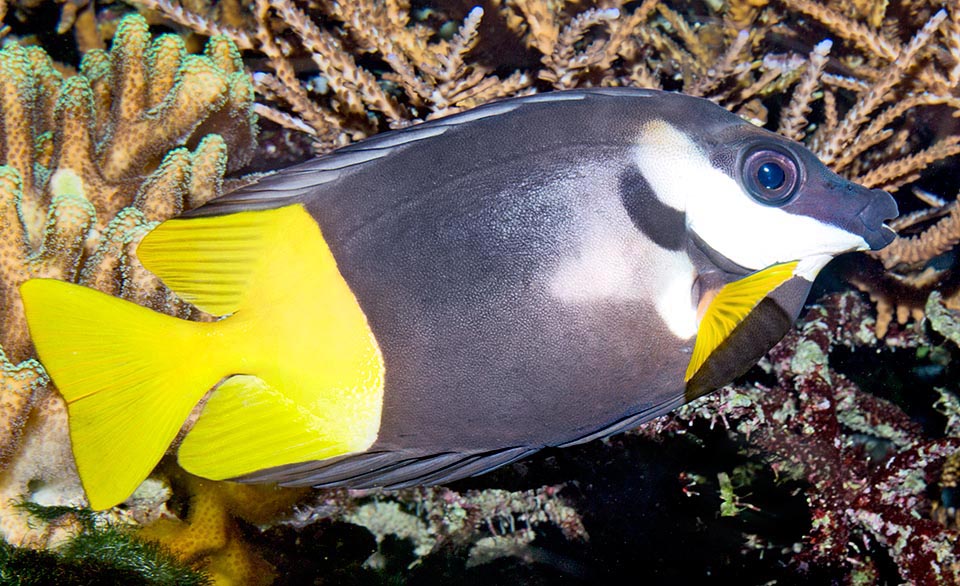 Excellent resilience: in fact 15 months are enough to double the populations decimated by the events. Though endemic, is thus not an endangered species © Giuseppe Mazza