The eye-catching Blue tang surgeonfish (Acanthurus coeruleus Bloch & Schneider, 1801), belongs to the class of Actinopterygii, the ray-finned fishes, to the order of Perciformes and to the family of Acanthuridae.

The name of the genus “acanthurus”, comes from the Greek “akantha”, spine, and “ura” = tail, due to the spine sharp like a razor that these animals do have on both sides of the tail. The name of the species “coeruleus” means in Latin light blue, and in fact, it is blue-azure.

This is one of the few acanthurids present in the tropical waters of the American Atlantic coast. Frequent in the Caribbean, it is found from Brazil to Florida, and, in the middle of the ocean, in the Ascension Island. 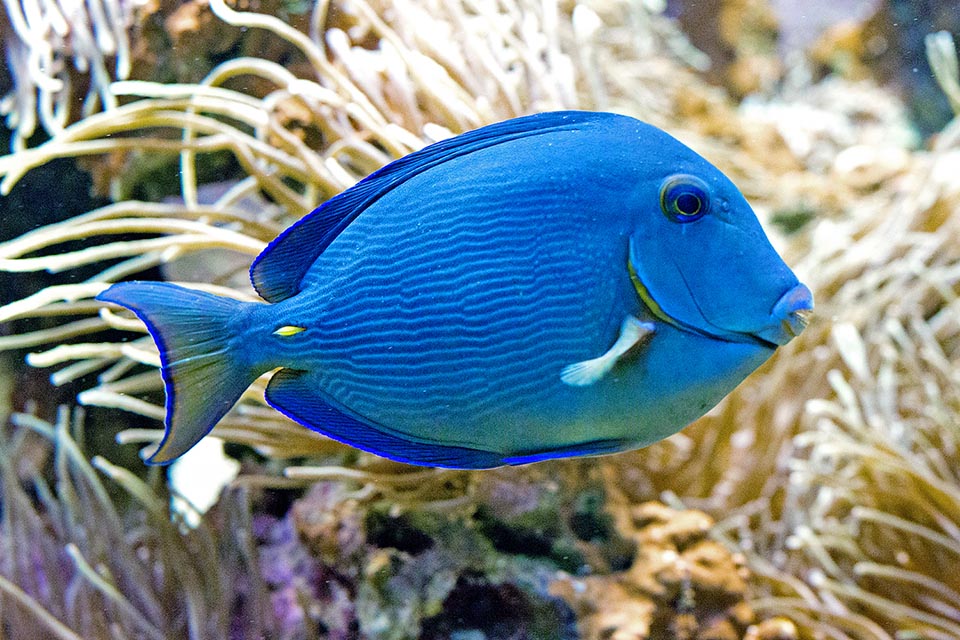 With its elegant mimetic livery of thin broken lines, Acanthurus Coeruleus lives in the tropical waters of the American atlantic coast © Giuseppe Mazza

It lives in the madreporic formations and along the rocky coasts covered by seaweeds, between the 2 and the 40 m of depth, even if, rarely, it goes down under the 20 m.

It can reach the 39 cm, but the average size is of around 25 cm. The body is flat, almost oval, with only one very long dorsal fin with 9 spiny rays and 26-28 soft ones. 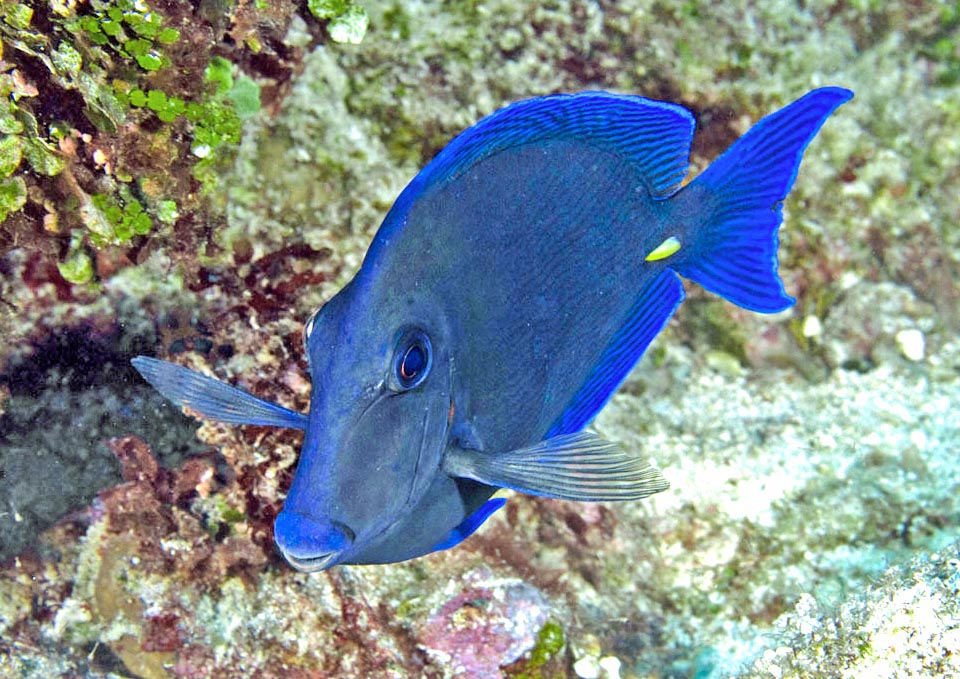 The body is flat. On the blue background stands out, warning predators, the yellow case with the sharp blade of the caudal peduncle © Paddy Ryan

The overall colour, rather variable, is blue with thin light blue lines often broken. Characteristic is the yellow case containing the cutting blade, on the caudal peduncle. Once again, this is a warning for the predators and the fishermen, who, more than once, have been wounded in the hands. The mouth shows two fleshy lips with tiny teeth, made for cutting the seaweeds.

It moves in small groups, especially during the day, looking for vegetables and occasionally for small animals, like when it is curiously removing the parasites of the Green sea turtles (Chelonia mydas). 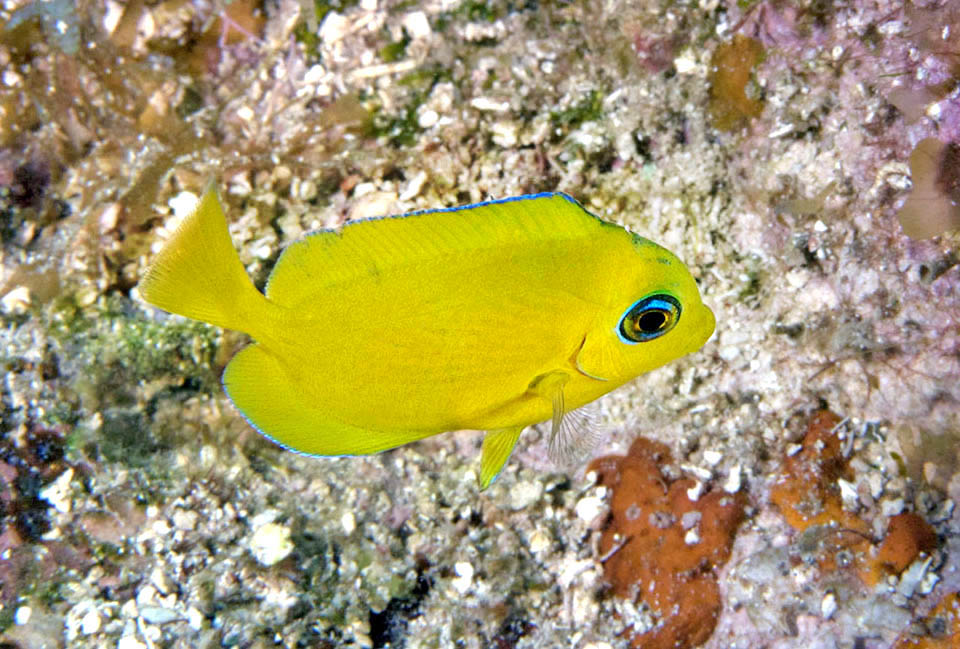 Even if the flesh is by sure not prized, it often falls in the nets not to forget the sad trade of the marine fishes for the domestic aquaria. Its populations might double in 1,4-4,4 years, but they are rather scattered and therefore it is a species to be kept under control with a high index of vulnerability: 59 per 100.